This Mazda 757 began life as chassis number 003. It made its racing debut in 1986 at Silverstone. Races that followed included Spa and LeMans before it returned to race in Japan, where it won the GTP Class in the Fuji 1000 km. When the racing season came to a close, the car was rebuilt and re-numbered 103. With its new chassis number, it raced at LeMans where it finished seventh overall and first in the IMSA class. This would be the car's only race during the 1987 season.The car was later sold to Shizumatsu Racing who continued to campaign the car in Japan from 1988 through 1990.
Recently, the car has been restored to its LeMans class winning livery.
By Daniel Vaughan | Feb 2018

The earliest C2-class prototype racecars Mazda campaigned on the international circuit were constructed with the assistance of engineering partners like Lola and Mooncraft and had two-rotor Wankel engines closely related to the road-going 13B from the RX-7. The Mazda 757 signaled a clean break from its partner programs, with its chassis developed by Nigel Stroud exclusively for Mazdaspeed, Mazda's motorsports division. This would be the start of Mazda's racing ascendance that ultimately peaked at the 1991 24 Hours of LeMans in the 787B.The 757 ushered in the development of the all-new 13G three-rotor engine - the very first three-rotor Wankel used in a Mazda racecar. Two 757s raced in the GTP class at the 1986 24-hour classic, but both suffered from transmission issues. But they would return, ever better from one race to the next - the epitome of Mazda's 'Never Stop Challenging' spirit.Driven everywhere from the World Endurance Championship in Europe to the All Japan Sports Prototype Championship, chassis Number 003 was eventually retired in 1990. Today, it is owned and driven by Ed Taveri of Switzerland.

Recent Sales of the Mazda 757

Mazda 757s That Failed To Sell At Auction 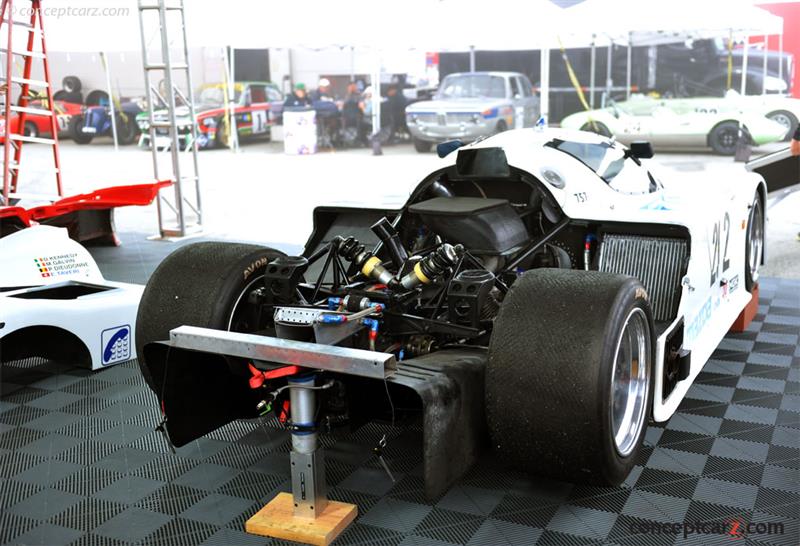