Sold for $335,000 at 2018 Bonhams : Amelia Island Auction.
Delahaye built their first automobile in 1894 and would grow over the years to become one of the most innovative and successful French luxury car manufacturer of the pre-war period. Their history began with building belt-driven single and twin cylinder horseless carriages. Delahaye was able secure funding which allowed him to hire some influential and creative engineers who would help his company grow. Many patents were issued to Delahaye prior to World War I and perhaps the most important were for a V6 cylinder layout as well as a twin-cam multi-valve engine.By the mid-1930s came the first of a new generation of Delahaye vehicles that would transform the marque's image - the T135 Coupe Des Alpes. This sporting car was powered by an engine that had first appeared in a Delahaye commercial vehicle. The 3.2-liter, six-cylinder, overhead-valve unit produced 110bhp on triple Solex carburetors, while the chassis featured transverse-leaf independent front suspension, four-speed synchromesh or Cotal gearboxes, center-lock wire wheels and Bendix brakes. The following year, Delahaye introduced the 3.6-liter, 120/130 horsepower T135MS. In this guise, the sports version capture 2nd, 3rd, 4th and 5th places in the 1935 French Grand Prix and winning the Monte Carlo Rally and LeMans 24 Hours Race outright in 1937 and 1938 respective. Prince Bira won the 1938 Donington 12-Hour Sports Car Race in Prince Chula's example and went on to take victory in Brooklands' 'fastest road car in England' race.
After World War II, the model was resurrected as the 135M with the 3.6-liter engine and lasted in production until 1951. By this point in history, the company was in serious financial difficulty as a result of the French government's taxation policies, which penalized cars of over 3.0 liters. In 1954, Delahaye was taken over by Hotchkiss.
This particular 1950 Delahaye 135M Cabriolet wears coachwork by Saoutchik of Paris. Power is from a 3557cc overhead valve inline 6-cylinder engine fitted with a single Solex carburetor offering nearly 100 horsepower. There is a four-speed manual transmission and four-wheel drum brakes. This car was acquired over a decade ago by its current caretaker. It has a contemporary design with a compact cabin that can accommodate four persons. The black bodywork is trimmed in chrome with tear drop 'ventiports' on the front fenders and the rears are accented with chrome moldings wrapped along their edges. There is a divided chrome windshield and side opening hood with central chrome bar. Chrome Ducellier headlights are supplemented with driving lights beneath and indicating lamps in the center of the front fenders as well as with small side repeaters on the rear quarters. Inside, there is a central ivory colored console. It has a hydraulic power top and windows. When the current owner acquired the car in 2007, it was reported by the seller that the car had never been repainted and was in need of aesthetic improvement. It subsequently has received sympathetic refurbishment, being refinished in the present black livery for its bodywork, and the bumpers were removed. The interior was done in a green/blue hue, which contrasts with the body color. The leather upholstery is piped to match dash.
By Daniel Vaughan | Apr 2018
Coupe by Vanvooren
Atlas Cabriolet by Guillore
Chassis#: 801621
Chassis#: 801636

1950 Delahaye 135M's that have appeared at auction but did not sell. 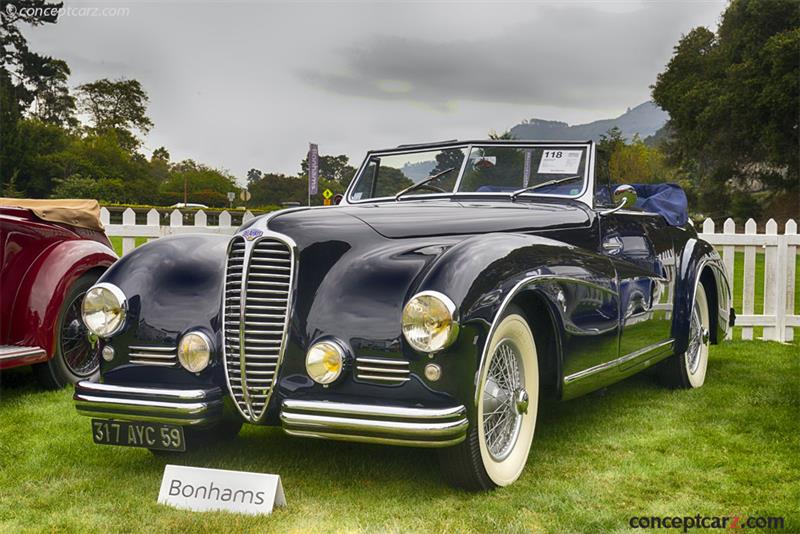 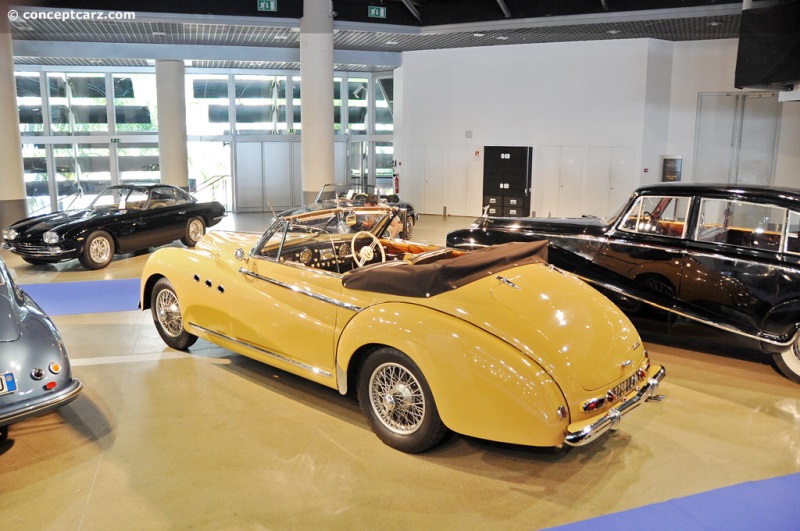 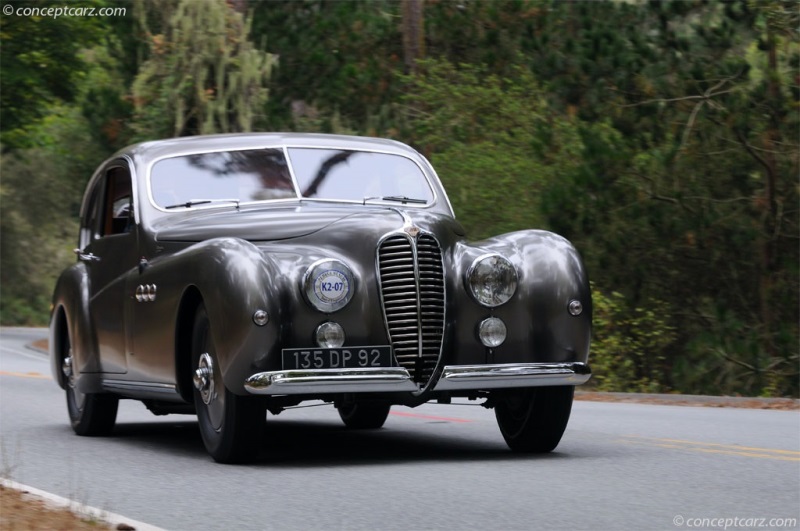 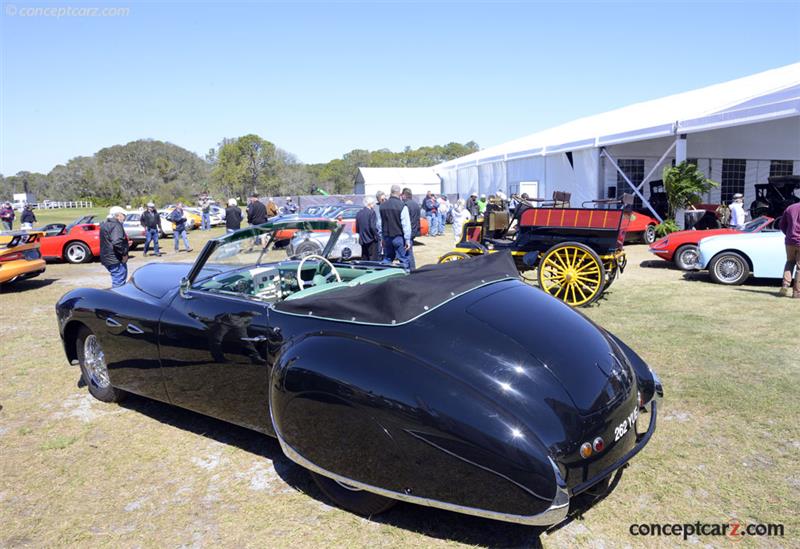