Though the early Range Rover was never officially sold in the Únited States, it needs to be mentioned because it was the vehicle that set the stage for the return of Land Rover to North America. The Range Rover was conceived by Spen King and others as a vehicle with car-like-on-road comfort and performance that could also offer the go-anywhere capability that was expected from a Land Rover. Introduced in 1970, it was an instant sensation with beautiful proportions and functional lines, long travel coil suspension and a large window area. It was the beginning of a fabulously successful 25 years of production.

In 1987, Range Rover was introduced at the L.A. Auto Show in January. The first Range Rover sold in the Únited States was 3/16/1987. At that time, Range Rover of North America had 70 employees. Total Ú.S. sales in 1987 were 1,762 vehicles. The 1987 and 1988 Range Rover was a roaring success. It was loaded with character and off-road capability. Automotive writers across America loved the new entry that had quickly become the ultimate SÚV to own. 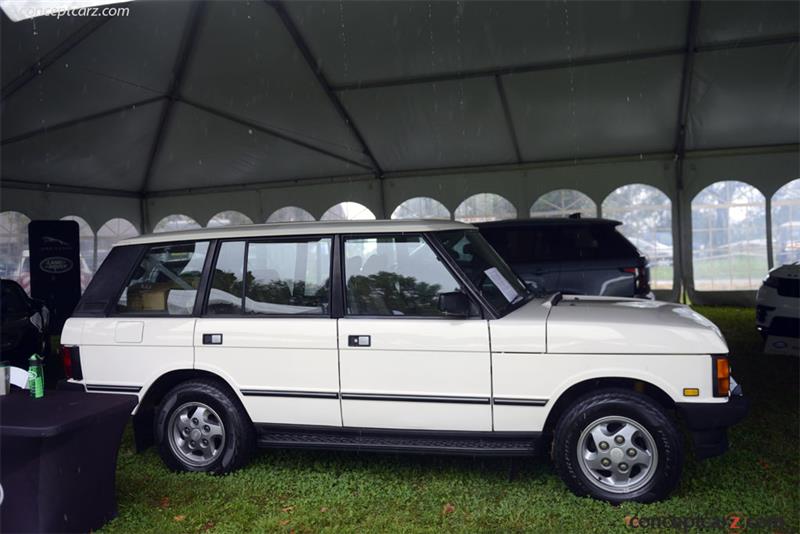 This 1994 Range Rover Country LWB is one of 2,487 sold in the Ú.S. for that model year. The MSRP of this vehicle was $50,200. This LWB is finished in Alpine White with a Sorrell Tan interior. It was sold in California and remained there until the current owner purchased it in 2014 and brought it to Pennsylvania. The current owner was an employee of Land Rover at the time.Source - Vehicle Owner
No auction information available for this vehicle at this time.

1994 Land Rover Range Rover's that have appeared at auction but did not sell.