Sold for $99,000 at 2017 Worldwide Auctioneers : Scottsdale, AZ.
Sold for $170,800 at 2021 Worldwide Auctioneers : The 14th Annual Auburn Auction.
The Alvis Company was founded in 1919 by engineer T.G. John when he acquired the rights to an automobile engine and the brand name of its aluminum pistons - 'Alvis.' Captain G. T. Smith-Clarke was appointed Chief Engineer and W.M. Dunn as Chief Designer in 1922. What soon followed was the immortal 12/50, equipped with a new overhead-valve engine of 1496cc. It made its competition debut at Brooklands in 1923 where it secured a victory in the 200 mile. Powerful six-cylinder models, equipped with a cruciform-braced chassis, four-speed all-synchromesh gearboxes, and independent front suspensions followed. The Silver Eagle model was produced in two distinct groups, beginning with the 1,498 'Vintage' Silver Eagles built from 1929 through 1932. Approximately 677 'Post Vintage' (PVT) Silver Eagles followed, with sales lasting from 1935 through 1937. Two versions of the PVT Silver Eagles were built - the 'SF' which had a 2,138cc six-cylinder engine and the higher-specification 'SG' with a more-powerful 2,653cc engine. Just 15 examples were clothed with four-passenger, two-door Sport Touring bodies by Cross and Ellis. Just 9 examples remain.
This example was delivered by Alvis Ltd. to Bamers of Leeds, on April 4th of 1935, where it was acquired by Mr. Grange Sheard that same day. It is believed the car was put into storage during Mr. Sheard's ownership. In 1967, it changed ownership for the first time. In July of 1967, it was acquired by Elazar Behar of Seattle from Jack Bond of Vintage Autos Ltd. in London, England. On August 23rd of 1967, it was loaded onto the Royal Main Line freighter SS Loch Loyal and shipped to Los Angeles, where it cleared customs prior to arriving in Seattle on September 12th of 1967.
In October of 1972, Mr. Behar sold the Alvis to Paul Lutey of Freeland, Washington, through whom it passed in January 1976 to George Raab of Sammamish, Washington. In 1984, it was given a full restoration that took five years to complete with several thousand hours of work performed. After Mr. Raab's passing in October of 2013, the current caretaker acquired it from the Raab estate. The new owner submitted the car for CCCA Full Classic recognition. The status was bestowed upon the car in January of 2014. This Alvis has been shown at the following events: Concours d'Elegance at The Wood in Lynnwood, Washington, the Crescent Beach Concours d'Elegance in Vancouver, British Columbia, and the Pacific Northwest Concours d'Elegance at the LeMay – America's Car Museum.
By Daniel Vaughan | Sep 2018

Alvis Silver Eagle SGs That Failed To Sell At Auction

1936 Alvis Silver Eagle SG's that have appeared at auction but did not sell. 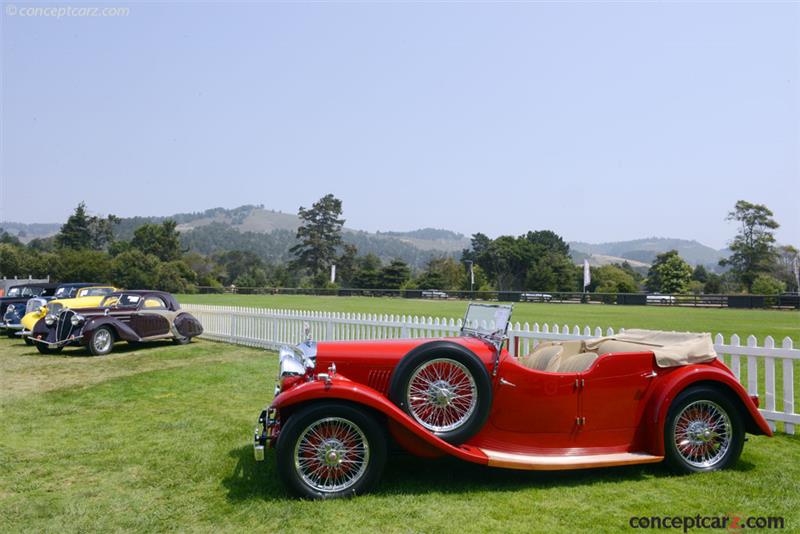