Sold for $650,000 at 2018 Bonhams : Quail Lodge.
Sold for $850,000 at 2020 RM Sothebys : Open Roads, Fall.
Ruf Automobile GmbH was founded in 1939 by Alois Ruf Sr. It was a service garage that later expanded to a full-service gas station in 1949. In the late 1940s, RUF began experimenting with vehicle designs of their own, and in 1955 designed and built a tour bus. This led to the creation of a separately owned bus company. Alois Ruf Jr. was passionate about automobiles and in the early 1960s began restoring and servicing Porsche vehicles out of his father's garage. Alois Sr. passed away in 1974 and Alois Jr. assumed control of the business. In 1975, the first Ruf-tuned Porsche made its debut. In 1987, the company built the CTR, known as the 'Yellowbird', which may be their most famous creation. It was the fastest road-going Porsche and possibly the fastest car in the world at the time with a top speed of 213 mph. Its powerplant was a modified 3.2-liter flat 6 engine, which had its cylinders bored out to a displacement of 3.4-liters. It was given an uprated ignition system courtesy of the 962 racing car, two turbochargers, and two intercoolers. It produced 469 horsepower. Along with engine modifications, RUF made the car lighter and more aerodynamic. Aluminum was used for the hood, doors, and engine cover. Fiberglass was used for the bumpers. A total of 441 lbs was removed from the donor Carrera 3.2 resulting in a low curb weight of just 2,535 lbs.
In 1995, the replacement for the 'Yellowbrid' arrived. It used a new 993 Turbo chassis but kept the same formula as before - low weight, lots of horsepower, and brisk performance. The CTR2 was also available with either two or four-wheel drive. It had a Kevlar body, lightweight glass, a RUF manufactured coil-over system, and a dual functioning rear wing that helped create downforce and feed the intercoolers. The engine, sourced from the 962 Group C race car, was tuned to produce 520 horsepower. Zero-to-sixty mph was accomplished in just 3.5 seconds and had a top speed of 217 mph.
In 2007, RUF introduced the CTR3. It had a mid-engine layout and a new chassis constructed of steel, aluminum, and Kevlar-carbon. Power was from a twin-turbocharged Porsche flat-6. It was a 3.8-liter unit that produced nearly 700 horsepower. It had a 6-speed sequential manual transmission, and large internally ventilated and perforated ceramic composite brakes. This particular CTR3 example left the factory finished in Chroma Flash Hologram Matte paint and a vibrant 'Lipstick' red leather interior with Stone Grey carpets and alcantara. It was optioned with a hydraulically adjustable front axle, tire pressure monitoring system, red 6-point seatbelts, extended navigation module, telephone module, and a 6-disc CD changer. The car was ordered in May of 2007 and delivered in April of 2008. Its first owner was from southern California. It has had only a few owners; the current owner is a RUF collector from Beverly Hills, California. The car has 1,562 miles on the odometer.
By Daniel Vaughan | Oct 2018

Recent Sales of the Porsche CTR3

Porsche CTR3s That Failed To Sell At Auction

2009 Ruf CTR3's that have appeared at auction but did not sell. 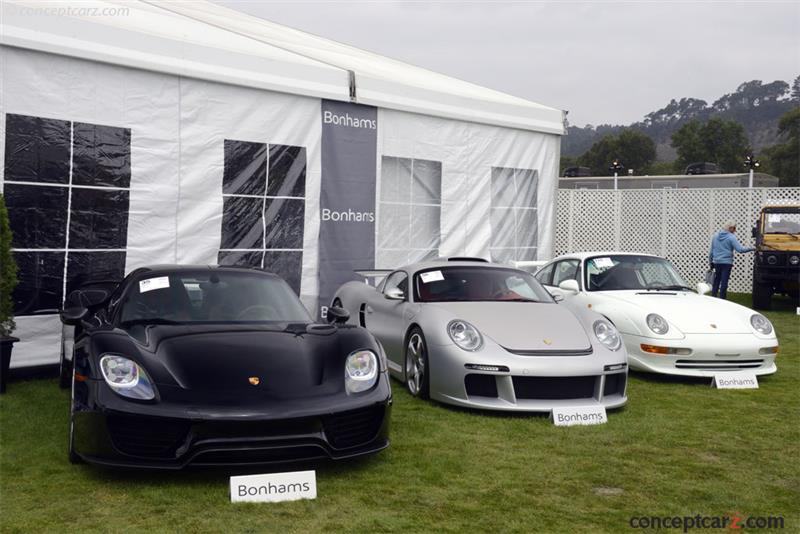