Sold for $1,738,000 at 2015 Bonhams Amelia Island Auction.
The product of the American Motors Company of Indianapolis (1906-1914) is most familiarly known today by the designation 'underslung', the resulting effect produced by the frame being hung below the axles. 'A car for the discriminating few' that would not 'Turn Turtle' like the average car, few were made and only a relative handful remain. This top-of-the-line 50/60 horsepower model has had few owners and would be a notable addition for the discriminating collector.The American Motor Car Company was founded in 1906 and based in Indianapolis, IN. It produced its first 'Underslung' car in 1907; however, the name was not derived until 1912. The Underslung design was an attempt to make the car as low as possible. The chassis was designed by Harry C. Stutz who later designed his own car. It was chief engineer Fred I. Tone who turned Stutz's chassis upside down to place the frame below the axles. The Underslung models provided safety that many other early manufacturers could not guarantee. The Underslungs were virtually impervious to roll-overs. Sales documentation stated that the vehicles could be tilted up to 55-degrees without rolling over.The American Underslung's chassis design and huge 40-inch wheels gave it a distinctive appearance and it was noticeably lower than other cars of the same era. The chassis was hung below the axles rather than set atop them, giving the sports car appearance and handling. The Underslung was one of the most significant automobiles of the century's first decade and marketed at the upper price range with prices ranging from $1,250 to $4,000.
This vehicle is powered by a 4-cylinder, 7.8-liter (491 cubic-inch) engine, capable of producing 50 horsepower.
The American Underslung marketing slogan was 'The Car for the Discriminating Few' and apparently, there were few buyers. Although new models were introduced for 1914, then the end came when the firm was put into receivership in November 1913.This American Underslung was once in the care of Lindley Bothwell. In the late 1940's, Mr. Bothwell passed his Underslung to D. Cameron Peck. Mr. Peck would amass hundreds of automobiles in Chicago warehouses over his lifetime in the hobby. Between 1949 and 1952, much of the Peck collection was liquidated at some of the earliest 'private collection sales.' This Underslung was purchased at one of those auctions by John Wallerich, and it would remain in his family's care for over three decades before it entered the Richie Clyne collection. The next owners were Sam and Emily Mann. While in the current owner's care, the car was given a restoration.

American Underslung Model 50s That Failed To Sell At Auction

1908 American Underslung Model 50's that have appeared at auction but did not sell. 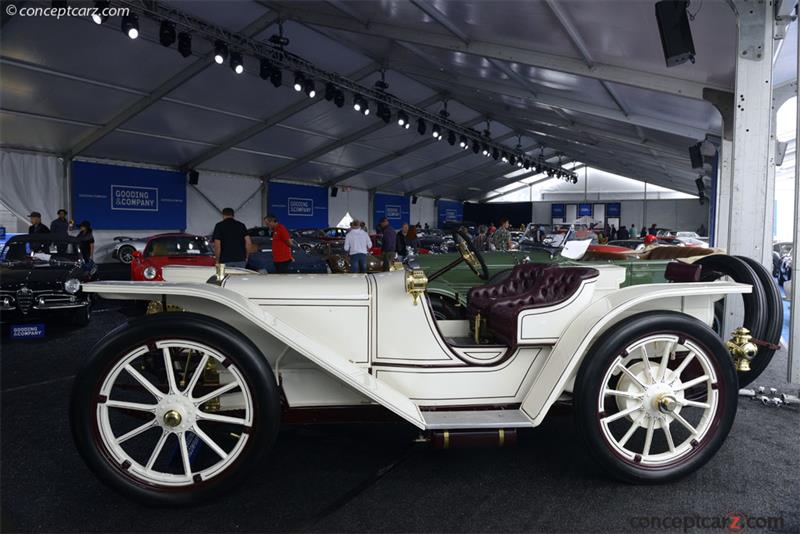