Sold for $3,080,000 at 2018 Gooding & Company : Pebble Beach.
In the mid-1950s, Enzo Ferrari's first son, Alfredino 'Dino', work with engineer Vittorio Jano to develop Grand Prix cars powered by V-6 engines. In 1957, less than a year after Dino's untimely death at the age of 24, the 246 Grand Prix model was introduced. Although having half the cylinders of the traditional Ferrari, it was rather successful, becoming the first V-6-powered car to win a Formula 1 race. It was also among the last of the winning front-engine cars, carrying Mike Hawthorn to the World Drivers' Championship and Ferrari to 2nd Place in the Manufacturers' Championship.Ferrari's first mid-engined Grand Prix car was the V-6 powered 156 F1 of 1961, which won the International Cup for Manufacturers. The first mid-engine Ferrari sports prototype was the 246 SP, which was based on the Grand Prix-derived 2.4-liter V6. The mid-engine layout and the V-6 engine had both proven their potential in competition. In early 1965, Carrozzeria Pininfarina began exploring the possibilities of a road-going Ferrari Dino, powered by a new two-liter V-6 engine and built in collaboration with Fiat. Inspired by Ferrari's Dino sports racing prototypes, Sergio Pininfarina and Leonardo Fioravanti quickly settled on an exotic mid-engine layout.
Pininfarina designer Aldo Brovarone created a two-seat coupe sketch in May of 1965. It was given a short wheelbase, aerodynamic features, and rounded-front fenders. The first prototype was known as the Dino Berlinetta Speciale. It made its debut at the Paris Auto Salon in October 1965. It rested on a Tipo 585 competition chassis, numbered 0840, and sat very low to the ground. The interior offered very minimal space, and it did not run.
Additional work resulted in the Dino Berlinetta GT of 1966. It was the first mid-engine, six-cylinder Ferrari designed for use as a road car. It used a Tipo 599 chassis, numbered 00106, and powered by a longitudinally-mounted Tipo 135B all-alloy V-6 engine fitted with three Weber 40 DCN carburetors. It has a five-speed manual transaxle and four-wheel Girling Ventilated disc brakes. Pininfarina's Berlinetta GT was a significant step towards a production-ready Dino, although Enzo Ferrari demanded that the engine be mounted transversely before the design was finalized for production. The task was assigned to the project's lead engineer, Angelo Bellei, who worked on solving the request. In 1967, Ferrari unveiled the production Dino, the 206 GT. This particular example is the prototype Dino Berlinetta GT. It was completed on December 1st of 1966; in 1967 it was assigned a production 206 GT chassis number of 00106, and was sold to its first private owner, Tullio Lombardo of Napoli, Italy. The car remained with Sig. Lombardo until 1968, when it was acquired by Charles Betz and Fred Peters of Orange, California. Mr. Betz and Mr. Peters sold the car to Harold Austin, who in turn sold it to Dr. Eli Mishuck of Arcadia, California. Carle C. Conway III of New York purchased it from Dr. Mishuck in 1970. While in his care, the car was repainted silver gray.Mr. Conway retained the car until 1986, when it was sold to David Cohen. Mr. Cohen shipped the Dino to his home in South Africa, used it on several rallies, and then brought it with him when he moved to West Vancouver, British Columbia. Michael Sheehan purchased it in early 1993, and then treated the car to a restoration before presenting it at the Pebble Beach Concours d'Elegance that August. The current owner acquired the car in 1993.
By Daniel Vaughan | Nov 2018

Ferrari Dino Berlinetta GTs That Failed To Sell At Auction

1966 Ferrari Dino Berlinetta GT's that have appeared at auction but did not sell. 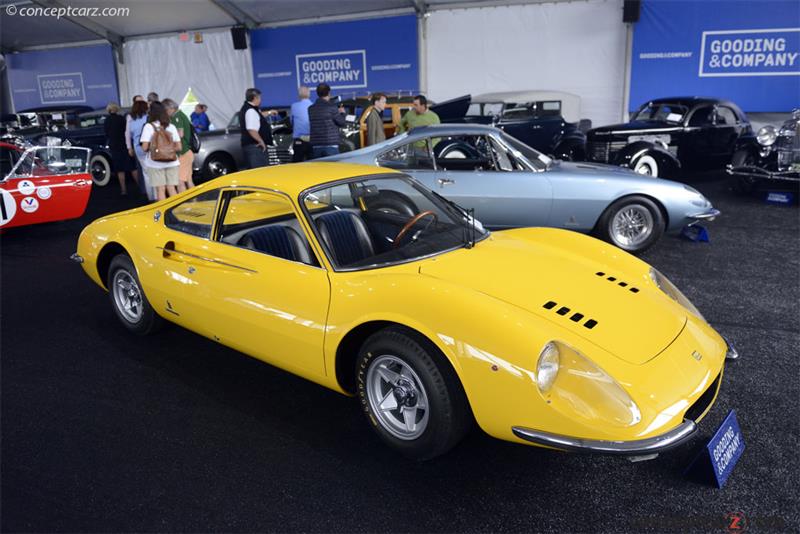