Sold for $198,000 at 2006 RM Auctions at Amelia Island.
Sold for $137,500 at 2011 RM Auctions - Hershey.
This 1912 Simplex 38 HP Double Roadster has a history that is not fully known. By the 1970s it was fitted with a 1924 Touring body. The new owner had Arthur Bergstrom of Illinois build the current body, a highly-correct reproduction of a Holbrook sporting double roadster. It was finished in red with black tufted leather seats and correct pinstriping. The engine is a 476 cubic-inch, T-head engine that offers 38/40 horsepower. There is a four-speed manual transmission and two-wheel mechanical drum brakes.In 2011, this vehicle was offered for sale at the Hershey Auction presented by RM Auctions. It was estimated to sell for $150,000 - $200,000. As bidding came to a close, the vehicle had been sold for the sum of $137,500 including buyer's premium.
By Daniel Vaughan | Aug 2019 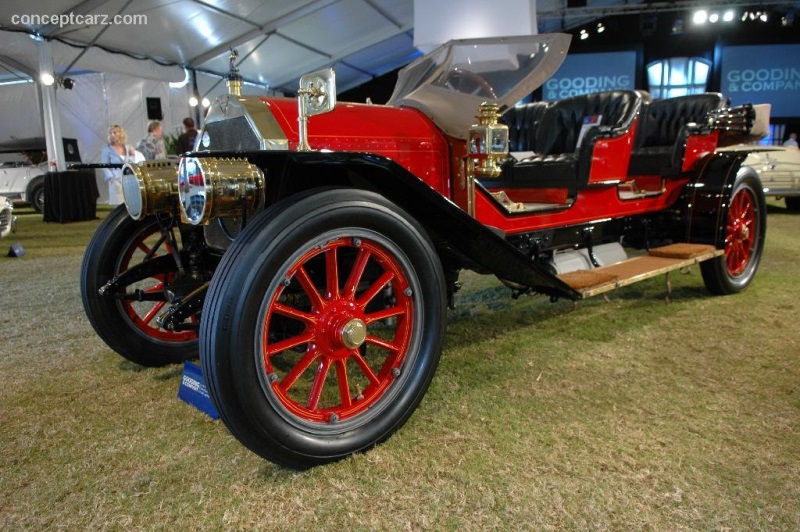 One of the few autos ever built in New York City, the Simplex was among the most respected American marques in the pre-WWI period. Starting in 1907 with a T-head 50 hp four-cylinder short-stroke engine and chain drive, the Simplex quickly racked up an enviable record in racing and soon became a favorite among the well heeled in society and commerce alike. They were painstakingly handcrafted from the best materials of their time and built by highly skilled workers. The model range was expanded over the next few years with the development of the 38-hp cars an exceedingly small output of 75- and 90-hp cars. 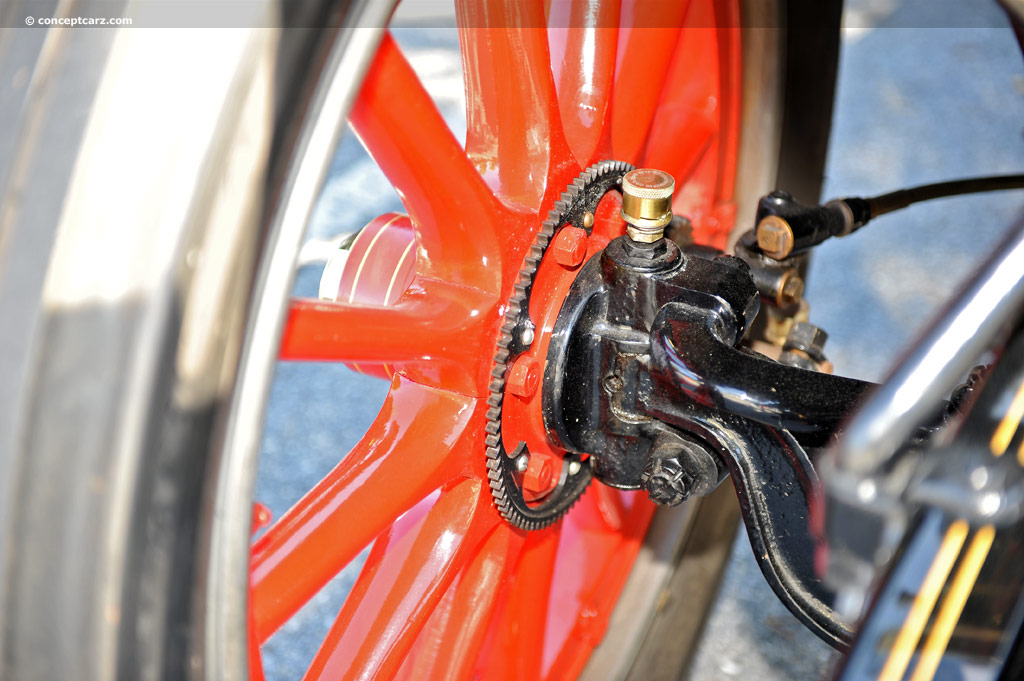 Coachwork on the Simplex ranged from downright stark, in the form of its bucket-seated Speed Car, to highly elaborate landaulets and limousines. Custom bodies by venerable firms like Holbrook and Quimby were mounted on Simplex chassis from its very beginning, and this tradition was carried on when the firm evolved into making Crane models in 1915. These Crane-designed cars used an L-head six-cylinder engine of immense quality, had a chassis price of $5,000 and, as with the earlier cars, carried custom bodies from Brewster, Demarest, Healey & Co, McNear and Farnham & Nelson, as well as the aforementioned coachbuilders. 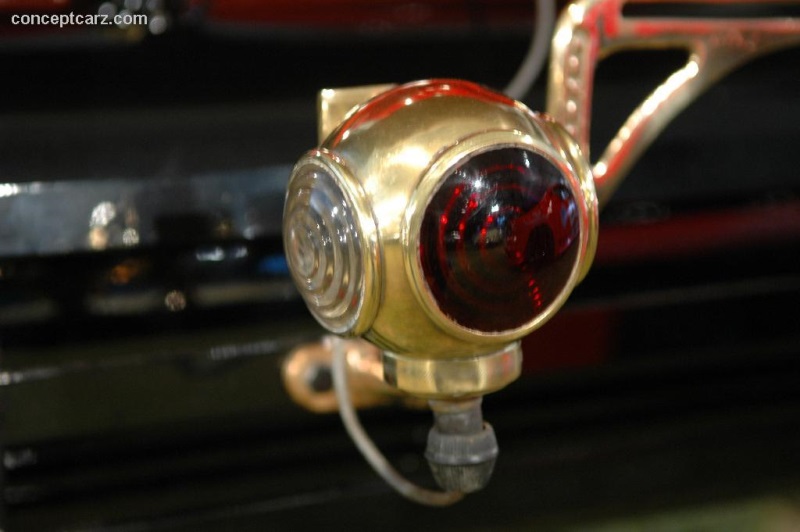 The 38-HP Simplex
Built as a companion model for the 50, the 38 was in no way a 'cheaper' car than the 50-hp cars, with factory prices ranging from $4,850 to $5,800. The principal difference in the two models was the 38's shaft drive rather than twin chains, which likely came as a relief to the owner/driver or chauffeur of Model 50s who had the unenviable task of lubricating the chains by dunking them in buckets of beef tallow. 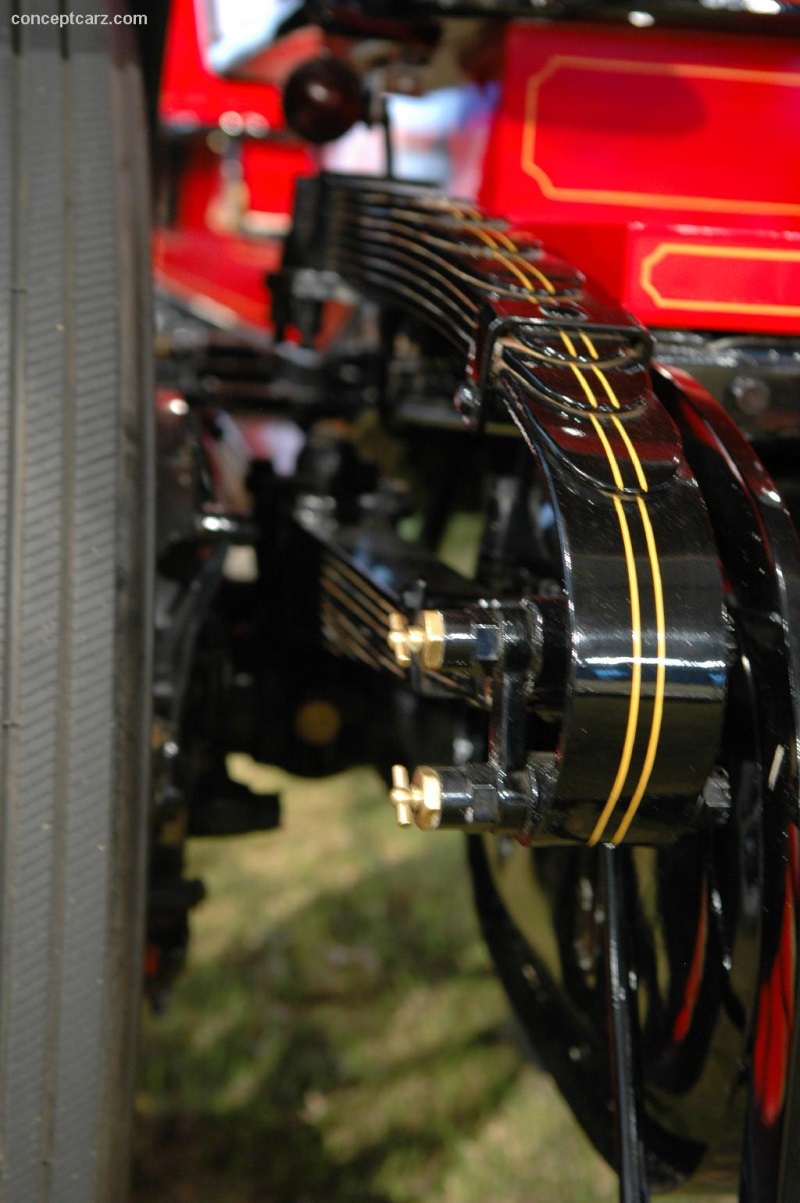 While the 50 claimed most of the racing credits, the 38 was certainly no slouch in the performance department, particularly with open coachwork and a 476 cubic-inch engine. But when the Crane model began production at the relocated assembly plant in Bayonne, N.J., the 38, along with the 50, was slowly phased from production, marking the end of a line of cars that were the closest thing America had ever built to rival the almighty Mercedes.

This Car
With its professionally applied red paint and imposing appearance, it's plain to even the most casual observer that this is a very special motorcar. A sporty Holbrook-replica double-roadster body trimmed in black leather impresses the eye, and a run through the four forward speeds would impress the car's occupants.

Restored for both show and go, it has had an electrical starter and generator installed for long-distance touring events. It has successfully completed several Brass & Gas tours and F.A.R.T. (Friends of Ancient Road Transport) tours for brass-era cars.

The present owner acquired the car in the mid-1980s from a West Coast collector. At the time it carried a 1924-era touring body which was then removed, and Arthur Bergstrom of Illinois built the handsome and accurate Holbrook-replica body in its place. The engine and remained of the drivetrain were completely restored by the highly skilled professional restorer Jack Dietz. All this work resulted in the car being awarded a National AACA First Place and Senior First Place in 1991.Source - Gooding & Company

1912 Simplex Model 38's that have appeared at auction but did not sell.