Sold for $115,500 at 2019 RM Sothebys : Hershey.
The Marmon Wasp that won the inaugural 1911 Indianapolis 500 was painted in a bright yellow paint scheme. In 1920, a brightly colored yellow Marmon Model 34B Two-Passenger Speedster was selected to pace the Indy 500. Legendary driver Barney Oldfield, the first man to reach 60 mph on an oval track, was selected as the driver of the pace car. He was also the driver who drove Henry Ford's infamous 999, was a world land speed record holder behind the wheel of the 'Blitzen Benz,' and as the winner of the race held at Indianapolis in 1909. Oldfield drove the Pacemaker at a minimum of 80 mph.After the race, he acquired the Pacemaker for himself and proceeded to drive it all over the United States, promoting one of his business ventures, Firestone's line of Oldfield tires. After driving the Pacemaker on four complete round trips from coast to coast, he took it to New York for the World Series. While it was garaged there, one of the chauffeurs took it for a ride and demolished it in a 70 mph collision with a tree along Riverside Drive. This particular Marmon Model 34B Two-Passenger Speedster is serial number 003. It is believed that it was built to identical specifications to the Pacesetter, perhaps for a member of the Marmon family. The car was acquired in the early 1990s by Jack Dunning from an individual near Uniontown, Pennsylvania. Prior owners include Wenzel Vockel, who registered the car with the AACA in 1961.
By the time Mr. Dunning acquired the car, the engine had been modified with two aircraft-type carburetors, on unique manifolds, as well as with twin ignition. As the work had been professionally done, it is believed that it may have been done by the factory. The same type of modifications may have been performed on the doomed Pacesetter. Ed Cobb of Washington Court House, Ohio was entrusted to perform a modification and retain these modifications.
In 1995, the car achieved its AACA Senior First Prize at Hagerstown. In 2011 it participated in the Indianapolis Motor Speedway Celebration of Automobiles, recognizing the centenary of the 500. The Dunning speedster won Best of Show. Later that year, it was a Class Award winner at the CCCA Museum Experience at Hickory Corners, Michigan.
By Daniel Vaughan | Jan 2020

1921 Marmon Model 34B's that have appeared at auction but did not sell. 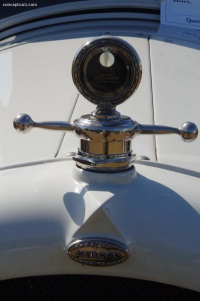 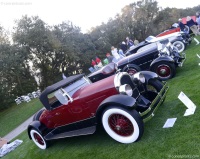