This did not stop Delahaye from producing automobiles as soon as possible after the end of the war. The 135M chassis and engine dated from before the war. It was very competitive in the race circuit and provided a powerful platform for expensive custom-built cars for those with the wherewithal to afford the best that money could buy.

It was natural for Delahaye to start post-war production with these designs. Like all the principal French automakers, Delahaye complied with government requirements allocating the majority of its vehicles for export. In 1947 88% of Delahaye production was exported. Nevertheless, Delahaye's small volume, with 573 cars produced in 1948, was unsustainably low.

This car's engine is equipped with three Solex carburetors and it is coupled to a 4-speed Cotal electromagnetic transmission. The chassis features Lockheed hydraulic brakes, an independent front suspension, and a live rear axle. These make the 135M a joy to drive, and with beautiful custom coachwork by Henri Chapron, it is a joy to behold.

Many Delahayes were coachbuilt by the house of Chapron. After World War II this continued until 1953, mainly due to excessive French taxes on such large cars as the Delahaye, Delage, Hotchkiss, Salmson, and Talbot-Lago.

Sold for $240,800 at 2020 RM Sothebys : Amelia Island Auction.
Delahaye introduced the Type 135 at the Paris Salon in 1935 and it came with a new chassis powered by the same 3.6-liter, six-cylinder engine first used in the earlier TYpe 138. A year later, Delahaye introduced the 135 M, which came with a slightly large engine with improved horsepower and a choice of single, dual, or triple carburetors.

After World War II, the production of the Type 135 resumed using the tried-and-true 3.6-liter engine. By this point in history, the French government had placed large taxes on cars with a displacement of over three liters, leading to the untimely demise of the legendary marque.

This particular 135M Cabriolet with coachwork by Chapron was acquired by Charles Nagler for the family collection in 1972 from Michael Berry. At the time it had been referred to as a 1938 model, though research later revealed it was built in early 1949, which the car having been delivered to Chapron for coachwork on February 22nd and completed sometime in March.

Since this is a 135 M it is equipped with a high-performance triple-carbureted engine and Cotal gearbox.

While in the Nagler's collection, it was shown in 1937 at a concours d'elegance in Toronto, as well as in that year's Sports Cars in Review exhibit at the Henry Ford Museum. A restoration followed and after the work was completed it was occasionally shown and toured into the early 1990s, then remained largely stowed away until the early 21st century. It was given a cosmetic restoration in 2016 by 203 Custom Car Works of Ypsilanti, Michigan, with an interior by Mark Larder and chrome by Brightworks of Piqua, Ohio.

IN 2018 it was shown at the Concours d'Elegance of America of St. John's where it was awarded a Lion award.
By Daniel Vaughan | May 2020

Delahaye Type 135Ms That Failed To Sell At Auction

1949 Delahaye Type 135M's that have appeared at auction but did not sell. 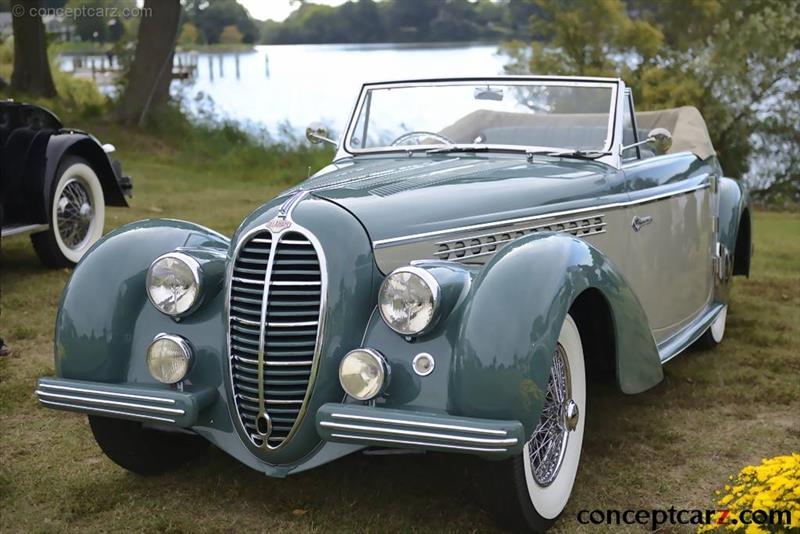 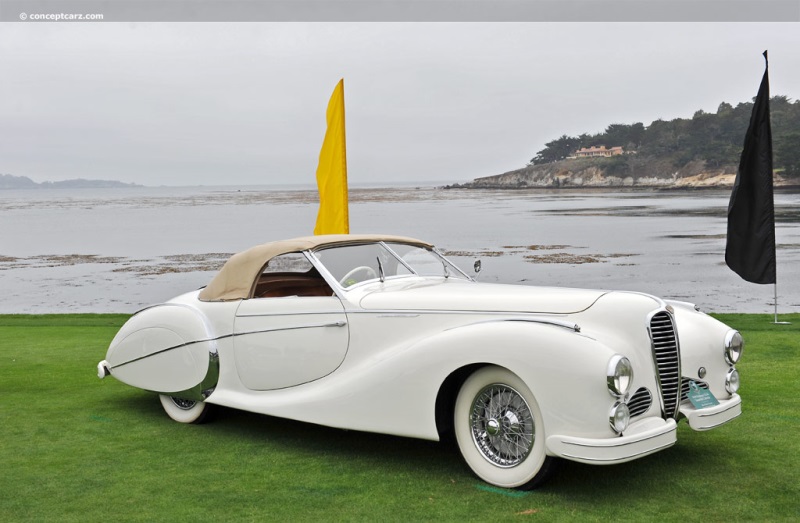 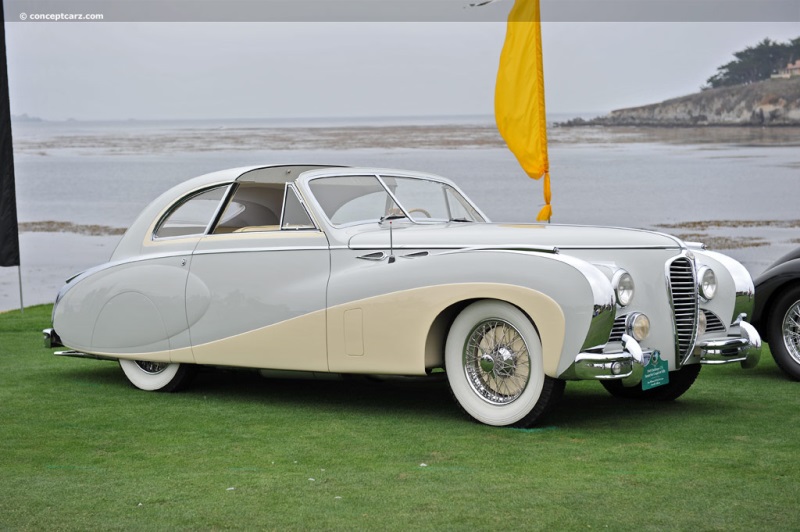 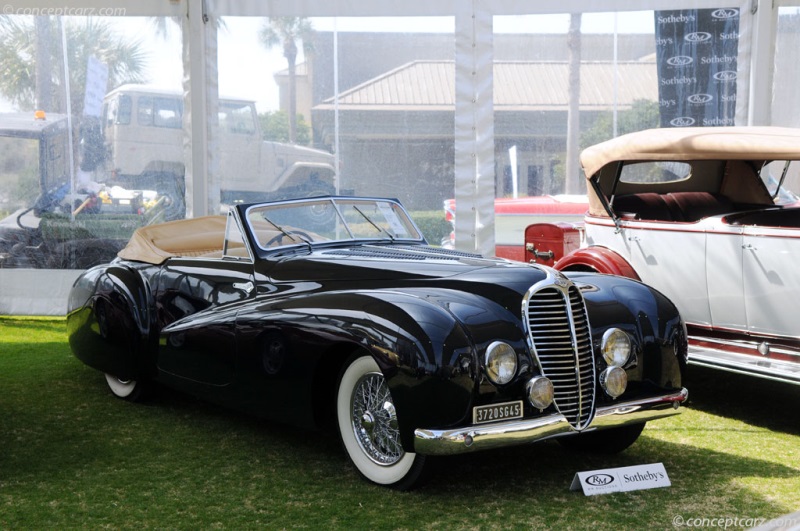 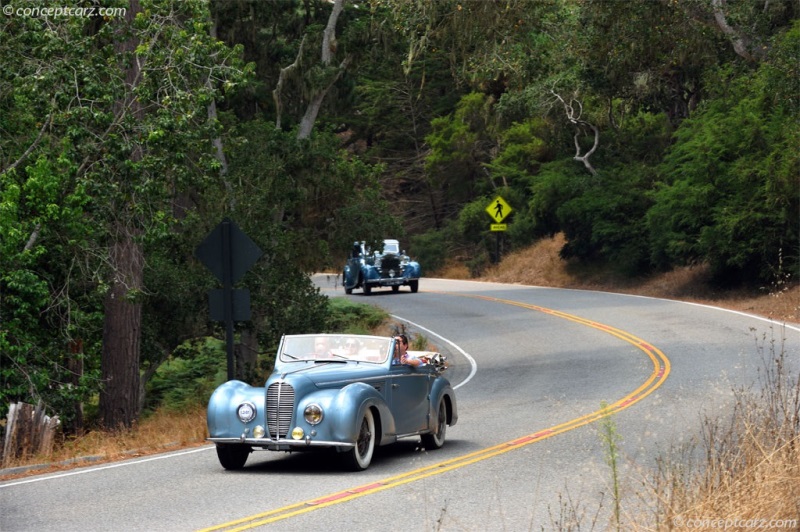 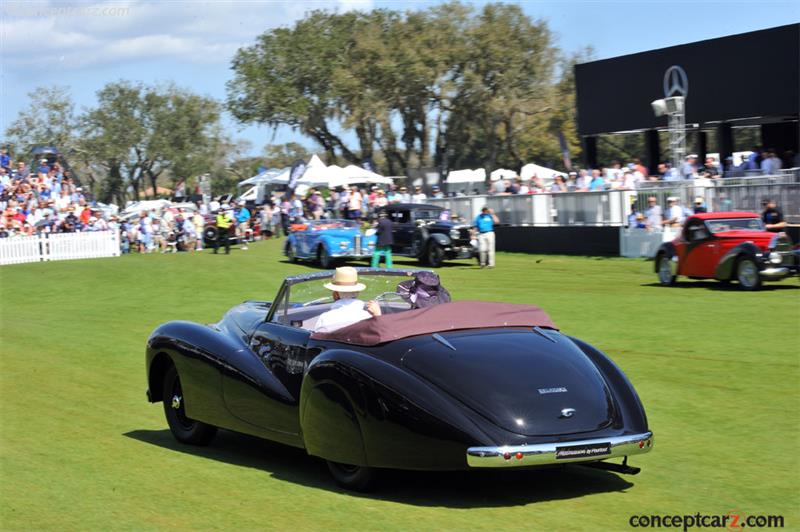 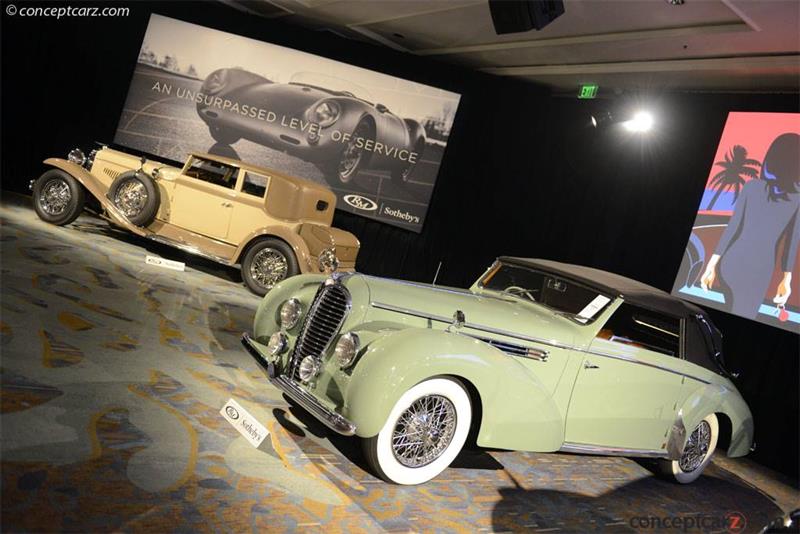