High bid of $260,000 at 2007 Monterey Sports and Classic Car Auction. (did not sell)
The Cadillac Jacqueline Concept was a vehicle that debuted at the 1961 Paris Auto Show. It had been created by the talented design studio, Pininfarina, to showcase their ideas to Cadillac. Their contract with Cadillac was coming to an end as the limited production bodies for the Eldorado Broughams were no longer created after 1960. Their strategy was to convince General Motors Management that an updated and stylish limited production would continue the legacy of the Eldorado Brougham. Pininfarina developed a pair of unique customs, both two and four-door versions of what they hoped would become the replacement for the Eldorado Brougham. The name 'Jacqueline' was chosen in honor of the newly elected President John F. Kennedy's wife. Jacqueline Kennedy had a sense of fashion about her, she was glamorous and had a gracious demeanor that won the hearts of the public from around the world. Pininfarina hoped that their concept would have similar qualities as the First Lady, and so the concept was dubbed 'Jacqueline.' The car shown at the Paris Auto Show was well received by members of the press. It had advanced styling with chrome accents that were supportive of the vehicle's design but not overstated. The grille was clean and the rear featured wrap-around taillights. There were thin pillars allowing for ample views of the countryside. The front end was signature Pininfarina styling, with dual headlights on each side. In keeping with the heritage of the Pinin Farina built Brougham, a few design elements were retained such as the A-pillar along with the basic windshield design, the steering wheel, the basic dashboard layout, and the Cadillac wheel covers. It was originally finished in Cadillac's Ermine White and accented with a brushed stainless steel top, similar to the 1957 and 1958 Brougham. The interior was black with a modest amount of chrome; there were one-piece bucket seats with a center armrest and a special compartment behind the passengers to store luggage, picnic basket, or possibly a set of golf clubs.
Though the Jacqueline Concept was never put into production, Cadillac and the General Motors Division did incorporate some of its design aspects into their model lines.
Once the days of the show circuit had come to an end of the Jacqueline, the car was put into the Pinin Farina museum. It would stay there for more than 30 years and only shown on very rare occasions. During the mid-nineties, Pininfarina sold their design study from the 1960s and the Jacqueline eventually ended up in the United States. Upon its arrival to the United States, plans began for outfitting it with running gear. The car was a concept, had a flat bottom floor, no engine, no transmission, no gauges, no steering, and lacked many other necessary components. It had been merely a 'pushmobile' and moved into place on dollies. It had only a custom tubular frame equipped with a pair of axles from a trailer. The decision was made to outfit the car with Cadillac mechanical components, thus preserving the heritage of the Jacqueline. Technology and products available during the original period build were used. The chassis was a donated 1960 Eldorado Biarritz with power from a 1959 vintage Series 62 V8 that displaced 390 cubic inches and provides 325 horsepower. The suspension was comprised of front coil springs, rear leaf springs, and hydraulic shock absorbers on all four corners. It was given a working steering system, essential gauges and instrumentation, operating foot pedals, and the appropriate wiring. The task was completed in the late nineties and it was driven on the road under its own power for the first time. It was brought to the 2007 Monterey Sports & Classic Car Auction presented by RM Auctions, where it had an estimated value of $8350,000 - $450,000. Bidding reached $260,000 but it was not enough to clear the reserve. At the conclusion of the auction, the car left unsold.
By Daniel Vaughan | Feb 2010

Cadillac Jacqueline Concepts That Failed To Sell At Auction

1961 Cadillac Jacqueline Concept's that have appeared at auction but did not sell. 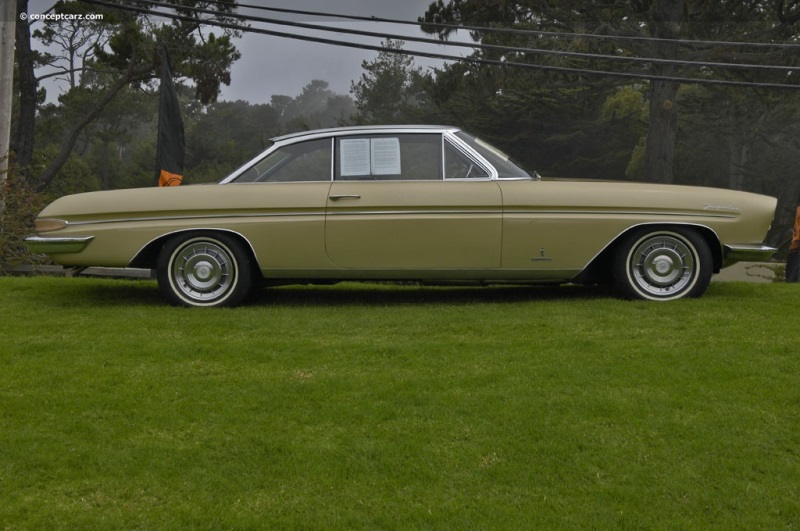