Sold for $2,095,000 at 2021 RM Sothebys : Monterey.
This unique Lamborghini Miura P400 S is one of approximately 50 cars built with 'transitional' features. Among them are the narrow fenders, signature 'eye lashes' framing the headlights, larger venturi Weber carburetors, ported intake manifolds and cylinder heads, a reinforced frame with improved airflow ventilation for both radiator and engine compartment cooling, CV joint rear axles, and vented SV-style brakes. The original owner of this U.S.-specification Miura was a 19-year-old Iranian coed attending college at the University of California, Berkeley. It was purchased by her parents and she was supposed to list it for sale upon its arrival on the West Coast, likely as a means of transferring money out of Iran. Instead, the daughter decided to keep the car and she drove it for roughly two years until it was laid up following an incident. The damage was localized to the front right headlight area of the car, but the Miura's design and the intricate shaping and fit of its clamshell aluminum hood presented too great of a challenge for local repair shops at the time.The Miura was later acquired by a San Mateo body shop owner who intended to make the repairs and return it to the road. He acquired parts from the Lamborghini factory in 1977, yet the project never moved forward.
The current caretaker acquired the car four decades later, and a team of experts was enlisted to recommission the long-dormant vehicles. Repairs to the fender were repaired by Steve Beckman's Costa Mesa, California-based Beckman Metal Works. The work took eight months to complete, as Beckman reconstructed the car's damaged nose, using parts sourced from the Lamborghini factory several decades ago.
Chris Morgan of Morgan Images stripped the remaining paint off the body to bare metal. The original Gray-White can still be seen in the untouched door jambs and the front bulkhead of the car.Jeff Stephan was tasked with repairing the mechanical components, including a restoration of the fuel manifold, rebuilding the oil and water pumps, and installing new aluminum cooling tubes and brake lines. The valve springs were shimmed and adjusted, the twin distributors restored and timed, and the engine timing chain tensioners were serviced. The Weber carburetors were restored to as-new condition.
By Daniel Vaughan | Nov 2021
Coupe
Coupe
Chassis#: 3408
Chassis#: 4920

Lamborghini Miura P400s That Failed To Sell At Auction

1971 Lamborghini Miura P400's that have appeared at auction but did not sell. 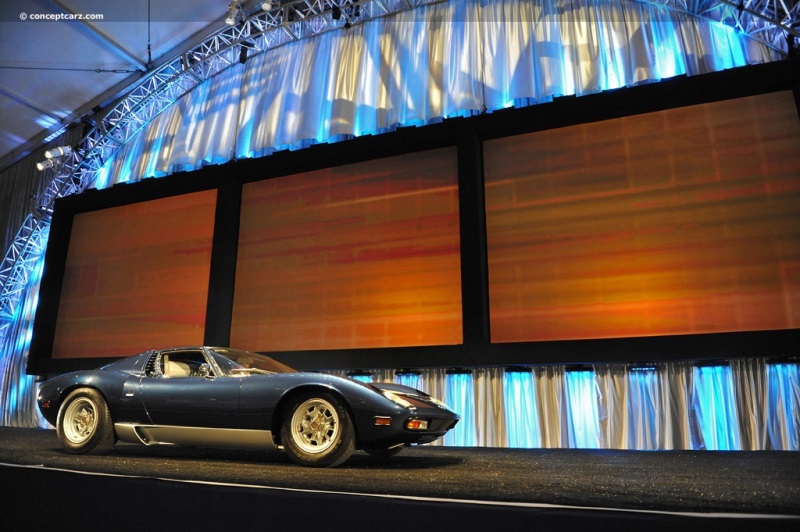 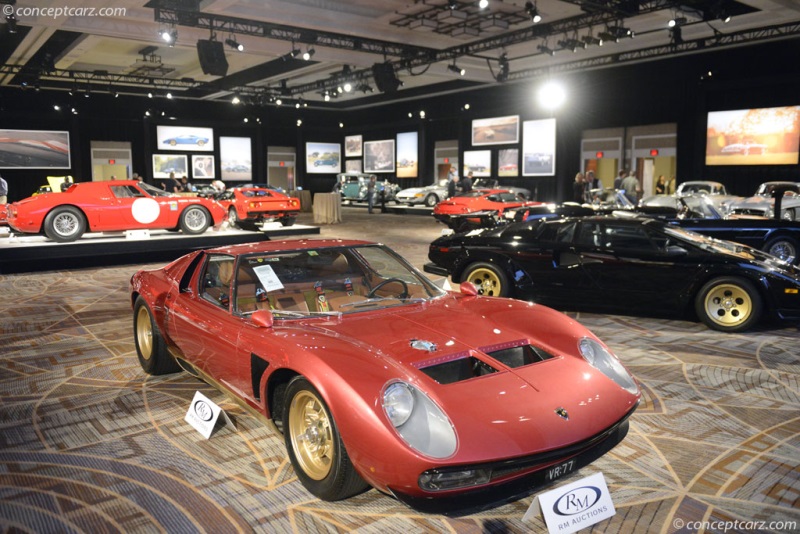 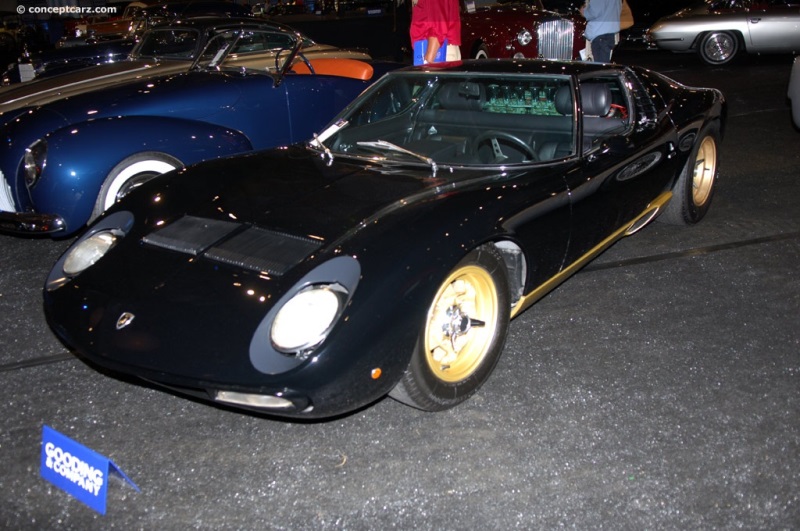 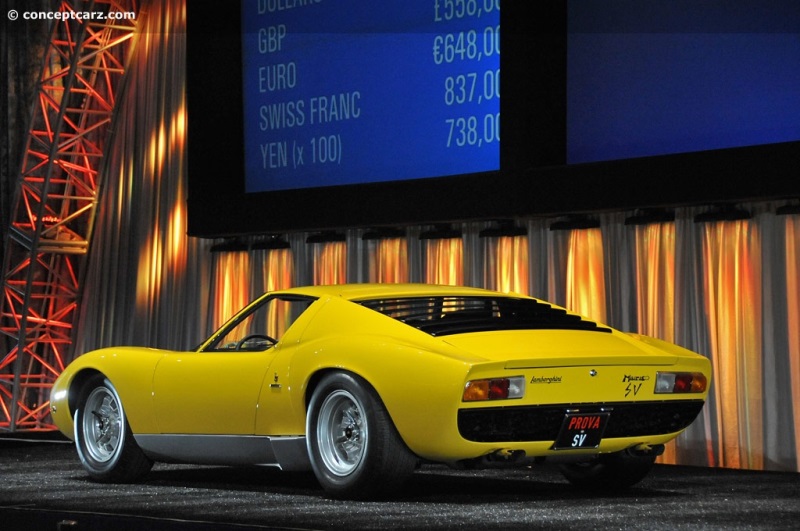 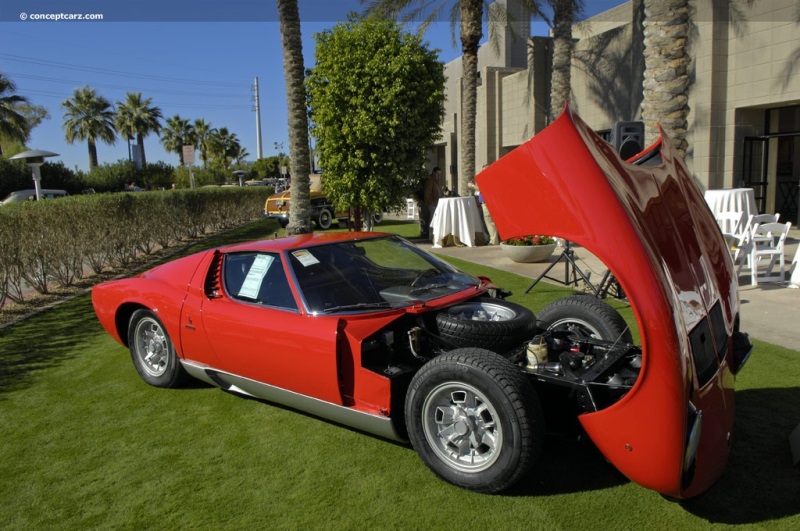 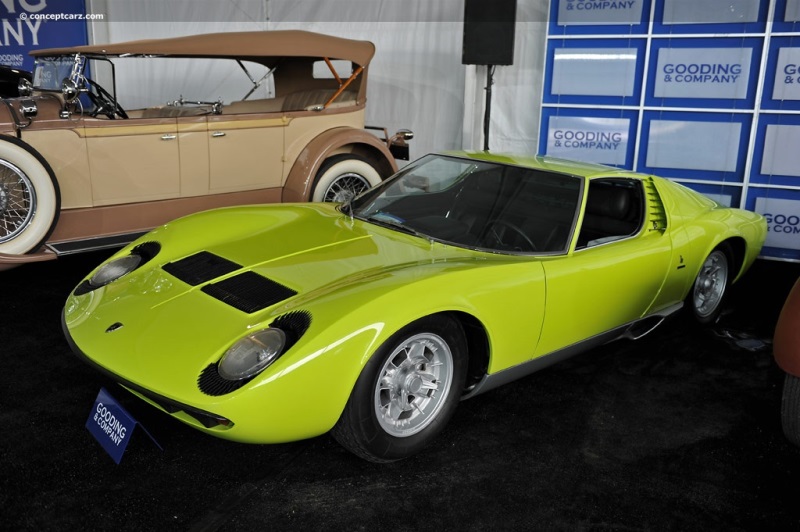 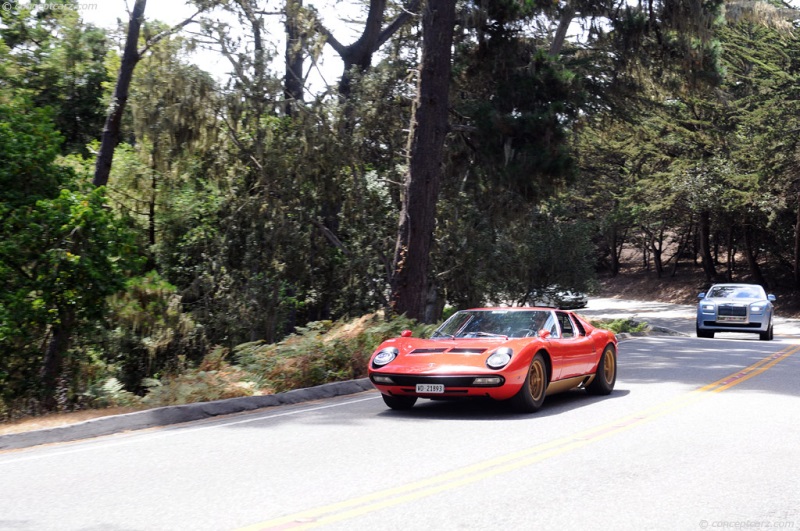 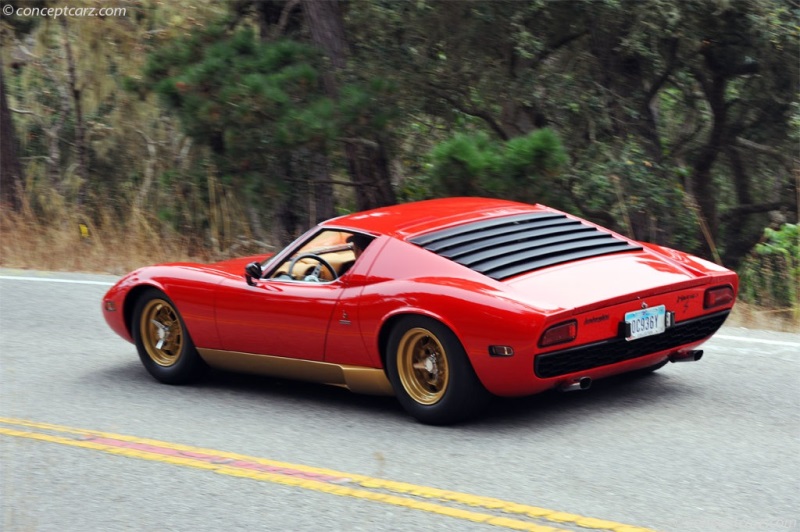 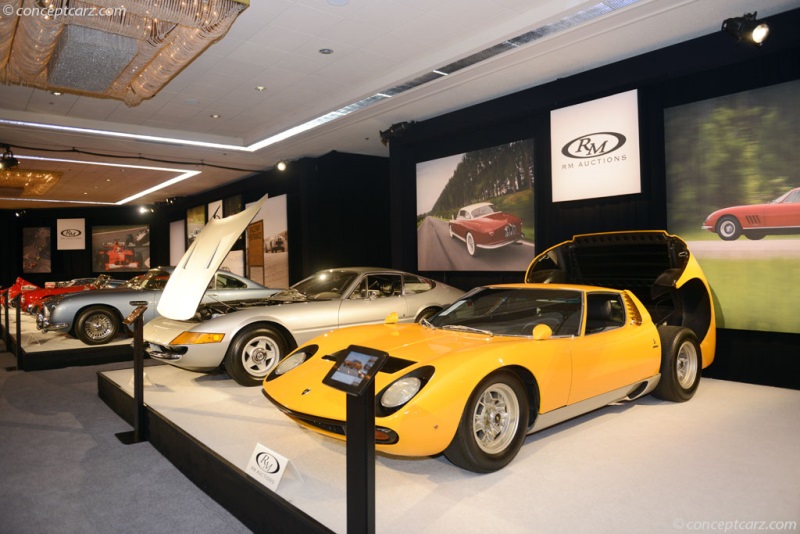 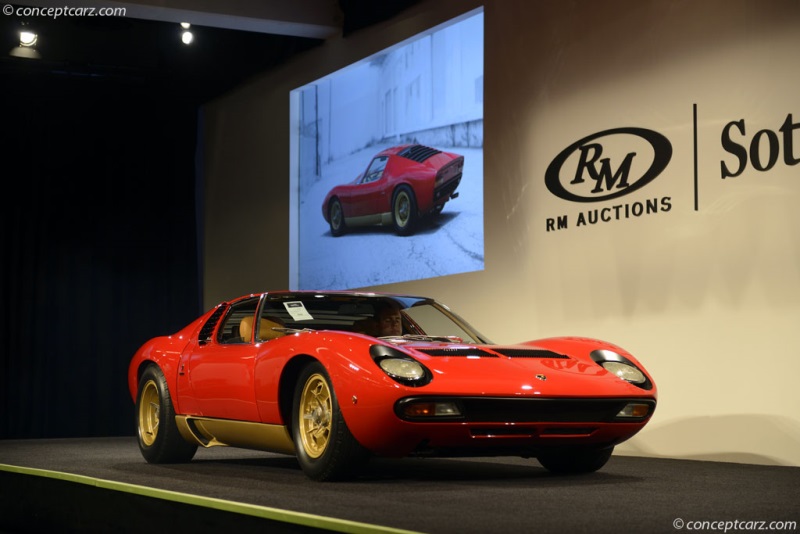 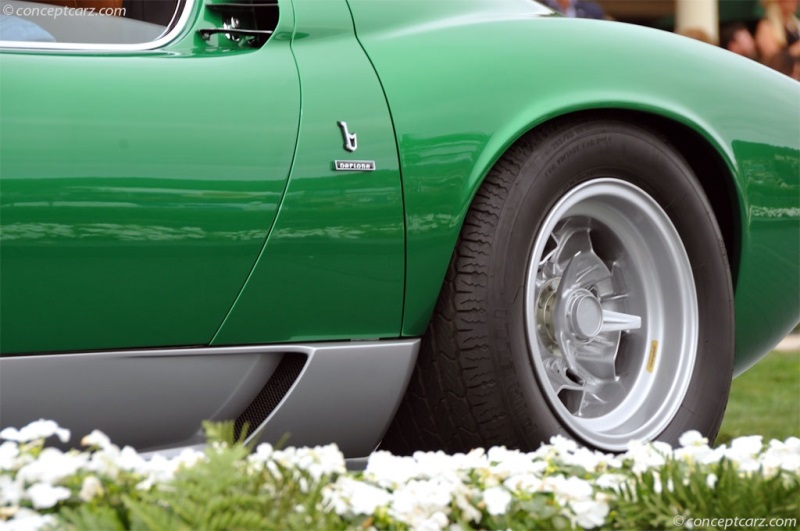 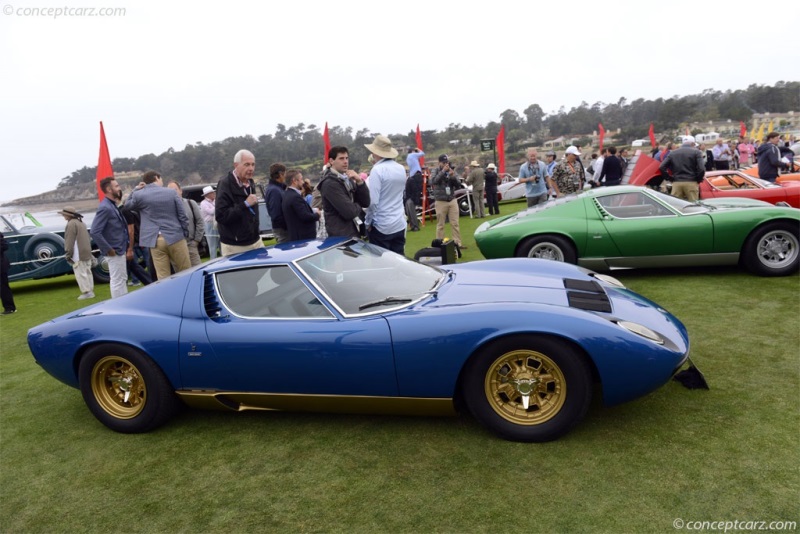 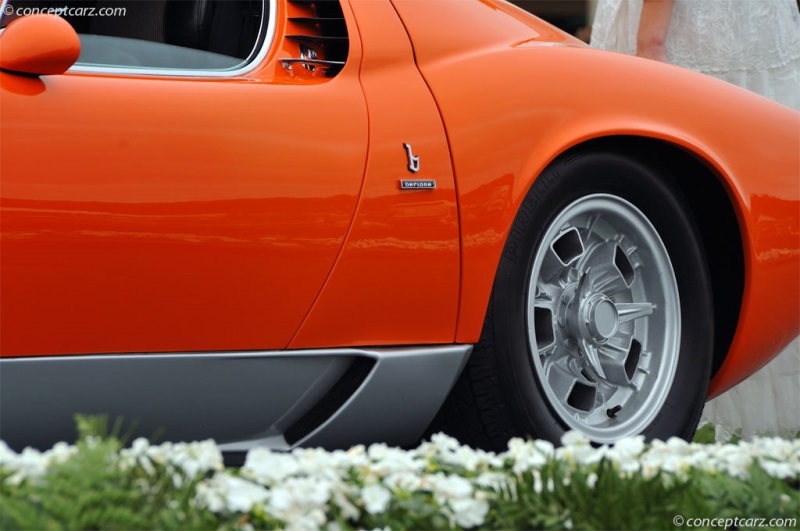 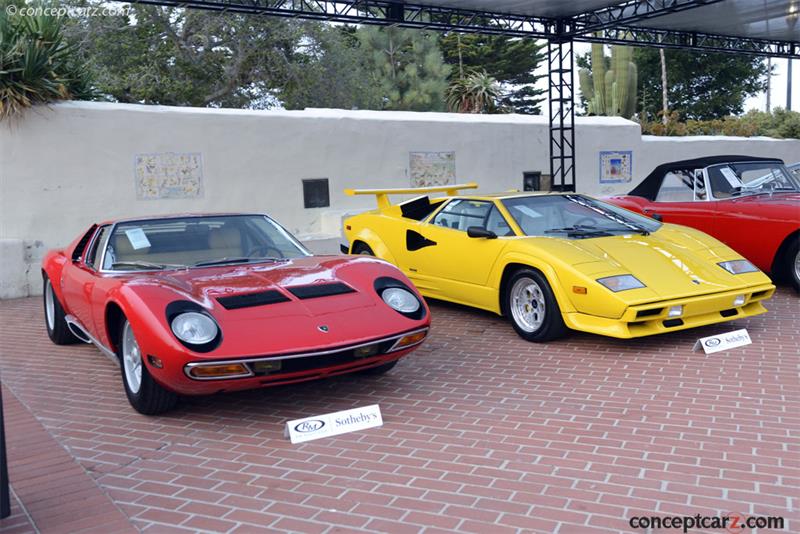 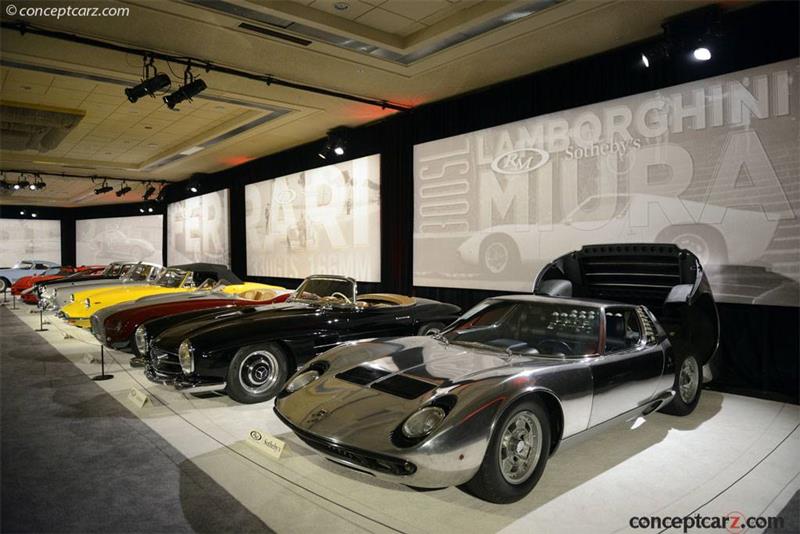