Sold for $1,105,000 at 2020 RM Sothebys : Scottsdale Arizona.
Sold for $1,545,000 at 2021 RM Sothebys : Monterey.
A noble attempt to revive the storied Bugatti marque in the late 1980s resulted in the EB 110 supercar, however, a lasting renaissance did not arrive until the Volkswagen Group purchased the rights to the company in 1998. It was a strategic acquisition initially intended to realize Ferdinand Piëch's vision of an 18-cylinder automobile. This was eventually realized with the Bugatti Veyron, endowed with a 1,001 PS (987 horsepower) engine allowing it to achieve a top speed in excess of 400 km/h (nearly 250 mph). More than just a technically advanced and prestigious vehicle, the Veyron was usable for daily driving and comfortable for both driver and passenger.The production version emerged in 2005 and managed to exceed all the lofty expectations of its creators, resurrecting Bugatti in spectacular fashion while demonstrating the engineering prowess of the Volkswagen Group as a whole. Zero-to-sixty-two miles per hour was accomplished in just 2.46 seconds en route to a top speed of just over 408 km/h. Mounted mid-ship was a quad-turbocharged 8.0-liter W-16 engine with four valves per cylinder and fitted to a seven-speed dual-clutch transmission. Power was delivered to the road via a full-time Haldex all-wheel-drive system. 10 radiators kept all the vital components cool and fed with air even during the most demanding circumstances. Large carbon-ceramic disc brakes with 15.7-inch discs and eight-piston, four-pad calipers upfront worked in tandem with 15-inch discs with six-piston, two-pad calipers at the rear to bring the vehicle to a stop. Allow wheels were wrapped with 20 and 21 inches at the front and rear (respectively), with special purpose-designed Michelin Pilot Sport PS2 PAX run-flat tires. The Bugatti Veyron had three different driving models, with the Normal model using a ride height of 4.9-inches. The Handling mode deployed the rear spoiler and lowered ride height to 3.15-inches. A special key-activated High-Speed mode lowered the ride height to 2.56 inches in the front and 2.75 at the rear, while changing the spoiler position.
This particular Veyron is the 66th example completed and the 20th delivered new to the United State. It left the factory finished in a two-tone silver metallic over bright silver paint scheme. The interior is trimmed in Silk leather with Anthracite inserts. The odometer currently displays 750 miles from new.
The car's original owner had the car serviced in 2018 by Los Gatos Luxury Cars of Los Gatos, California to the tune of $51,000. Production of the Bugatti Veyron ceased in 2015 after 450 examples had been produced. 252 of these were Veyron 16.4 coupes and 76 were built in U.S. specification.
By Daniel Vaughan | Dec 2021

Recent Sales of the Bugatti Veyron

Bugatti Veyrons That Failed To Sell At Auction

2008 Bugatti Veyron's that have appeared at auction but did not sell. 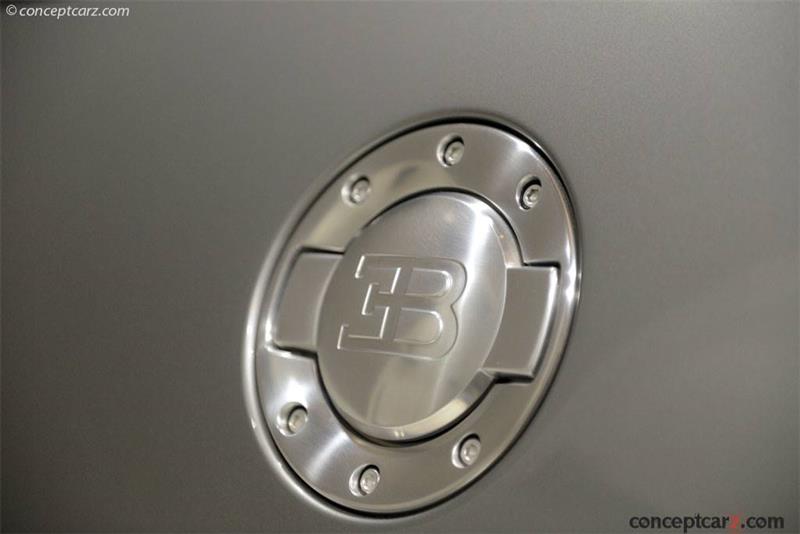