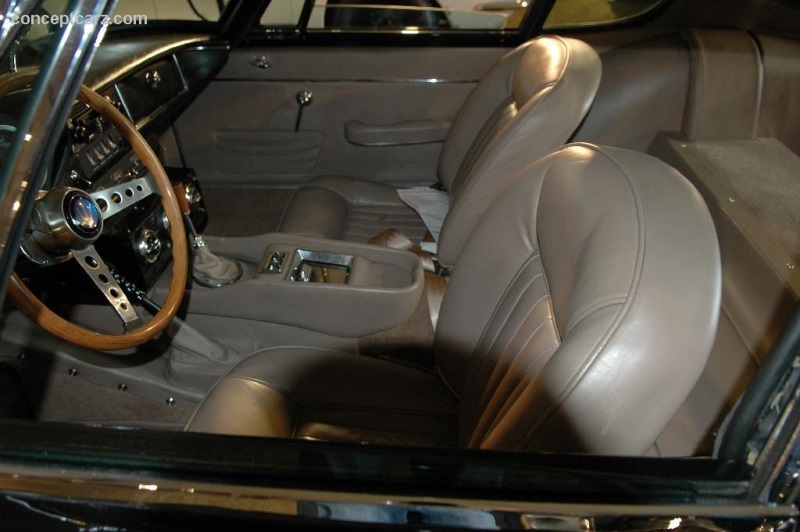 After the frustration 1957 season, Maserati concentrated on building high-quality gran turismos based on its magnificent dual overhead camshaft, twin-ignition six-cylinder engine. Proven in grand prix competition in the 250S and equally successful in sports racing cars, Maserati made the most of its history and investment in development with the 3500GT, and later the Sebring. The Sebring's sporting character flowed not only from its more modern Vignale coachwork, but also from a wheelbase that was 100 mm shorter, enhancing its responsiveness and complementing Vignale's more aggressive styling. 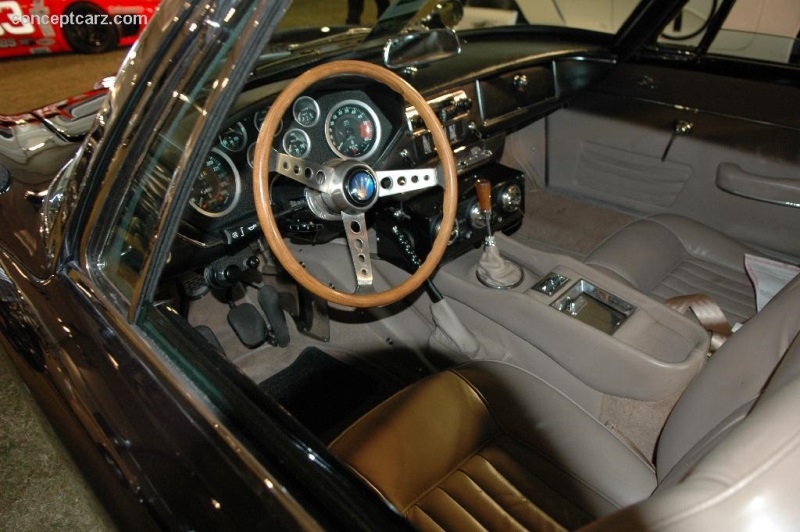 Despite the disappointments of 1957, the competitive heart of Maserati still beats strongly, if quietly, and the Bolognese marque almost surreptitiously developed a lightweight 2-liter sports-raced in 1959 called the Tipo 60. Its four-cylinder engine was derived from the highly successful 200S; its featherweight multitube chassis carried the space frame concept to its ultimate expression, and its complexity earned the Tipo 60 and its successors the nickname 'Birdcage'. Giulio Alfieri's masterpiece proved to be dominant in the hands of private entrants, bringing Maserati the best of both worlds: enhanced reputation and visibility in competition without the risk of running a factory team.

The Mistral
Maserati introduced an even-more sporting six-cylinder gran turismo near the end of the Sebring's production run and coincident with the end of the 3500GT's long production. The Mistral was the first Maserati named after one of the seasonal Mediterranean winds that brought abrupt weather changes to southern Europe, and it was another change in Maserati's product line. 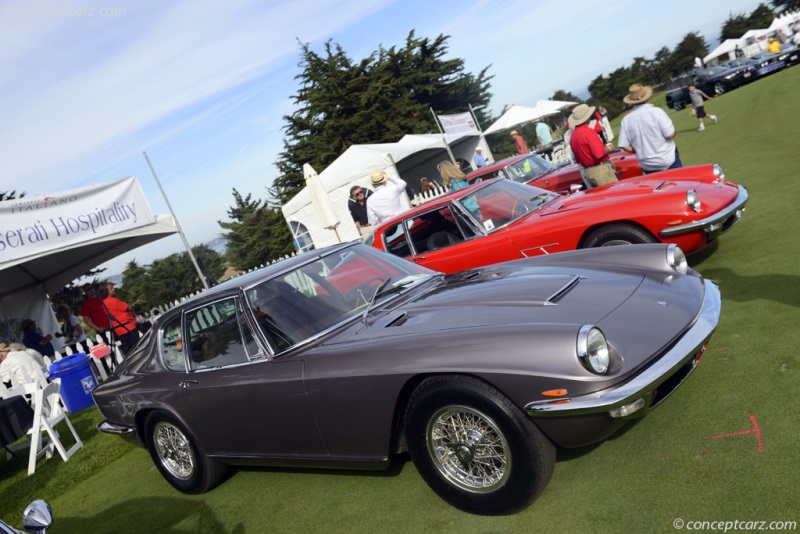 Still powered by Alfieri's long-lived twin-cam six, the Mistral's wheelbase was another 100 mm shorter than the Sebring's, blurring the distinction between sports cars and gran turismo in a rewarding and satisfying package. The body was designed by Pietro Frua in a graceful, fast, hatchback-style that left no doubt that this was a purposeful, yet still luxurious, automobile for connoisseurs who demanded performance, quality and comfort in a single package. Gracefully styled with a full-width air intake, slim bumpers and plenty of glass for the driver's visibility, the Mistral is one of Frua's most refined and elegant designs.

The Mistral would be the last of Maserati's six-cylinder gran turismos and its performance, style and quality have made it highly prized by collectors who appreciate its highly developed attributes.

This Car
The Mistral shown here is, perhaps uniquely among the model, fitted with a Webasto folding sunroof and air-conditioning. It rides on chrome-spoke Borrani wire wheels, and is finished attractively in Aubergine with tan leather interior. Sympathetically restored for its former owner, it is powered by the 4-liter engine that powered the Mistral from mid-1966 on. It is accurately configured with its correct Lucas mechanical fuel-injection system, and has the desirable ZF 5-speed gearbox.

The unusual Aubergine exterior nicely complements Frua's coachwork, highlighting both the body's svelte lines and the sparse and tasteful chrome trim.Source - Gooding & Company
No auction information available for this vehicle at this time.

1966 Maserati Mistral's that have appeared at auction but did not sell.