Sold for $5,500 at 2007 Vintage Motor Cars at Hershey.
1928 was a milestone year for the Studebaker Company as they introduced their first eight-cylinder engine. Other big news this year were all-steel bodies and a switch from a vacuum fuel system to an AC mechanical pump. The eight-cylinder engine featured an inline sidevalve design, five main bearings, and a 4.7 to 1 compression ratio. It produced 100 horsepower which was ten more than Cadillac's larger V8 unit. The eight-cylinder engine was available in Studebaker's long-wheelbase President model. The President was well appointed, featuring two-tone 28-ounce broadcloth upholstery, upholstered arm rest, Wilton carpets, window moldings, and walnut-grained dashboard. Standard equipment included an eight-day clock, dashboard thermometer, and an electric fuel gauge. This 1928 Studebaker President 7-Passenger State Sedan was offered for sale at the Vintage Motor Cars sale at Hershey, PA presented by RM Auctions. It was estimated to sell for $5,000 - $10,000 and offered without reserve. The lot was sold for a high bid of $5,500.
It is in rather poor condition after having lived a very long life. There are dents and dings in the fenders, the exterior green paint has many scratches and chips, and the right headlight has a cracked rim. The car is solid and the paint has helped shield it from rust. It has wire wheels and dual sidemounts, and a trunk rack at the rear. The doors close well although the left rear door has a broken outside handle.
This car is powered by the L-head eight-cylinder engine that displaces 312.5 cubic-inches and produces 100 horsepower. There is a three-speed manual transmission and four-wheel mechanical drum brakes. The 131-inch wheelbase is held in place by a solid front axle and a live rear axle, both with semi-elliptic leaf springs. The odometer displays 25,183 miles and was last inspected in 1965 in Pennsylvania.
By Daniel Vaughan | Sep 2008

Recent Sales of the Studebaker President

Studebaker Presidents That Failed To Sell At Auction

1928 Studebaker President's that have appeared at auction but did not sell. 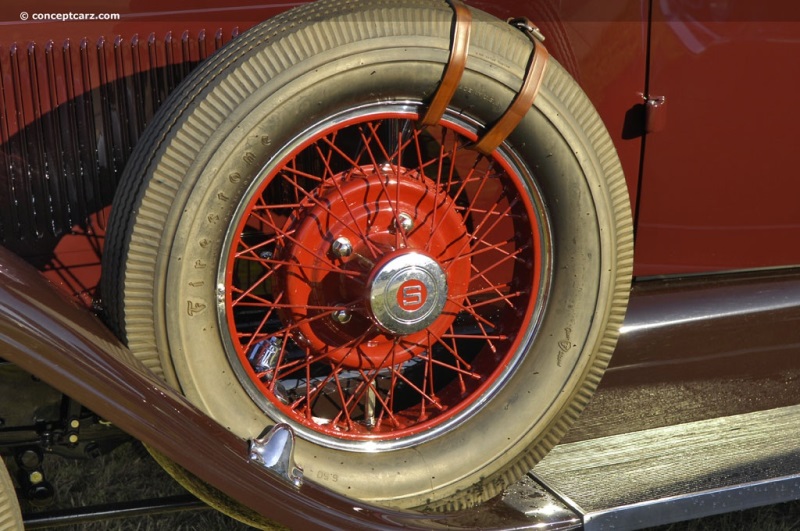 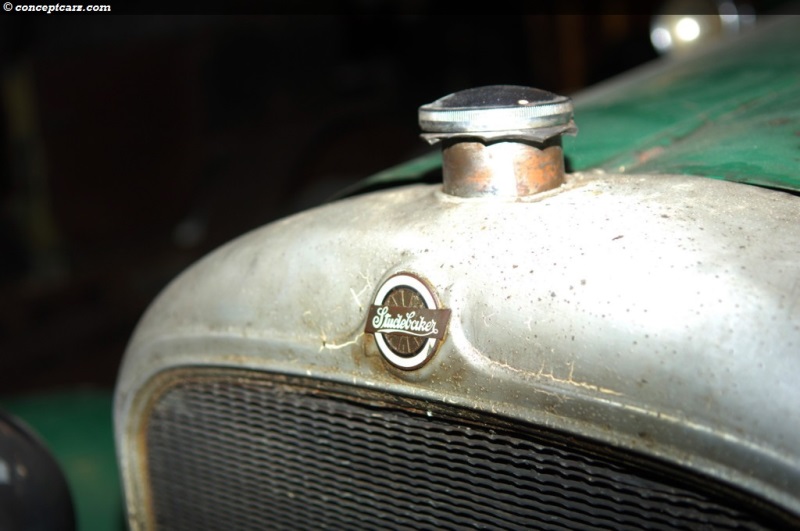