Sold for $1,050,000 at 2022 RM Sothebys : Amelia Island.
The Porsche 911 Carrera Lightweight was a performance-oriented variant that had its mass substantially reduced while retaining its sophisticated, mechanically adjustable, all-wheel-drive system from the Type 953, which was also featured in the first 959 Paris-Dakar rally cars. The center and rear differentials were manually adjustable using rotary controls, giving the driver a high degree of control, while two temperature gauges monitored the individual differentials. In preparation for motorsports, the Carrera 4 Lightweight received a seam-welded tub and fixed windows with sliding panels. The standard rotating spoiler was replaced with a fixed unit for maximum downforce at all times. Recaro race black fabric-covered sports bucket seats from the 964 Cup were installed along with factory five-point harnesses, an integrated roll cage, auxiliary gauges and switches mounted where the radio and climate controls usually resided, and a Halcon fire-suppression system. The suspension was lowered by an inch, staggered six-ich-wide front and eight-inch-wide rear wheels installed, or optional seven- and nine-inch-wide wheels. The Carrera RS's 3.6-liter flat-six was installed but with a modified exhaust and lack of air cleaner, squeezing out five additional horsepower - to 265 hp. A special clutch and flywheels were mated to the car's five-speed manual transmission. The Carrera 4 Lightweight had an overall weight of 2,415 pounds (1,095 kilograms). A total of 22 examples were constructed.
This Carrera 4 Lightweight is the 18th serialized example and was originally delivered to Hans Jürgen Tiemann, who at the time oversaw Porsche Customer-Sport at Weissach. It was given a number of special-order equipment items including the optional seven- and nine-inch wide Cup 1 RS magnesium wheels and lightweight Kevlar Recaro seats. This is the only lightweight 964 with a Blütengelb (yellow) exterior.
Along with being featured in several magazines, it was awarded Best Lightweight at the 2018 Concours Masters at Salon Privé within the 70th Anniversary of Porsche celebration.In 2019, this 911 entered the care of the respected collection of Garage 26 in Miami Florida.
By Daniel Vaughan | Jun 2022

Porsche 911 Carrera 4 Leichtbaus That Failed To Sell At Auction

1991 Porsche 911 Carrera 4 Leichtbau's that have appeared at auction but did not sell. 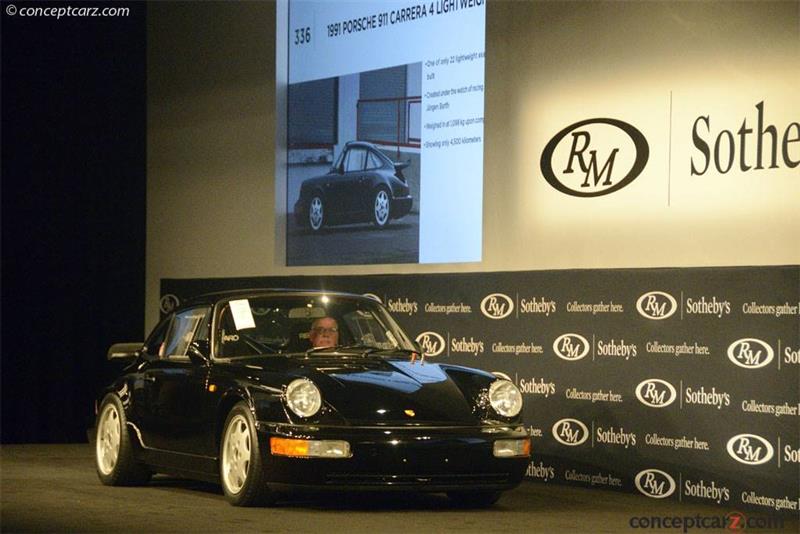 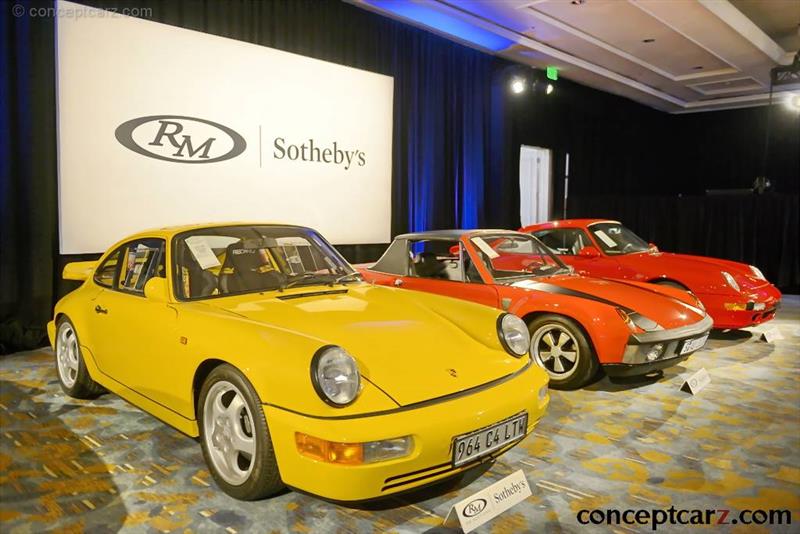