Sold for $218,400 at 2022 RM Sothebys : Amelia Island.
The BMW E31 850 CSi was the company's high-performance flagship model between 1991 and 1996, with just 225 examples being sent to the United States market for the 1993 and 1994 model years. Power was sourced from the S70B56 V12 engine with lighter pistons, a forged crankshaft, retuned intake and exhaust, higher compression, upgraded camshafts, and auxiliary engine coolers. These modifications, along with an exclusive engine management system that allowed for selectable power maps and variable rev limiter, resulted in an increase in output over the 'standard' 850, now rated at 380 horsepower. This particular example is serial number 00001, the very first example produced. It was completed on June 24th of 1993, earmarked for the U.S. market, but retained by the factory for exhibition purposes. Due to its press car duties, it was factory equipped with 'line alerts' - special codes used to activate additional quality checks on press vehicles. This 850CSi was the only U.S.-market 850 CSi to be finished in Brilliant Red Metallic (308) over black nappa leather (0495/N4SW). After its press duties were finished, the car was delivered to BMW of Manhattan in March 1994 and used for display/exhibition purposes by BMW of North America until November 1994. The current caretaker acquired it in August of 1998 from Isringhausen BMW of Chicago, Illinois, then indicating 13,340 miles.
In March 2018, BMW North America used this 850 CSi for static display at the Amelia Island Concours d'Elegance.
More recently, this BMW received NOS OEM rear mufflers, engine oil service, new ultra-high-performance tires, a full exterior ceramic coating regimen, two new batteries, and new control arm assemblies.
By Daniel Vaughan | Jun 2022

Recent Sales of the BMW 8 Series

BMW 8 Seriess That Failed To Sell At Auction

1993 BMW 8 Series's that have appeared at auction but did not sell. 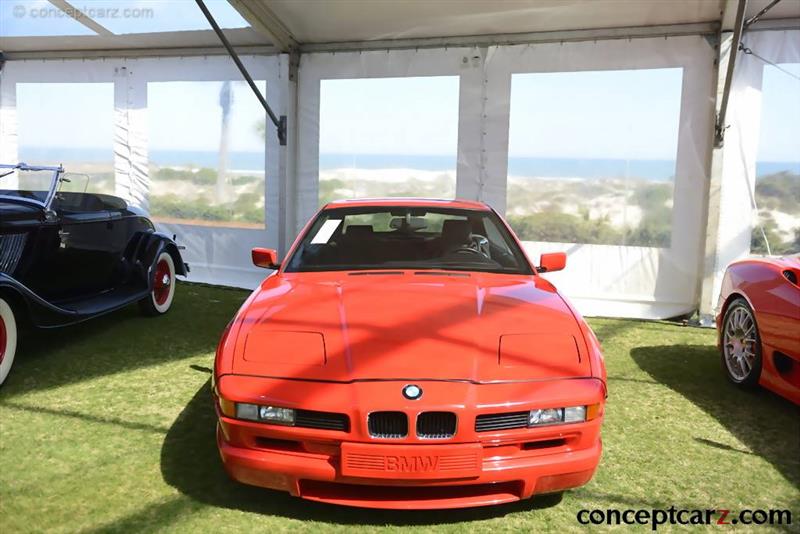