Back in 1966 'Win on Sunday - Sell on Monday' was the way things were. If you wanted to sell more cars you had to get involved in motorsports and win! Chrysler was right in the thick of it with their new 426 Hemi engine which packed the biggest punch of any engine on the market. Dale Reeker, the head of racing development for Chrysler Corporation, was on the hunt for a hot new driver for the upcoming 1967 NHRA season who could make their Hemi-powered Plymouths shine at the drag strip. He went to a Colorado drag strip looking to meet a woman named Judy Lilly whom he'd heard was mopping up the competition with her Fulie 1961 4-speed Corvette. When he approached her she was lying under her car working on the transmission! Dale was there to offer her a Chrysler sponsorship and a brand new Hemi-powered Plymouth to go racing with. Judy accepted and the rest is history!

When Dale returned to the factory he personally supervised the build of Judy's new car, many items being deleted such as the radio, heater, sound deadener, carpet jute backing, and even the liquid rubber sealant in the windshield weather stripping! This car was built in December of 1966 which pre-dated the factory race car program cars, the R0/W0 Plymouth & Dodge SS cars built in the spring of 1967. Nearly everything Dale wanted to be done to the Lilly car was unique and preceded the R0/W0 program cars, accordingly many consider this car to be the R0/W0 'Mule' car since most of the custom details of Judy's cars carried forward and were also done to the program cars later in 1967. 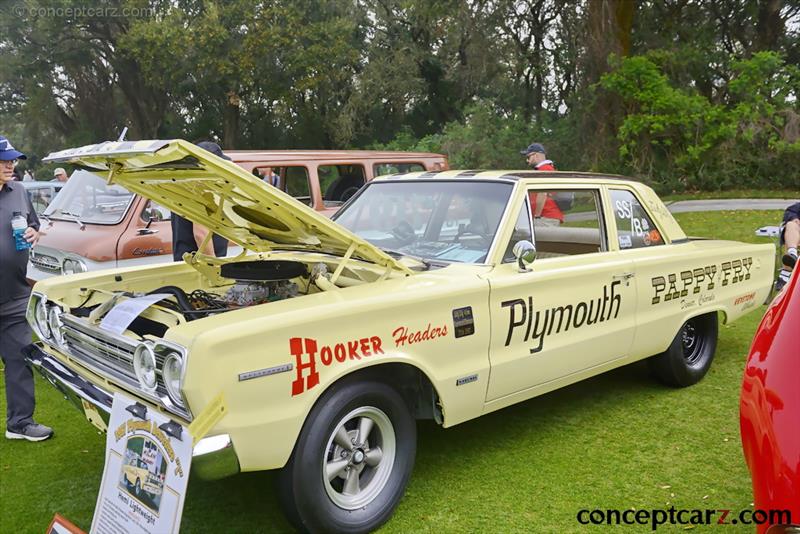 - Built specially for Hall of Famer Drag Racer Judy Lilly 'Miss Mighty Mopar'
- The car Chrysler said they never built
- Delete everything car
- Certain metal parts acid dipped at factory
- original 4-speed DANA 60 Hurst Ram shifter
- Built at the St. Louis plant
- Sponsored by Chrysler and Pappy Fry Plymouth of Denver, Colorado
- Motor Rebuilt by Dick Landy
- Restoration completed in 2015
- Chrysler only wanted to offer the Hemi in higher-priced car models. This one sneaked through
- Dale Reeker, head of racing development for Chrysler walked this car down the assembly line to delete items to reduce weight
- Car rain in Super Stock B (SS/B), times in the 10's
- She won Super Stock Eliminator quite often
- Hemi hood designed specially for this car believed to be a prototype for RO 3 cars to follow
- Car has original Certicard
- Original interior
- Keystone wheels also one of her sponsors
- Lilly piloted the car to her first four super stock eliminator titles at NHRA Mile High Nationals in 1967
- July Lilly's grandfather famous drag racer Chris Karamesines from Chicago
- When Judy Lilly's HEMI Plymouth was in the pits they pretty much knew who was going to winSource - Vehicle Owner

Recent Sales of the Plymouth Belvedere I

Plymouth Belvedere Is That Failed To Sell At Auction

1967 Plymouth Belvedere I's that have appeared at auction but did not sell. 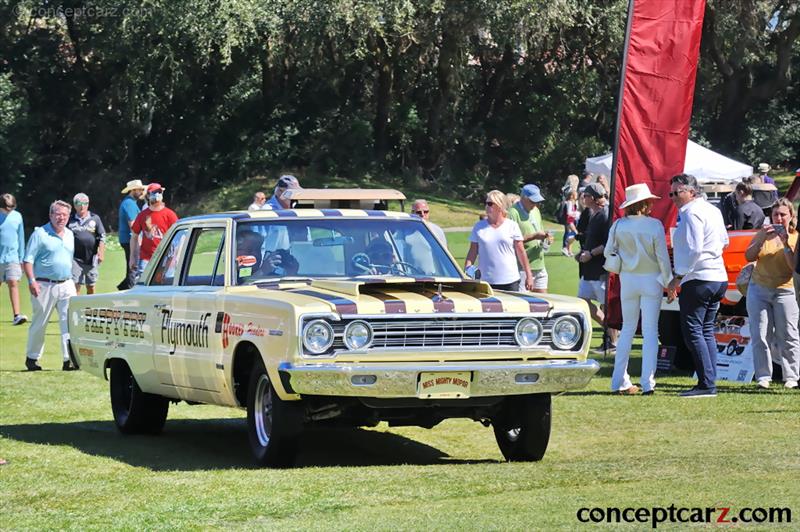