The Carrera Abarth was an aluminum-bodied car built on a Porsche 356B chassis. These cars were built and assembled in the early 1960 to early 1961 period. As Bill Ousler points out in his book 'Porsche Racing Cars,' the Abarth came into being as a result of an FIA rule loophole. These rules defined a car on the basis of its chassis and the running gear, rather than basing the definition on the body. Thus, Porsche could use the 356B chassis and running gear, with a four-cam Carrera engine, and could and did use a specially designed lightweight aluminum body instead of the production steel body. The Carrera Abarths are one of the rarest Porsche models, with a production run of cars from serial number 1001 to 1021.

Abarth 1003 was delivered through Nordrheim in Dusseldorf, Germany, in May 1960. The original owner is listed on the Kardex as being Gerhard Koch. Kock is known to have raced the Abarth a number of times in 1960 and 1961. Kock was second in the 1600 GT class held at the Grand Prix de Rouen-les Essarts at Frankreich; and third in the Gran Prix of Germany at Nurburgring in the GT 2000 cc class. Koch and co-driver Hans-August Stausberg finished third in the Grand Touring Group, 2000 cc class and 13th overall at the 1960 Nurburgring 1000 kms race.

Continually looking for a competitive advantage and exercising any freedom within the regulations, by 1959 Porsche envisaged a new Carrera that was both lighter and more compact than the regular 356B Carrera Coupe. Providing the chassis and running gear remained the same, the FIA regulations allowed for a different body - providing the overall weight exceeded the homologated minimum. The contract for these bodies was put to tender with the competing firms being Wendler (maker of the Spyder body) and famed Italian coachbuilder Zagato. Últimately it was Zagato's body that was most attractive to Porsche. Ferry Porsche and 'Carlo' Abarth had previously combined forces on the Cisitalia project of 1946 thus a familiarity inspired confidence; the development of these new, lighter 356Bs was contracted to Abarth who in turn subcontracted body design influence to Zagato.

Significantly reducing the front-end drag coefficient, the design was reputedly a mix of influence from both Abarth and Zagato yet speculation still arises as to who actually built the bodies. Nonetheless, the streamlined, lightweight form was an extremely attractive yet practical one that was low and abrupt at the front, with a side profile that featured a neatly sculpted flare to the rear arch but the rear deck was a work of art both technically and aesthetically. Clearly with an exaggerated emphasis on cooling, it had an adjustable rear scoop and just under fifty louvers! It is without a doubt one of the most beautiful and aggressive rear views of any car, ever.

Power on the early cars was supplied by the Type 692/3 engine that produced a healthy 115bhp from its 1.6 liter capacity yet later in production the Type 692/3A unit was introduced with a useful 20bhp power hike. Due to the roofline reduction of a staggering five inches from the standard 356B, the interior of the Carrera-Abarth was somewhat cramped and understandably spartan being a racecar. Tested in period by American journalist Jesse Alexander of Sports Car Illustrated, he commented on the accommodation of the Carrera-Abarth 'A superb driving position is one of the finest attributes of the Abarth car. Getting behind the wheel is another story. The distance between the top of the driver's head and the roof is minimal yet adequate, but anybody over six feet would have a real problem.' The seats were based on those used in the Speedster but had additional side support. They also featured a very basic aluminum dashboard that bore no resemblance to that of the base model but the overall package was neat and ergonomically effective. 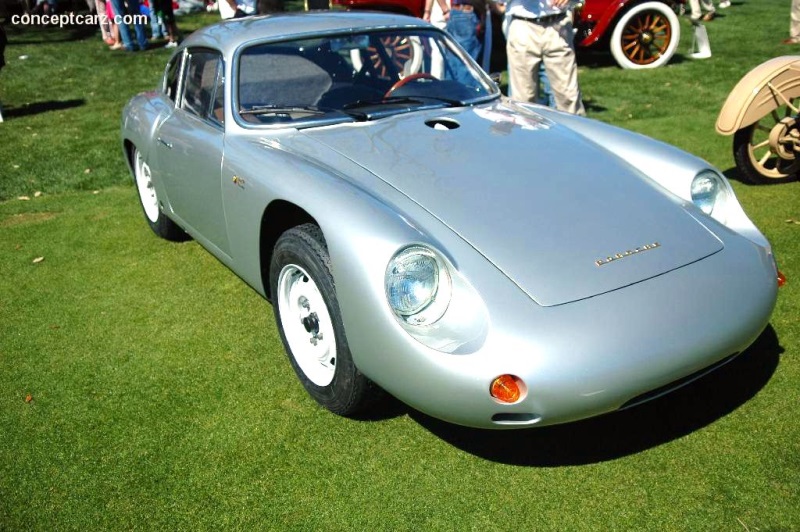 By the Spring of 1960 the first Carrera-Abarth had been completed and success was instant, as Paul Strahle and Herbert Linge entered their car on the Targa Florio in May and duly won their class finishing in a highly commendable sixth overall. At Le Mans that same year the factory entry placed eleventh overall and took the all-important class win - this same feat (class victory) was repeated by the Carrera-Abarth in both 1961 and 1962 at Le Mans proving the car to be reliable as it was fast.

Only twenty-one examples were built, thus with exclusivity and such a rich pedigree this fabulous breed is summed up honorably by noted British journalist Denis Jenkinson as being 'one of the most desirable Porsches ever.'

On May 18th 1960, the third 356 GTL Carrera-Abarth (chassis 1003) was first delivered to German privateer Gerhard Koch, a resident of Neuss, via the Dusseldorf concessionaire, which was finished in metallic silver paint and black interior. Originally it had a Type 692/3 engine fitted, numbered 95061 with the transmission numbered 37561. Koch was a very capable race driver and over the next two seasons he raced 1003 on a regular basis in Europe's premier events. The prominent period race history for 1003 with Gerhard Koch is as follows:

Though we cannot identify precisely when, Koch sold 1003 and continued his racing career in an array of other Porsches. By the late 1960s the car was in Swiss ownership and in 1968 was exported to the ÚS by Los Angeles based Werner Schoch who in turn sold 1003 to Dick Patterson in nearby Orange County, who drove the 'old race car' on a daily basis! In 1973 Patterson sold the car to John Bond Jr. of Laguna Beach who kept the car for a number of years, and by the 1980s 1003 had joined the sizable Porsche stable of Colorado-based collector Bill Jackson. In Jackson's tenure the paintwork was orange and it retained this livery when purchased in 1999 by Los Angeles dealer Raymond Milo 'Le Patron' who, at the same time, acquired a number of Porsches from Jackson. The present owner bought 1003 in 2001 via Heritage Classics in Hollywood, California. At the time of purchase the car was not running and had an incorrect four-cam engine (numbered KD P11026) installed.

Following purchase, 1003 was sent to respected restorers Willison Werkstatt of West Palm Beach for a thorough restoration in order to return the car to its former glory, albeit to concours standards. ( posted on conceptcarz.com) A photographic record attests to the detail that was lavished upon the car including repairing of any corroded metal, repainting, re-trimming of the interior, suspension set-up and the installation of a regular pushrod 356 engine given that the intention was to show the car (and drive it on the street) rather than do battle on the track. Úpon completion, 1003 was shown at the 2005 Amelia Island Concours d'Elegance and has since resided in the climate-controlled luxury of the vendor's collection where it has remained in exceptional condition throughout. Included with the sale of this car is the aforementioned four-cam engine which can be collected from the vendor at the buyer's expense. 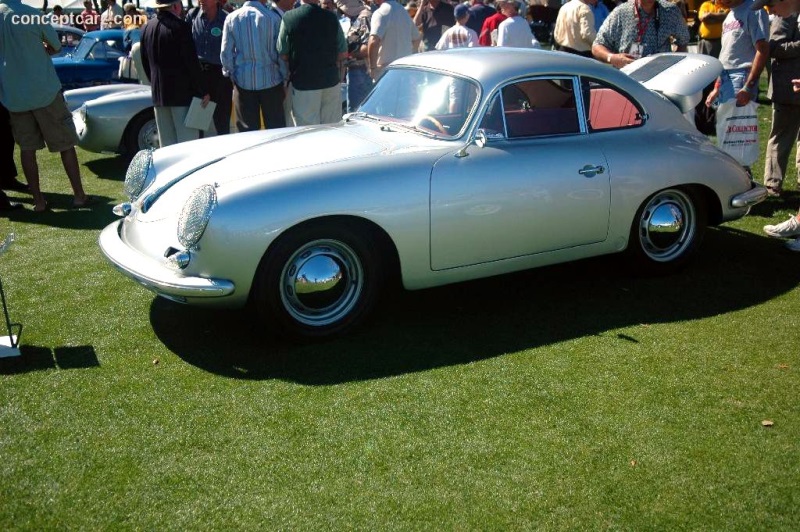 In 1960, Úli Wieselmann eloquently forecasted: '...already an enthusiast's carriage of the first magnitude, the Carrera will one day only be found in a few isolated examples in the hands of real connoisseurs. They'll care for it, polish it and drive it amongst everyday cars secure in the knowledge that they possess a product of technical delicacy that's enveloped in romance.'

The GTL Carrera-Abarth is not only the rarest but the pinnacle of the Carrera designation and chances of acquisition are few and far between.Source - Christies
No auction information available for this vehicle at this time.

1960 Abarth 356 Carrera GTL's that have appeared at auction but did not sell.