Sold for $594,000 at 2022 RM Sothebys : The Hershey Auction.
It is believed that this Pierce-Arrow was built as one of the post-receivership trucks. It was distributed to the George C. Hale Company of Kansas City, Missouri to be fitted with firefighting equipment. The city of Kalispell, Montana, placed an order for a Thomas/Hale firetruck around August of 1914 and this K-6 was sent to them around five months later. The Pierce-Arrow was used for approximately 12 years before it was sold to the city of Columbia Falls, Montana. A period newspaper article suggested the engine may have originally been built to K-6-90 specification, and at the time, had approximately 600 miles on its odometer. It was used for an additional 20 years of service for Columbia Falls with its last official outing occurring in January of 1947. A few months later, it was sold to Plum Creek Lumber Company in Colombia Falls where it was repositioned to fight forest fires in support of a logging operation. It entered private ownership in 1954 when it was sold to Jess Taylor of Olney, Montana. In 1956, the Thomas was lent to Greg's Auto Sales in Kalispell for display as a historical attraction. In September of 1959, the car was acquired by the William Harrah Collection, and by 1961 it was one of nine Thomas examples owned by Mr. Harrah. The car remained with Mr. Harrah for at least two decades. It was sold in the early 1980s to Wolfgang Gawor of the Channel Islands. Under his care, it received a refurbishment to the current configuration of a proper K-6-90 Flyabout, including a custom-made body with the signature rear-seat windshield.
When it was sold from the Gawor collection in March of 2007, it was acquired by George Owen of Candia, New Hampshire. The following year, it entered the care of its current caretaker. The engine was rebuilt in 2014.
This Thomas has successfully completed at least five Brass Era touring events over the last 14 years and was displayed at the 2008 Amelia Island Concours d'Elegance.
By Daniel Vaughan | Oct 2022

Thomas K-6-90s That Failed To Sell At Auction 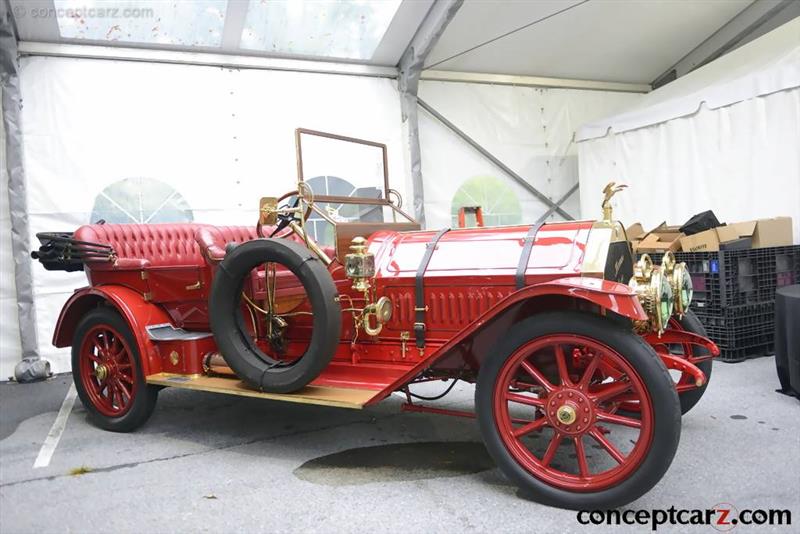