With the well-proven 356 GTL Carrera-Abarth having served formidably for three seasons, pressure from the imminent arrival of the two liter Simca-Abarth meant that Porsche was going to have to raise the stakes for 1964. Early in 1963, 'Butzi' Porsche's engineering team finished a full-size model of the internal project number 904 and although used already on body panels for their Grand Prix car, this was the first time Porsche had intended to use fiberglass on a sports car. In typical Porsche fashion this relatively new material was put to additional use on the 904 and was employed to strengthen torsional rigidity by bonding the body to the ladder frame steel chassis. Not only was this fiberglass body of benefit structurally and in terms of weight saving but it was also cost effective. Rather than undertaking this aspect in-house, the fiberglass bodies were outsourced to Heinkel Flugzeugbau, an aircraft parts supplier. The slippery new design was a low-slung, enclosed two seater and using all of their experience, Porsche created a formidable technical specification to ensure that the new race car would provide exceptional handling characteristics. Indeed thanks to the front-mounted fuel tank, weight distribution was a 48/52 balance front to rear when full and 42/58 when empty.

At the same time as the 904 was evolving so was an all-new six cylinder engine and competition application was inevitable given where the design was coming from! However, it was clear that this would not be ready in time for the 1964 season thus Hans Meyer (from the Grand Prix project) was deployed to entice more power from the existing four cylinder Carrera engine used to formidable success in the preceding 356 GTL Carrera-Abarths. Designated Type 587/3, this final evolution of the two liter, four cam, four cylinder powerplant now produced a very healthy 180bhp at an ear-piercing 7,200rpm. The engine was mated to an all-new five speed gearbox (Type 901) and with a dog-leg first gear, it displaced power via a ZF limited-slip differential. Inside the svelte 904, the seats were located in a fixed, non-adjustable position thus Porsche designers gave the driver the opportunity to adjust the pedals to three separate locations and the steering column was also telescopic and adjustable to suit.

In order to homologate the car, Porsche had to build a minimum of one hundred examples, therefore they needed to fill the order books quickly so to ensure the new 904 could tackle the premier sports races right from the start of the 1964 season (the cut off date being March 31st.) Heinkel Flugzeugbau produced the bodies which were painted, wired and plumbed for fuel and oil tanks at a rate of two per day and the deliveries started arriving at Porsche in November 1963. Meanwhile in Zuffenhausen, using the brand-new factory which had been built for production of the Type 901 coupe (of course later forced to be renamed 911), Porsche built one 904 per day. As expected, the 904 proved to be an outstanding race car and in 1964 alone a 904 came first overall (humbling machinery with far greater displacement!) in the Targa Florio and it recorded class wins at Le Mans 24hrs, Sebring 12hrs, Nürburgring 1,000km, Spa, Rheims and many more in both factory and private hands. 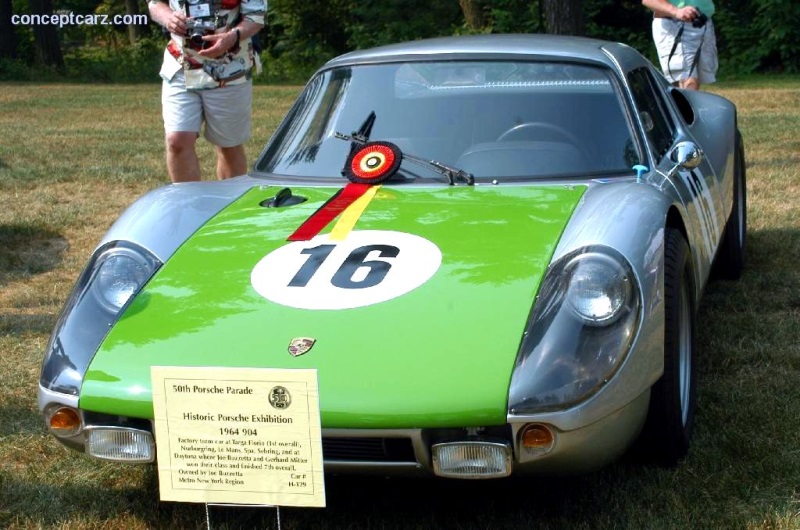 True to form, Porsche built three prototypes as factory development test-beds to iron out any obvious flaws prior to owners taking delivery, and the example we offer here is the third produced. Visually different to the production models it features grills rather than eared vents on the rear bodywork, squared-off doors, does not have fog lights or (easily visible) brakeducts and had a narrower 'mouth' at the nose of the car. This distinct 904 was used by Porsche for the official 904 press release at Solitude and was featured in the February 1964 edition of Car & Driver magazine. Suitably impressed, the author commenced his write up by stating, 'The Porsche factory has another winner in the two-liter Carrera GTS, or Type 904.' Also acknowledged was the chassis and suspension layout and in the statistics section, this (previously-noted) assumption was well founded as Car & Driver noted performance figures of 0-60mph in 5.7 seconds with a quoted top speed of 162mph.

Once 904-003 had served its term at the factory, it was sold to a gentleman in the ÚS by the name of Robert Hess who used it as an exhilarating road car. In due course 904-003 found its way to Guatemala where it resided until its then owners' passing and in the late 1980s it returned to American soil when it was acquired by Weldon Scrogham of B&W Motorwerks Ltd in Waynesboro, Virginia, and was more recently purchased by the current vendor.

Overall condition of this uniquely-styled 904 is handsomely original particularly to the interior where the sun-bleached blue velour seats have aged with grace. A refurbished wood-rimmed, three spoke steering wheel dominates the drivers' area and the dashboard is in fine order. The fiberglass body and tub are in very good order, there appears to be no evidence of prior repairs and paint finish is very nicely presented. Though not driven, upon inspection the engine certainly ran well, was 'on the button' and the loud, clean exhaust note raised hairs on the back of this cataloguer's neck!

This distinctive 904 is the only prototype that retains the same visual profile as it did when used by the Porsche factory and having not being exposed to the maladies often experienced with racing, it is a pure example of the attractive, hugely effective 904 and is highly recommended.Source - Christies
No auction information available for this vehicle at this time. 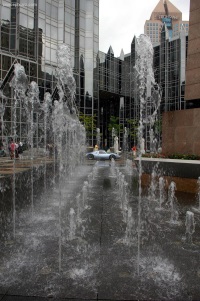