This 540K Special Cabriolet C is a custom-built and one-off design by Sindelfingen, the Daimler factory coachbuilder.

The elegant coachwork created for the Mercedes-Benz 500K and 540K at the renowned Sindelfingen Werk, is considered among the most important of the classic era, and perhaps of any era.

In 1932, design and custom bodies became functions of the Sindelfingen factory, among others. 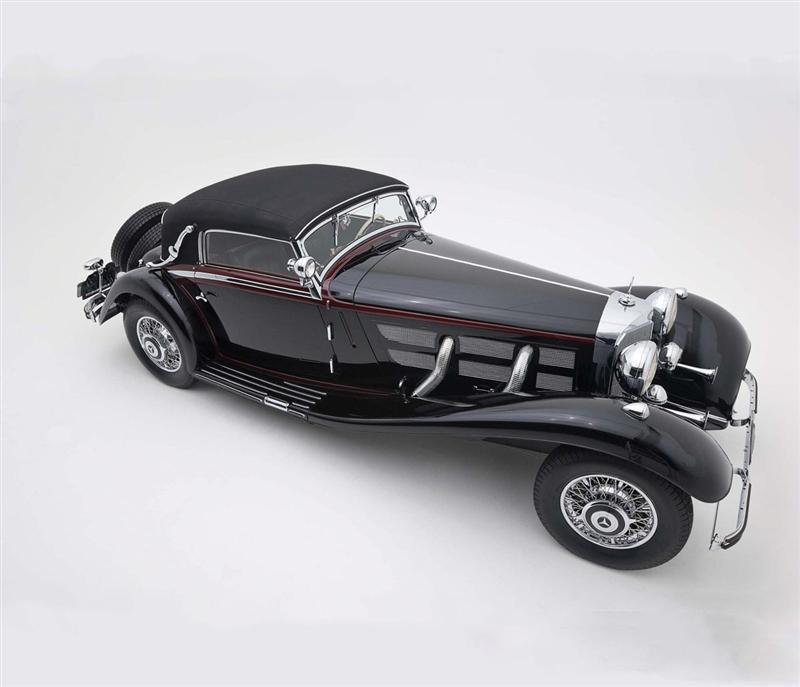 The 540K chassis was designed with coachbuilders in mind, providing a platform for a wide variety of body styles.

The 540K was described by a journalist in the thirties as having - aggressive styling, - and that image may have been the reason that this car was expressly commissioned for Mr. William A.M. Burden, a great, great grandson of Cornelius Vanderbilt.

He was interested in building a special car that was avant-garde.

Mr. Burden was an American financier and an automobile enthusiast. He was Assistant Secretary of Commerce for air 1943-47, ÚS Ambassador to Belgium 1959-61, and Chairman of the New York Museum of Modern Art. In the year 1936, Mr. Burden had this car built to his personal specifications.

As an avid Mercedes-Benz enthusiast, Burden wanted a design, which called for more style, and included pontoon fenders, the elimination of running boards, and a rear mounted spare with a provision for a second one.

Its most striking feature was the unique slanted grille shell over the radiator, and no exposed radiator cap or mascot.

His goal was apparently to emulate the racing Mercedes-Benz of that era. 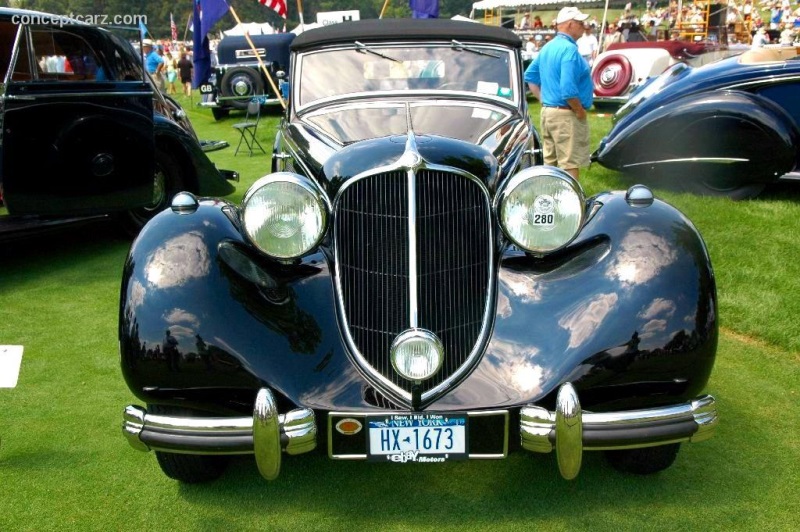 It was thought that the end result had a distinctively sleek, French look, resembling late model Delage and Delahaye designs by Chapron or Letourneur et Marchand.

Of the 32 Cabriolet C that were produced, only this Special has all of these unique ingredients, including two, narrow height side windows, similar to the A, producing a sort of chopped look.

Similar to the Special Roadsters, this 540K has a disappearing top when retracted, with a tidy cover, that smoothes out the whole look of the deck area.

This cabriolet C is unlike any other ever built.

All of these not so subtle changes are what set the look of this car apart from the much more commonly produced variety. 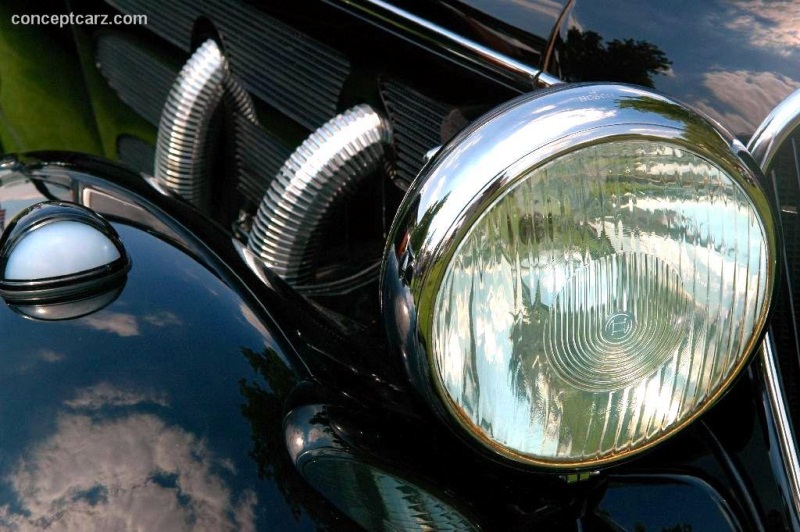 The supercharged straight eight engine produces 180 horsepower and working through a four speed manual transmission, is capable of moving this automobile at over 100 miles an hour.

In its day, that gave it legendary status.

The ride is compliant due to the four-wheel independent suspension.

Following the ownership by Burden, the second proprietor, a reporter for the Long Island Press, drove the car for many years. Úpon his death, his widow met with the current owners and sold them the car in 1963.

Since it was almost completely intact, LaVine restoration in Nappanee Indiana was commissioned to perform and complete the restoration to match the factory photographs.

It was a time-consuming and very costly project, but the end result was magic.

The car is stunning, and is worthy of the accolades that followed its completion.

The engine and transmission function perfectly and were never taken apart.

After its 100-point restoration, the car was first shown at Hershey in 1993, where it received a first.

Other awards have followed, some of which are listed postscript, and it has been kept in show-worthy condition, to this day. 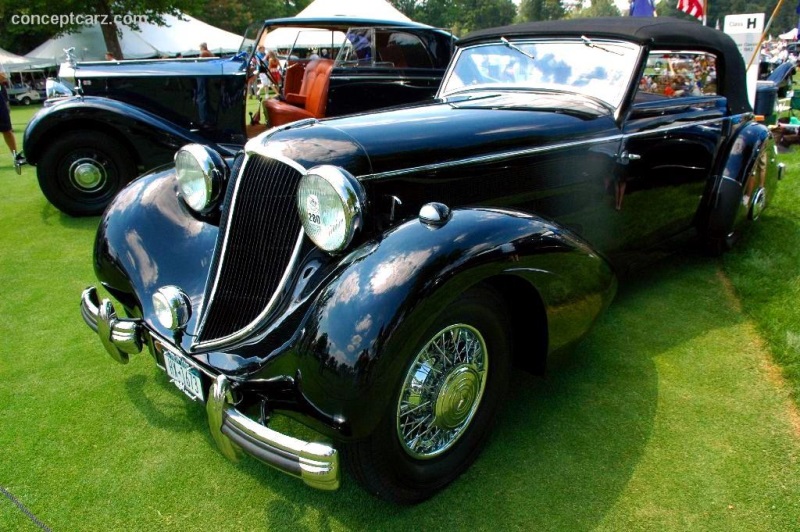 The importance of this fine automobile can not be overstated. It is a worthy gem, for any collection.

It comes with comprehensive and extensive documentation, including factory photographs and order sheet.Source - Vehicle Owner
No auction information available for this vehicle at this time.

1936 Mercedes-Benz 540K's that have appeared at auction but did not sell.