Sold for $264,000 at 2004 Gooding & Company Pebble Beach Auction.
Sold for $451,000 at 2007 Gooding & Company.
Sold for $451,000 at 2009 Pebble Beach Auction : Gooding & Company.
Sold for $770,000 at 2012 Gooding and Company - The Scottsdale Auction.
Ferrari introduced their new 275 GTS at the Paris Auto Show in October of 1964. By this point in history, Ferrari had a very diverse and symbiotic production line, offering both luxury road cars capable of high-speed road use and grand prix cars plus single-purpose sports racers. As would be expected, the racing persona of the track cars often found their way to the production cars, which meant they were packed with performance but also difficult, challenging, or uncomfortable to drive. The 275 GTS was the solution; it successfully combined the race-bred mechanicals with civilized interior and driving characteristics. The GTS was similar to the 275 GTB, featuring a higher rear-axle ratio than the Berlinetta and a milder mannered engine. Top speed was still very impressive, achieved at 145 mph. Its elegant Pininfarina body rested on a short, 2400 mm wheelbase. It had great handling and agility with wonderful responsiveness. The exterior design was different than the 275 GTB. The interior of the GTS was luxurious was fully adjustable bucket seats and greater luggage capacity in the boot. The convertible top was easily storable and provided weather protection when erect.
This 275 GTS has chassis number 07885 and engine number 213. It was given a restoration performed by Black Horse Motors in Southern California. The work was rewarded with a Platinum Award for restoration at the Cavallino Classic as well as a Platinum Award at the Ferrari Club of North America National Show.
It has a later-style body with side vents and painted in the correct red paint. It has a tan leather upholstery and door panels, with black trim, and correct lightweight alloy rims and Borrani wire wheels which ride on Michelin XWX tires. In 2007 this Ferrari 275 GTS was brought to the Gooding & Company auction held in Pebble Beach, CA where it was estimated to sell for $450,000 - $500,000. Those estimates proved accurate, just barely, as the lot was sold for $451,000 including buyer's premium.
By Daniel Vaughan | Apr 2008
Spyder Convertible Coupe by Pininfarina
Spyder Convertible Coupe by Pininfarina
Chassis#: 08621
Chassis#: 07655 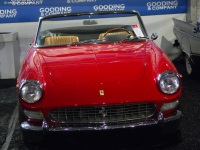 Recent Sales of the Ferrari 275 GTS

Ferrari 275 GTSs That Failed To Sell At Auction

1966 Ferrari 275 GTS's that have appeared at auction but did not sell. 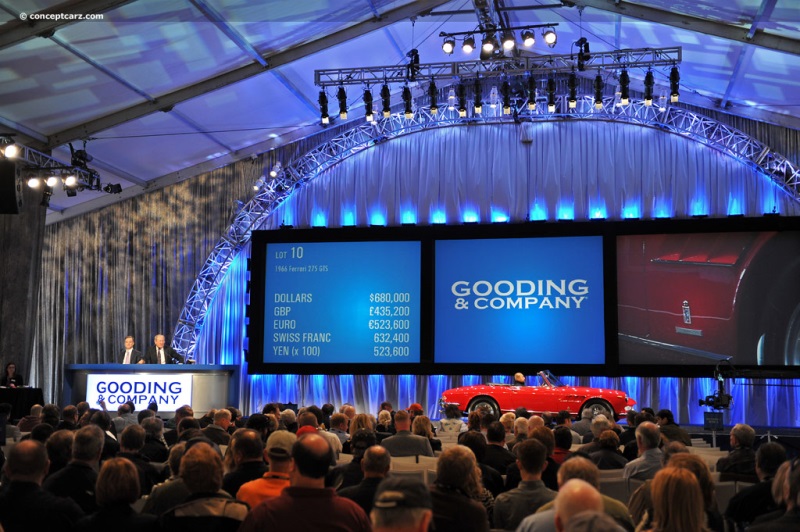 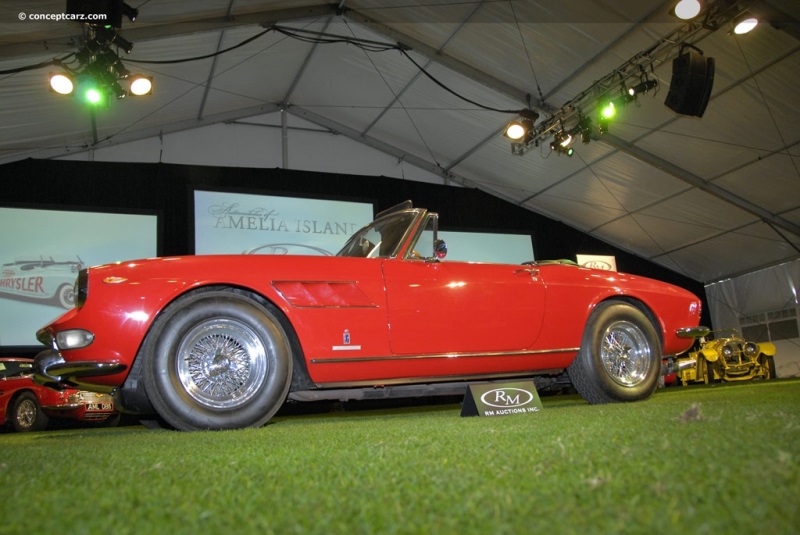 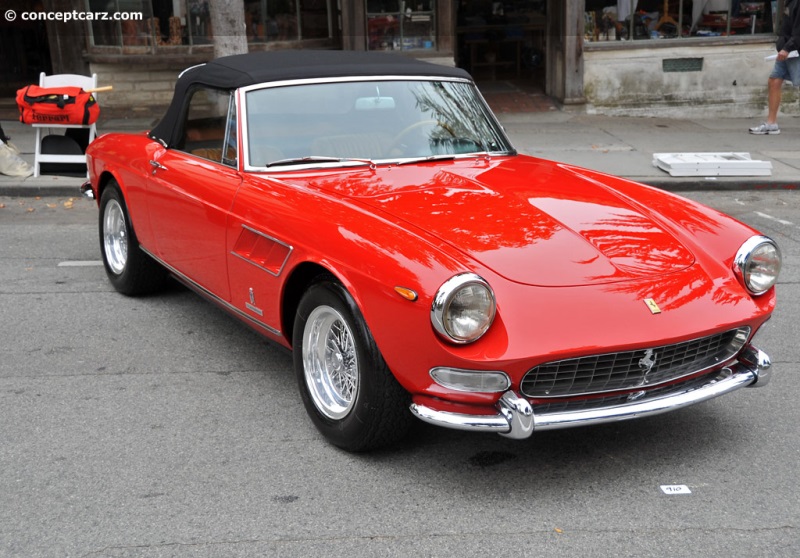 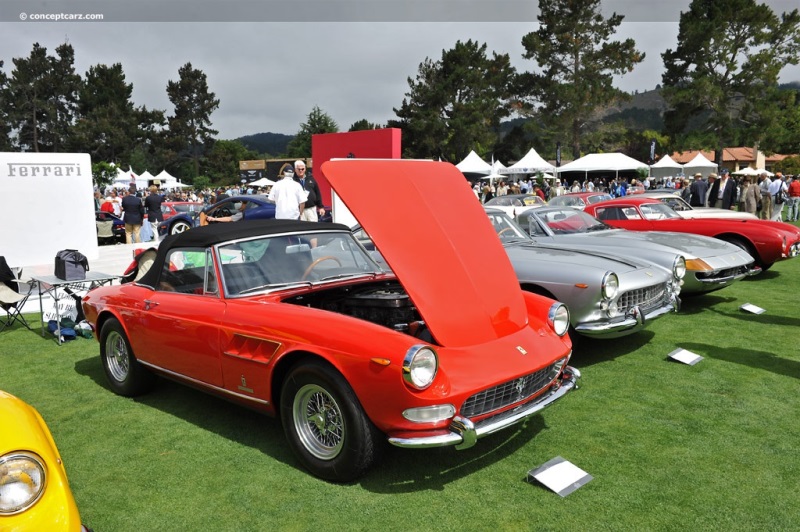 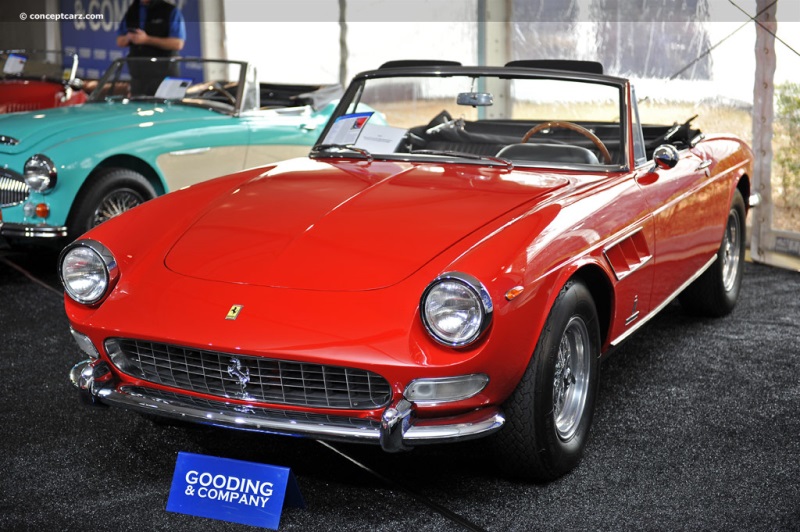 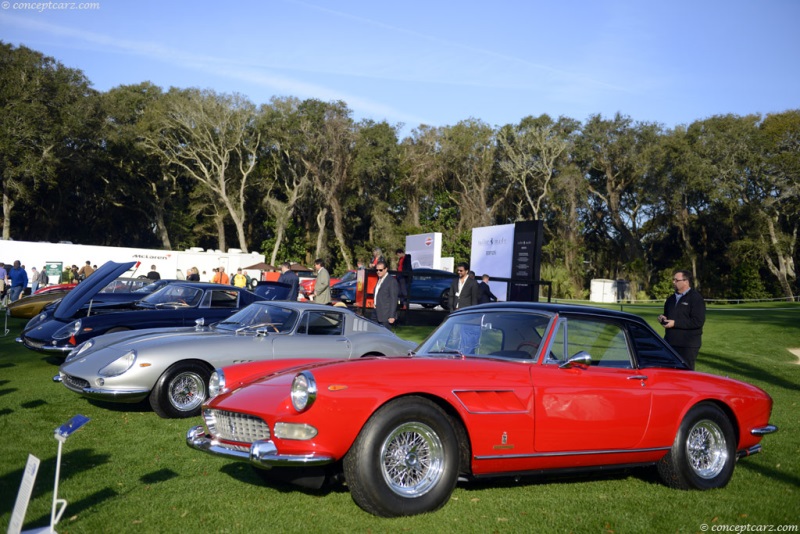 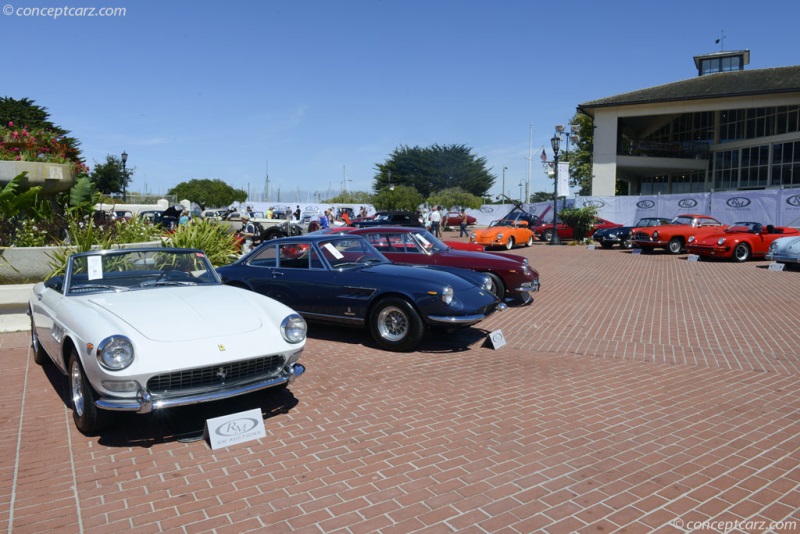 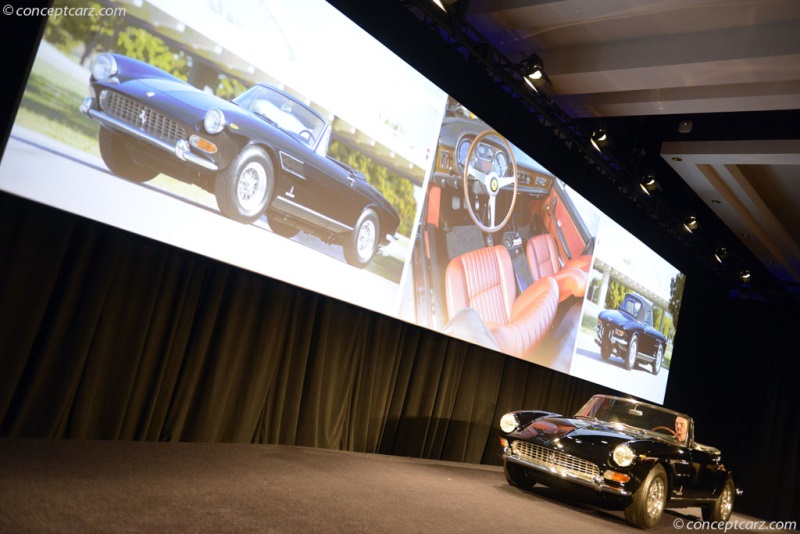 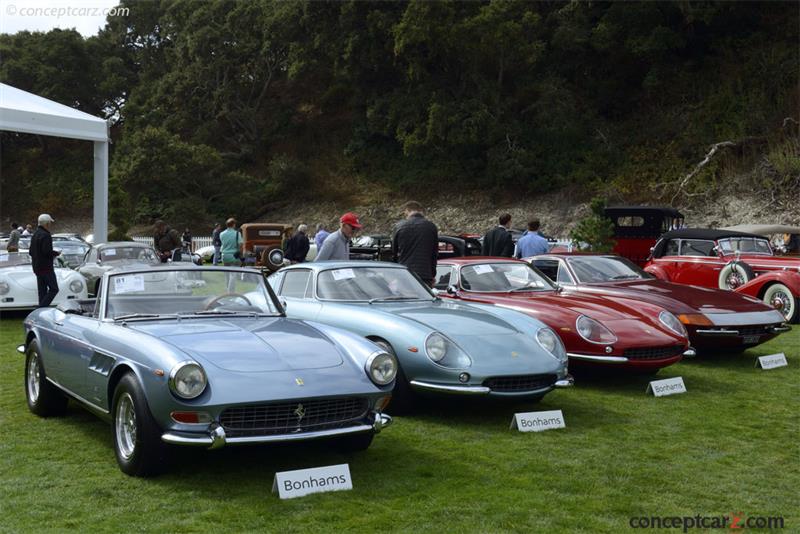 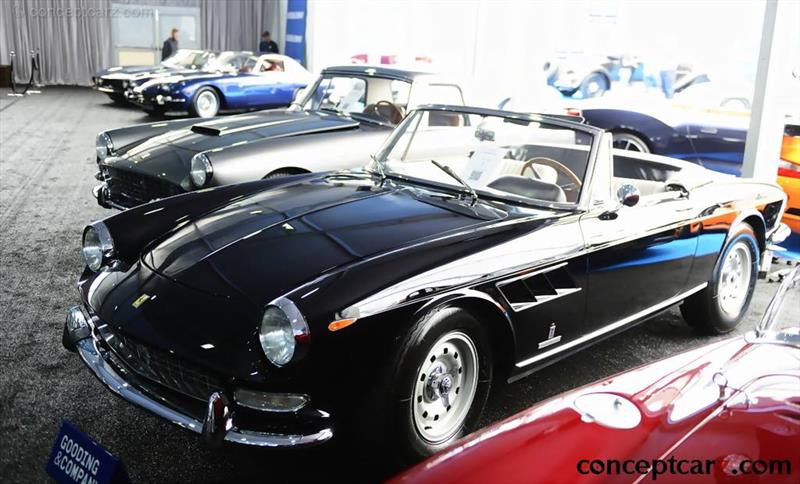