Sold for $1,100,000 at 2007 Gooding & Company.
Sold for $2,365,000 at 2013 Gooding and Company - The Scottsdale Auction.
The first Ferrari 250GT cars began with those created by Mario Felice Boano and then his successor Ezio Ellena. During this time, Pinin Farina prepared for the 250 GT coupe and cabriolet production at Grugliasco. Within a short period of time, thanks to the popularity of the 250GT, Ferrari's output of road cars increased by a factor of three. There were many varieties of the 250GT throughout its production lifespan, even those built for special clients. One of the first clients to get a one-off 250 GT, based on the production Pinin Farina coupes, was Dottore Wax of Genoa. Another was created for Prince Bertil of Sweden. This Ferrari 250 GT Coupe Speciale, with chassis number 1187GT and matching engine number, was built during the initial run of the 250 GT Pinin Farina coupe and cabriolet.Records indicate that this car was on display at the Geneva Motor Show in 1959. It has a blend of elements from both the coupe and cabriolet versions. Also, it borrowed styling cues from other Ferrari models such as the 410 Superarmerica with its thin roof, large wraparound rear window, and large quarter windows. It was a modest car that was void of extravagant or flamboyant features such as fins or bright metal adornments.
After its appearance at the Geneva Motor Show, it was sold to engineer Emanuele Nasi of Turin in May of 1959. A few years later it was exported to the United States. It passed through the ownership of two California individuals before being acquired by Greg Garrison in 1986. While in Garrison's care, the car was treated to a much-needed restoration.
Though there were around 300 examples of the Ferrari 250 GT Pinin Farin coupes created, this one is one-of-a-kind. It lacks the blind-quarter's found on the Pinin Farina coupe's roof and pillars, along with several other key differences. At the Geneva Motor Show, the 250 GT Coupe Speciale wore a Grigio Metallizzato Speciale paint scheme with black leather and plastic interior. In modern times, the paint is metallic silver with red-leather interior.In 2007 this car was offered for sale at the Gooding & Company auction held in Pebble Beach, CA where it was estimated to sell for $800,000 - $1,200,000 and offered without reserve. Those estimates proved accurate as the lot was sold for $1,100,000 including buyer's premium.
By Daniel Vaughan | Jan 2010

Ferrari 250 GT Speciales That Failed To Sell At Auction

1958 Ferrari 250 GT Speciale's that have appeared at auction but did not sell. 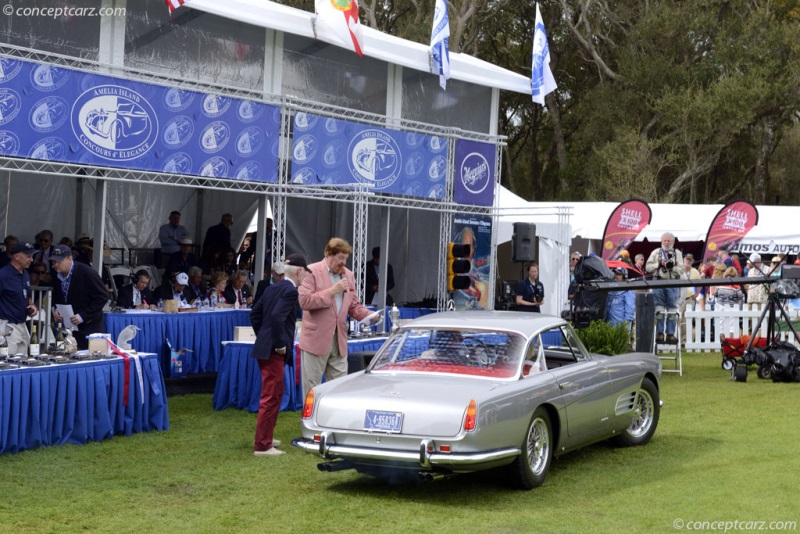