Sold for $550,000 at 2014 Gooding & Company - The Scottsdale Auction.
Briggs Cunningham may have been born in Cincinnati, Ohio, right in the heartland of America, but he could have been right at home in Modena, or Maranello, Italy, such was his approach to automobile-making. Besides being considered the builder of what many consider to be America's first sports car and earning a 4th place at the 1952 24 Hours of Le Mans, Cunningham understood well the axiom of 'win on Sunday, sell cars on Monday'. Enzo Ferrari had started out building race cars but would soon come to realize the need to build cars for the street in order to fund his racing aspirations. Furthermore, he quickly realized the current climate suggested the common person wanted the same kind of performance in their street cars as that which they had witnessed at the races. This would eventually lead to a whole new world of the luxurious sports car.
All of these stages Cunningham understood quite well. He fancied Cunningham automobiles to be Ferrari of North America. Therefore, Briggs wouldn't just have ideas for race cars rattling around in his mind. He also had notions of luxurious performers bearing the Cunningham name.
Following the expensive and luxury-light C-1, Briggs would receive some very important help. Cunningham would contact Carrozzeria Vignale based in Turin, Italy. He would propose to them his idea of building a luxurious performer. What he wanted from them was a classic body to grace his C-2 chassis. It would be known as the C-3What Cunningham suggested was by no means a cheap and straight-forward process. This required Cunningham rolling chassis to be shipped to Turin where they would be fitted with Vignale bodies, and then, shipped back to the United States. However, Briggs believed the coachmaker to hold the key to his notion of a road-going sports car. Besides, it couldn't be any worse than the $15,000 C-1 no one wanted. Compared to American cars of the time, the C-3 was certainly European in its size and looks. However, when compared to Ferraris and Maseratis of the same time period, the car was still much bigger. It is not entirely clear just how many of the C-3s would be built by Cunningham. The number suggested by Briggs himself would be just around 30. One of those would be chassis 5210. In early April of 1952, chassis 5210 would make its way across the Atlantic to Vignale in Turin. Five months later, the chassis would return with its Vignale body. The end result would be a two-tone livery consisting of metallic grey and metallic blue. Inspection of the interior would reveal a C-3 quite similar to the others completed by Vignale. However, this particular example would include a winged emblem. The car would also be the first of the C-3s to receive suspension revisions by 'Red' Byron. Upon arriving back at Cunningham factory, 2510 would remain as a company demonstrator to serve as a vision of Briggs' intentions for his small company. Its Vignale body would lead to the car being featured in an October issue of Mechanix Illustrated in 1953 and then in The Modern Sports Car. Throughout the first couple of years of returning to Cunningham, 2510 would undergo some changes to its hubcaps, gear-selector quandrant and horn. Then, in 1953, the car would be sold to Edmond DuPont.
DuPont would keep the Cunningham C-3 in his possession until 1960 when it was sold to Wilmington Automotive Activities Inc. Before it was sold again in 1962, the car would undergo more changes. The original paint would be changed to blue and white and the original bumpers would be removed. Eventually, the car would pass to George Sterner, and, then, to Ed Jurist and his Vintage Car Store in Nyack, New York.
In 1967, David Deuble would purchase the car and would immediately set to work removing the original seats and repainting the car in American racing livery. In that condition, the car would be sold in 1975 to A. Vail Frost who would prepare to have the car undergo a complete restoration. Unfortunately, this process would not be able to begin until 2002. Still, the work would be completed in 2004 with a majority of original parts used in the process. One of the major finishing touches to the car would be to repaint the car in its original two-tone livery. The results would be rewarding, literally. Throughout 2005 to 2007, the Cunnningham C-3 would earn Best of Show and First in the Sports Car class at the Kentucky Concours d'Elegance. It would also earn the Star Award at the 2006 Burn Foundation Concours, as well as, the Most Outstanding Hemi at Amelia Island that same year. The C-3 would be sold again in 2007 and would be treated to further restoration and maintenance. Then, in 2009, 2510 would take part in the Colorado Grand and would complete the distance without any problems. Since then, the bumpers have been refitted presenting a nearly identical look to that which arrived from Turin back in 1952. It is fitting then that Cunningham's demonstration car would appear in its near original condition to continue in its representative role for America's first sports car manufacturer. Presented at the Gooding & Company auction in Scottsdale, Arizona, the Cunningham C-3 was drawing pre-auction estimates of between $450,000 and $550,000.Sources:
'1952 Cunningham C-3 News, Pictures, Specifications and Information', (http://www.conceptcarz.com/vehicle/z8712/Cunningham-C3.aspx). Conceptcarz.com: From Concept to Production. http://www.conceptcarz.com/vehicle/z8712/Cunningham-C3.aspx. Retrieved 14 January 2014.'Cunningham Sports Cars: 1953 C-3', (http://www.briggscunningham.com/home/sportscars/c3-html/). Briggs Cunningham American Racing Tradition. http://www.briggscunningham.com/home/sportscars/c3-html/. Retrieved 14 January 2014.'Lot No. 21: 1952 Cunningham C-3 Coupe', (http://www.goodingco.com/vehicle/1952-cunningham-c3/). Gooding & Company. http://www.goodingco.com/vehicle/1952-cunningham-c3/. Retrieved 14 January 2014.Lloyd, Barbara. 'Briggs Cunningham, 96, Racecar Pioneer and Sailing Champ', (http://www.nytimes.com/2003/07/05/sports/briggs-cunningham-96-racecar-pioneer-and-sailing-champ.html). The New York Times. http://www.nytimes.com/2003/07/05/sports/briggs-cunningham-96-racecar-pioneer-and-sailing-champ.html. Retrieved 14 January 2014.
By Jeremy McMullen

Sold for $550,000 at 2014 Gooding & Company - The Scottsdale Auction.
At the age of 43, Briggs S. Cunningham II became president of Cunningham motors. the purpose of the company was to build a vehicle that would be capable of winning the Le Mans for the US. The rules for the race included that the vehicle must be made by a manufacturer that sells a certain number of vehicles per year. Cunningham met these criteria by selling the C2R and the C3 Vignale Coupe. These cars are among the most collectible us production vehicles today.The C-3 #5210 arrived in the United States in late 1952 with a Vignale body from Giovanni Michelotti. This C-3 bore more resemblance to other Vignale designs, particularly some of the early Ferrari 212 and 225. Probably one of Vignale's better efforts, it was listed as one of the World's ten best designs by Arther Dexler, director of the New York Museum of Modern Art. This car was used for some time as a Briggs Swift Cunningham Company demonstrator. It was sold to the current owner in 1975 who completed a total restoration of the car in 2004 using all original parts. 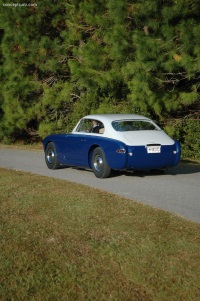 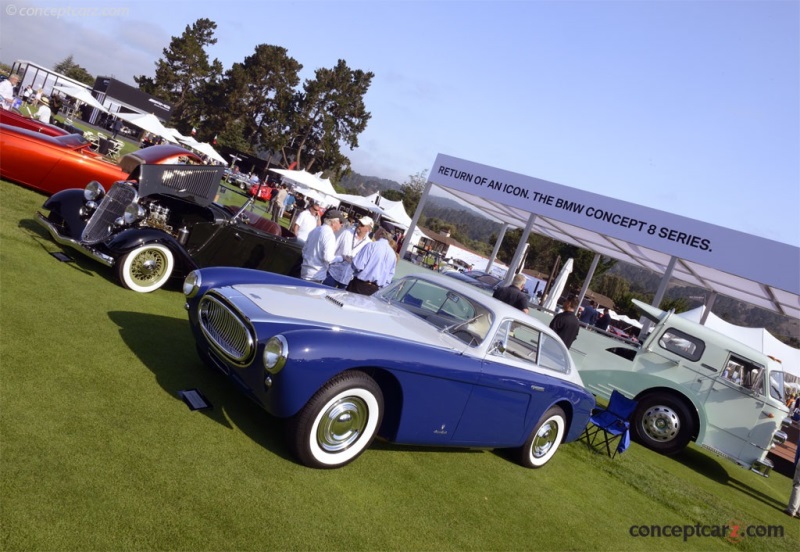 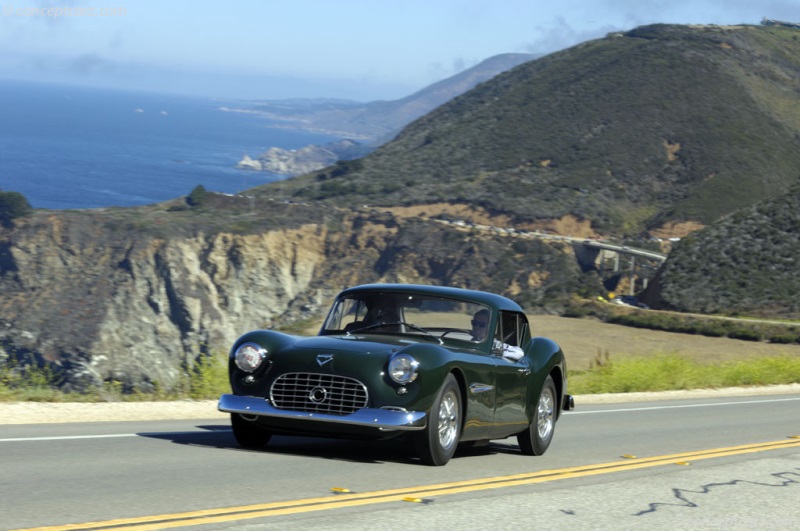 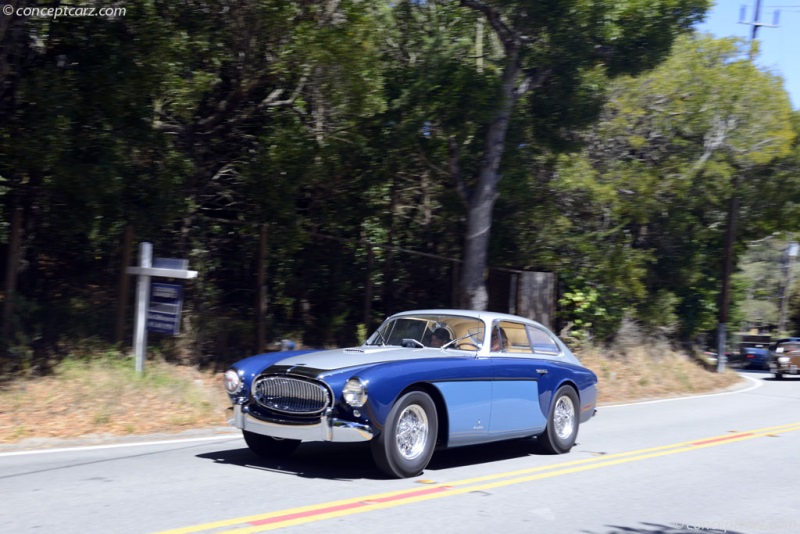 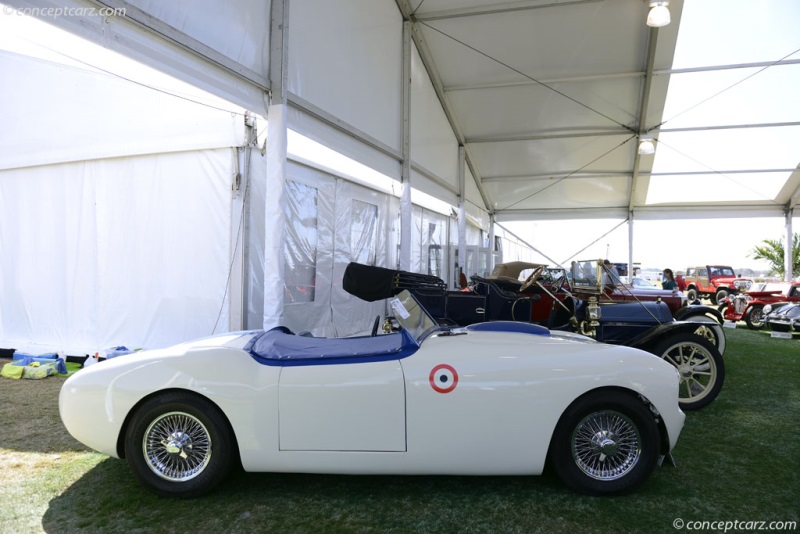 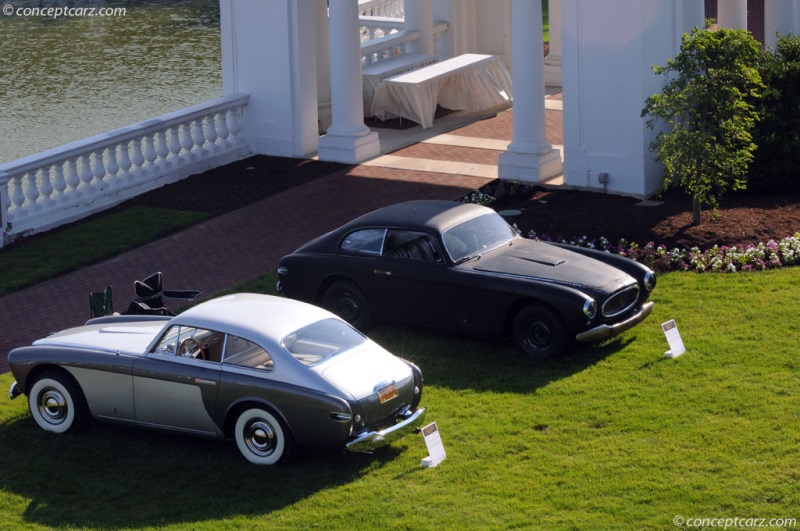 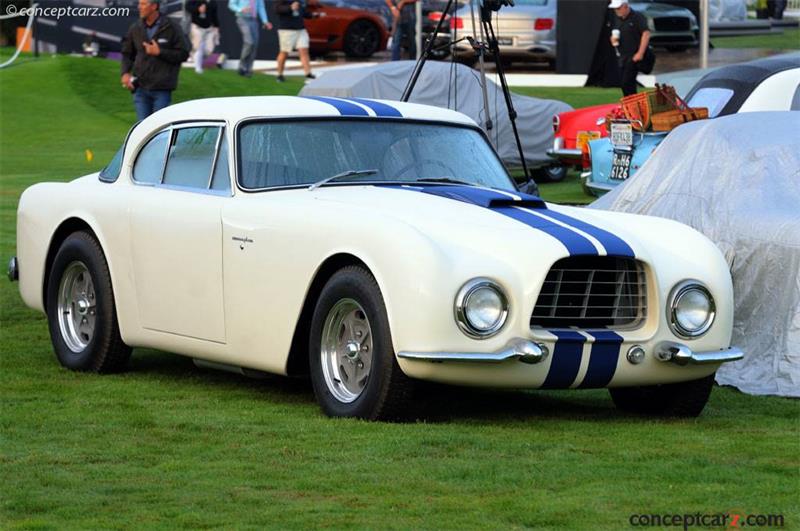