Sold for $412,500 at 2014 RM Auctions at Monterey.
Louis Delage was born in 1874. He learned automotive engineering from Peugeot before leaving in 1905 to build his own cars. He had a passion for racing and winning. Soon he became a fierce contender for podium finishes. In 1913 he won the Grand Prix de France. He continued to improve his vehicles and by 1914 his engines were using double overhead camshafts and his wheels were able to stop quicker than most due to the four-wheel brakes. Further improvements led to an eight-cylinder engine during the early 1920s which led to a 12-cylinder unit which was powerful enough to capture the world speed record in 1924 at 230.548 kmh.At the close of the 1927 season, Delage announced his retirement form the sport. At the hands of Robert Benoist, a 1.5 liter Delage Monoposto racer had swept the entire season and had earned the title of World Champion. Delage decided to leave on a high=note and turned his attention to building road cars.The Grand-Luxe was introduced in 1924 and was intended to compete with the fastest vehicles of its day. It was replaced in 1929 by the D8, which was truly an elegant masterpiece with flowing lines and stylish coachwork.
In 1932 Delage introduced the D8 S and D8 SS which were lower, quicker, and modern. The 120 horsepower engine was more powerful than most other luxury marque engines, and offered at a price that was lower than comparable vehicles.
The companies fortunes turned for the worst in 1935 as the Great Depression forced them to liquidate their assets. The company was purchased by Delage dealer Walter Watney. He quickly realized that the development, design, engineering, and manufacturing was too much and too expensive. He joined with Delahaye with the understanding that the name 'Delage' would still be worn on its vehicles.Using the six-cylinder 135 M engine as a base, engineers along with Louis Delage began work on a new eight-cylinder inline engine. It would be used to power the D8 120, the first new product offered after the Delage and Delahaye union. Before long, coach builders such as Saoutchik, Figoni et Falaschi, Letourneur et Marchand and Chapron were creating designs for the chassis.Chapron was renowned for their elegantly prepared cars, many of which were closed configuartions. The signature exhaust of the Delage were perfect compliments to the sporty but graceful bodies.This Delahaye is powered by a single-carburetor engine that wears four-passenger cabriolet coachwork by Chapron. The car remained in France where it was last registered in Paris, under plate 5241 R 75, in 1965. A short time later, it was imported to the United States and came into the care of Ben Paul Moser. At the time of his passing in 1922, the car was still in Mr. Moser's care. It was sold two years later at his estate state to Jacques Harguindeguy. Harguindeguy displayed the car at the Pebble Beach Concours d'Elegance in 1994, where it was awarded the French Cup, which recognized it as the most significant car of French origin at that year's concours.In August of 1996, the car was acquired for Bob Pond's collection where it remained for the next 18 years. Currently, the car is finished in two-tone blue finish with a red leather interior with wood trim, and whitewall tires. There is a three-position top and a fully modern streamlined body.
By Daniel Vaughan | Sep 2019 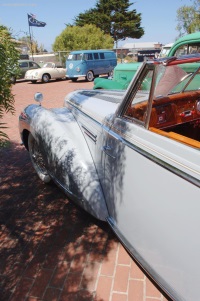 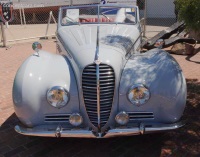 1951 Delahaye 135M's that have appeared at auction but did not sell. 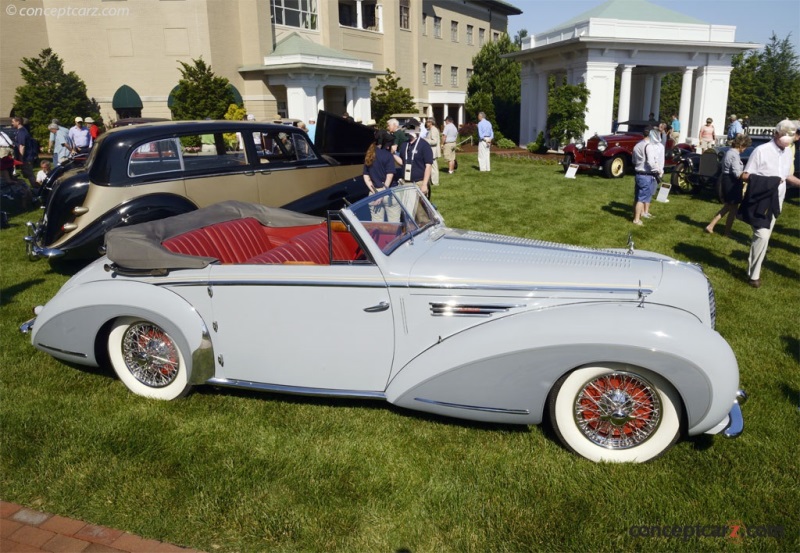