Sold for $261,780 (CHF337,722) at 2005 Bonhams - Historic Ferrari Motor Cars & Automobilia.
Ferrari 365 GTB/4 with chassis number 1275 was the 805th example of the Daytona created. It was finished in Rosso Dino with a Nero leather interior. It was sent to the United States to Chinetti-Garthwaite, the Philadelphia area dealer, located in Paoli, Pennsylvania. Two years later, the car had returned to Europe and with Panther Westwinds in Surrey England. Using designs created by Luigi 'Coco' Chinetti Jr. and Gene Garfinkle, the supercar was transformed into a station wagon.This conversion utilized very little of the original exterior. One of the few remaining original items used was the broad hood. The rear of the wagon was very unique as it did not open in the traditional tailgate fashion. Instead, it had gullwing-style rear side windows for access to the cargo deck. Wood decking material was used for the cargo load floor. The wood theme continued to the front, where much of the original instruments were now centrally located in an opulent wooden trim dashboard. Near the close of 1975, the car was delivered to architect and builder Bob Gittleman in Florida. It was later featured on the cover of the Prancing Horse. In 1980, Gittleman offered the car for sale. A few years later, it was in the posession of Joe Marchetti, who kept it for a short time before offering it for sale. The car would change hands on several occasions throughout the next few years, including those of Texas oil man and race team owner John Mecum. In 1988, the car was sent to the Barrett-Jackson Scottsdale auction where it was purchased by New Jersey Ferrari collector and dealer Bill Kontes of the Checkered Flag Collection.
A short time later, the car - now fitted with black and fawn interior - was up for sale. It was acquired a while later by a French individual.
It was on display at the Paleis Het Loo Concours d'Elegance in Holland in 2000. The following year it was shown at the Carier Style et Luxe Concours at the Goodwood Festival of Speed. This one-of-a-kind Ferrari has been driven fewer than 4,000 miles since new. In 2008, it was offered for sale at the 'Quail Lodge, A Sale of Exceptional Motorcars and Automobilia' presented by Bonhams Auction where it was estimated to sell for $400,000 - 500,000. It would leave the auction unsold.
By Daniel Vaughan | Dec 2008

Sold for $261,780 (CHF337,722) at 2005 Bonhams - Historic Ferrari Motor Cars & Automobilia.
First shown at the Paris Auto Salon in 1968, the 365GTB/4 (365 for the individual cylinder displacement, GTB for Gran Tourismo Berlinetta, and 4 denoting the number of camshafts) quickly became known as the Daytona. The name was unofficially given to the car by the media following a 1-2-3 victory at the 1967 Daytona 24 Hour race. The popular nickname stuck, much to the chagrin on Enzo Ferrari. Production continued through 1974 with 1,285 coupes and 127 spyders built.This car was originally shipped to Chinetti-Garthwaite dealership in Paoli, Pennsylvania, when completed. Two years later, it was with Panther Westwinds in Surrey, England. Working to a design by Chinetti and freelance designer Gene Garfinkel, Panther Westwinds modified the Daytona into a unique one-off station wagon delivering it to Florida architect Bob Gittleman. There is no tailgate, so access to the wooden-deck cargo area is through the gullwing-style rear side windows. The interior was also substantially modified including centrally mounted instruments in the opulent wooden-trimmed dashboard. 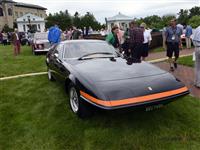 1972 Ferrari 365 GTB/4 Shooting Brake's that have appeared at auction but did not sell. 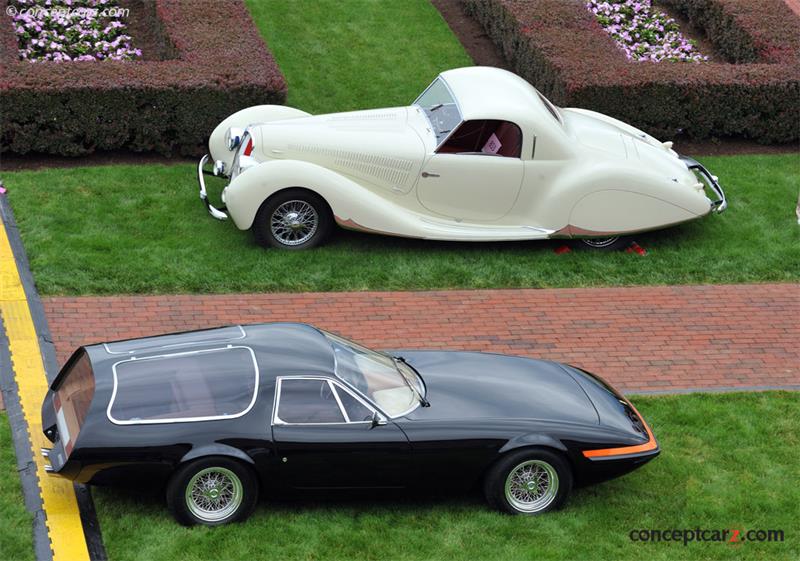