Sold for $423,500 at 2008 Russo & Steele Monterey Auction.
Ferruccio Lamborghini entered the automobile business in 1963. His previous efforts were in the tractor manufacturing business, modifying military surplus equipment for civilian use. The creative entrepreneur and car buff in his own right felt that he had to build a supercar that would top anything Ferrari or Maserati had to offer. He hired two young engineers, Gianpaolo Dallara and Paulo Stanzani to begin designing this new car.

The Miura was first shown to the public at the November 1965 Turin Auto Show. At the time, it did not have a body. It was just a rolling-chassis. The design was mid-engined, a very revolutionary technique at the time. When Nuccio Bertone was chosen to carry out the body design, he gave the project to Marcello Gandini. In early 1966 the Bertone body and the chassis designed by Dallara and Stanzani were assembled into one unit. The world was given their first glimpse of the completed Miura at the 1966 Geneva Motor Show, which began on March 10th. Not surprisingly, the revolutionary vehicle named for a breed of Spanish fighting bulls was instantly popular, with demand outstripping supply. Ferrucio Lamborghini had originally planned the Miura to be a low production, halo car with production set to around 30 models, but the car's lightweight frame, impressive list of specifications, all independent suspension, and mid-engine layout truly impressed all who had money for The Next Big Thing burning holes in their pockets in Lamborghini's direction. In all, even though offered at a price of nearly $20,000, 108 units were constructed in the first year.

The Miura's appearance is indisputably stunning, with clamshell-style bonnets and a four liter V12 engine putting out 305 bhp. The Miura is also the first road-going automobile to use Campagnolo wheels with a central locking nut, just like a racecar. In 1968 the 'S', for 'Spinto' or 'tuned', was introduced at the Turin Auto Show, featuring an upgraded 370 horsepower engine thanks in part through the use of a new combustion chamber and larger intakes, upgraded brakes and numerous other enhancements; even air conditioning was available at extra cost. The 'S' was an even faster car, sporting better performance and more luxurious amenities throughout, and could sprint from zero-to-140 in less than 30 seconds. Stopping power and lateral stability was enhanced by ventilated disc brakes and a modified rear suspension. The excellent power of the Miura was matched by its Bertone styled body that was both exotic and elegant in a graceful, flowing harmony. 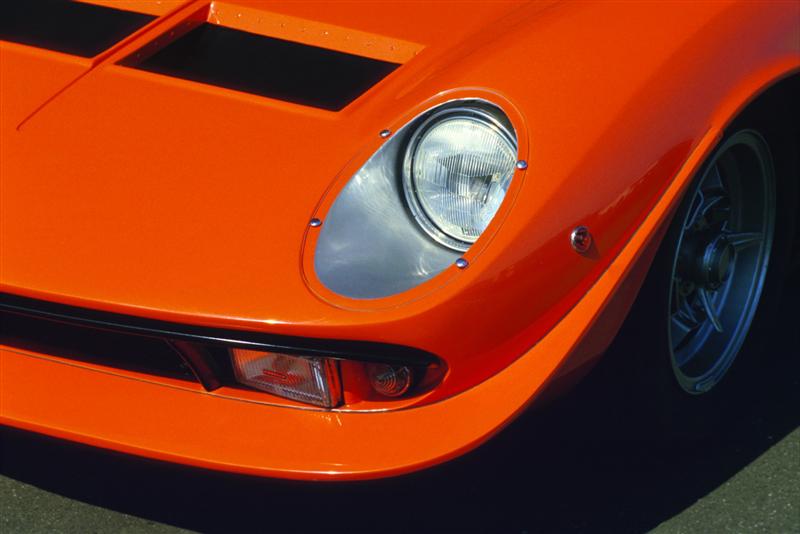 This 1970 Miura S is finished in Fly Yellow with a blue leather interior. This car has traveled a mere 200 miles since a 3 year complete mechanical overhaul with documents and receipts totalling $90,000.

1970 Lamborghini Miura P400S's that have appeared at auction but did not sell.