The motor company Iso Rivolta (Iso Motors since 1973) was initially named Isothermos and began as a manufacturer of refrigeration units. The company was originally founded in Genoa in 1939, but transferred to Bresso in 1942 under the direction of chief engineer Renzo Rivolta. After the Second World War, the company reopened its doors; completely changing direction by 1948, they began to build motorcycles, scooters and motocarries (three wheeled transport scooters/motorcycles). In 1953, Renzo Rivolta, also the heir of an important family of industrialists just outside of Milan in Bresso, changed his production portfolio to mopeds and motorbikes instead (Isomotos). With the termination of equipment production, the company Iso Autoveicoli S.p.a. was founded in 1953. Among the most famous are the Furetto (1948), 'Isoscooter (1950),' Isocarro' (1951), 'Isomoto' (1954) and 'Isosport' (1953).

The last Iso motorcycle, the Iso 500, left the factory in 1961. Isomotos were known as expensive, but durable and well-built. The mid-1950s also saw Rivolta continue to branch out from three to four wheels as he started to develop a miniature car for two persons and front entrance, initially with only three wheels, later, for reasons of stability, with four wheels (the two on the rear very close together). From this was born the Isetta. Starting in 1954, the radical little commuter car was licensed to automobile manufacturers in several countries: France (by VELAM), Spain, Great Britain and Brazil (by Romi). The most successful, however, was the German Isetta built by BMW. The BMW-Isetta fulfilled the dream of mobility in war-torn Germany and about 130,000 were sold until the end of production in 1962.

Together with the engineer Giotto Bizzarrini, the designer Giorgetto Giugiaro and the body-experts of Bertone, Renzo Rivolta began developing the Iso Rivolta IR 300. Introduced at the Torino Show of 1962, it was an elegant 2+2 Coupé with well-balanced technical components and outstanding driving performance. Beneath the unique bodywork, a 327 ci V8 Chevrolet engine sourced from the successful Corvette powered the car, while the transmission along with De Dion axles and Lockheed 4-wheel disc brakes came from the large Jaguars of the time. This concept of sharing good components from existing manufacturers of performance drivetrain components would be maintained for almost all Iso production cars. Starting in late 1971, Ford 351 Cleveland engines replaced the GM small block. Iso's most well-known GT was without doubt the Iso Grifo Berlinetta by Bertone, first presented as a very sporty, low-slung prototype, the Grifo A3C, in 1964. Following Bizzarrini's departure, this prototype formed the basis for his own Bizzarini 5300 GT. Further refined by Iso, the production Grifo received a reworked, less aggressive and more luxurious body in the process, and went into production in 1965. The following year, a convertible version of the Grifo was shown that didn't manage to go into production. Starting in 1968 the Grifo could also be had with Chevrolet's 427 ci big-block V-8; this version was known as the 'Grifo 7 Litri' and was easily recognized by the broad air inlet on the hood. Later-day Grifos, the Series II, featured concealed headlights and a slightly modfied front area. 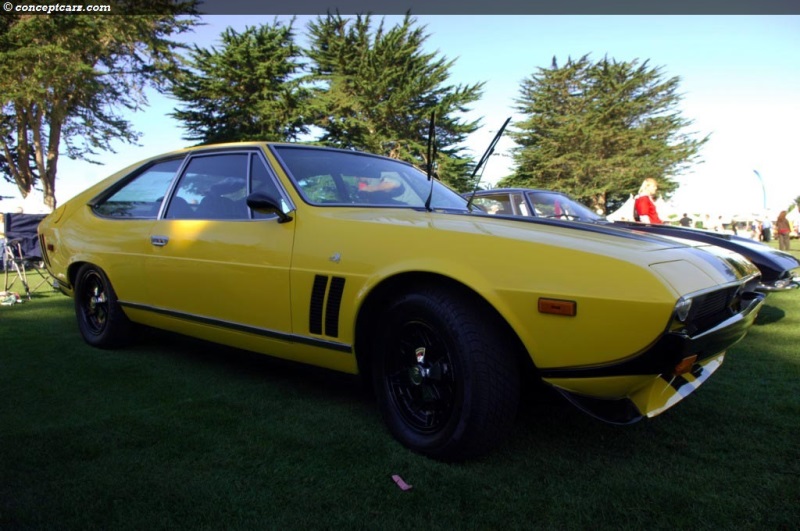 After the sudden death of Renzo Rivolta, his son Piero became the director of Iso Rivolta in 1966 at the age of just 25. Únder his leadership, Iso built the large Ghia-bodied sedan Fidia, dubbed 'the fastest four seats on wheels', the Grifo 7 litri and the Bertone-bodied 2+2 fastback coupé Lele intended as the successor to the IR 300. Named after Lele Rivolta, wife of Piero Rivolta (son of Iso company founder Renzo), early models had Chevrolet 350 engines and a manual or automatic transmission while the later cars went over to Ford power. After a few too many lean years, Iso Rivolta went bankrupt in 1974, and since founder Renzo's death, a mere 1,700 Iso cars managed to leave the factory under his son's tutelage.

One of just 20 made in its last year of production, the Lele on shown here represents one of the finest Italian Autobahn cruisers ever produced. Designed to offer 2+2 comfort, style and 150mph stability right off the showroom floor, this example is extremely rare as it represents one of just two last-year models known to exist in the Únited States. In 2009 it was offered for sale at the Russo & Steele Auction held in Monterey, California.Source - Russo & Steele Auction
No auction information available for this vehicle at this time.

1974 ISO Rivolta GT's that have appeared at auction but did not sell.