Sold for $13,500,000 at 2016 Gooding & Company : Pebble Beach.
This particular example, chassis number 1759 GT, is the sixth example built and among the first competition cars completed for the 1960 model year. This car was purpose-built to compete in the 24 Hours of LeMans. Built between January and March 1960, this SWB Berlinetta was equipped with the latest Tipo 168 outside-plug V-12 engine, with Testa Rossa cylinder heads, Weber 40 DCL6 carburetors, velocity stacks, and 9.9:1 compression. This car may have also been the first Ferrari to be outfitted with the SNAP exhaust extractors. Another distinguishable feature on 1759 GT are the rear brake cooling scoops on the rocker panels just ahead of the rear wheels.This Berlinetta Competizione was tested at Monza on April 27th of 1960 in preparation for Le Mans. At Monza, the car was tested by factory drivers, including Phil Hill, Richie Ginther, and Wolfgang von Trips.1759 GT was sold to US distributor Luigi Chinetti Motors in New York on June 18th of 1960, who sold the car to Dr. Harvey Schur. It was then registered on Italian export license plates 'EE 02016,' and final preparations were made for its racing debut.
Chinetti's North American Racing Team arrived at LeMans with four Ferraris, including a TR59, two Competition Berlinettas, and a Competition California Spider. This car, chassis number 1759 GT, wore number 19 and was decorated with NART insignias, a white and blue noseband, and white stripes running diagonally along the passenger's side. It had is front bumperetts removed for the race, a Plexiglas bug deflector placed on the hood, and an aluminum roll bar installed. Individuals tasked with driving 1759GT were Ed Hugus and Augie Pabst.
At the end of the 24 Hour endurance race, the factory's TR59, driven by driven by Olivier Gendebien and Paul Frère, took overall honors. 1759 GT was one of four SWB Berlinettas to finish in the Top 10.After LeMans, 1759GT was exported to the United States and prepared for Dr. Schur, who had Chinetti Motors change the instruments from kilometers to miles per hour.Gilbert Horton became the car's next owner in 1962, trading in his alloy-bodied LWB California Spider (chassis number 1639 GT). In 1967, Mr. Horton sold 1759 GT to Mark Slotkin of California, who, three years later, sold it to Charles Betz and Fred Peters. In 1973, Betz and Peters sold the SWB Berlinetta to Philip Bronner of Rancho Palso Verdes, CA. Dr. Bronner used the car in various vintage racing events during the 1970s, running it at the Ferrari Owners Club USA Hillclimb in Virginia City, Nevada, and the Monterey Historic Automobile Races at Laguna Seca every year from 1975 to 1980.In 1980, the car was sold to Peter Giddings, who sold it three years later to Tom Mudd of Woodside, CA. Mr. Mudd began a restoration, which involved disassembling the car and stripping the coachwork to bare metal. The project never progressed beyond this stage, however, and in 2002 Mr. Mudd sold 1759 GT to a private collector.The initial restoration was completed in 2005, and has been displayed at concours events such as the Cavallino Classic in Palm Beach and campaigned in vintage events. During the track events, a later 250-series engine was installed in an effort to preserve the original unit.Since then, the car's original, matching-numbers engine has been re-installed. It is currently finished in its LeMans livery. It has a ribbed alloy gearbox, 120-liter aluminum fuel tank, and a full competition-spec engine.
By Daniel Vaughan | Mar 2019 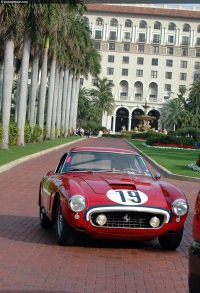 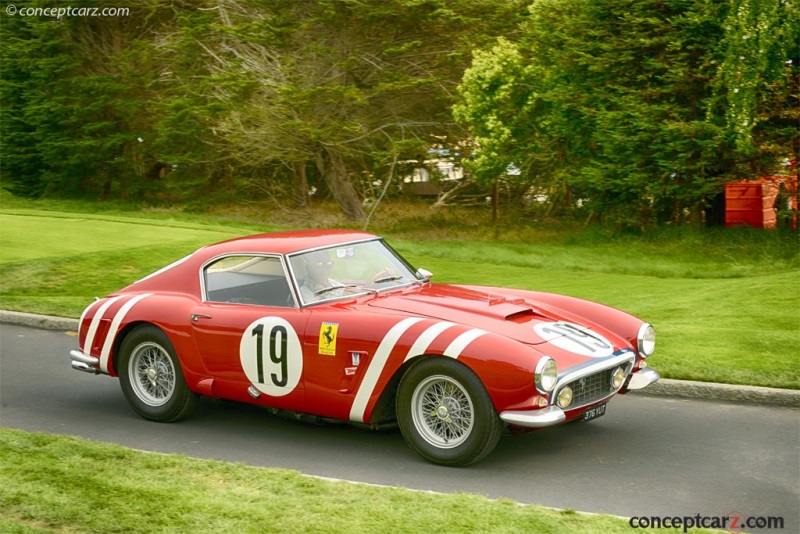 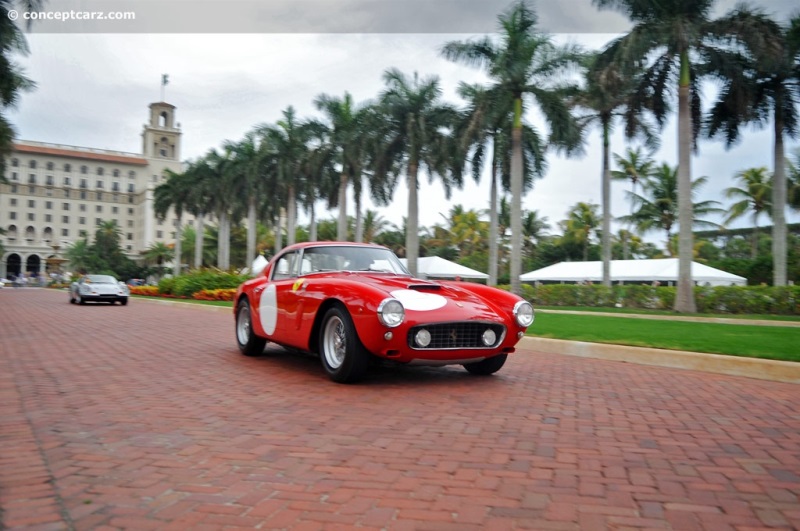 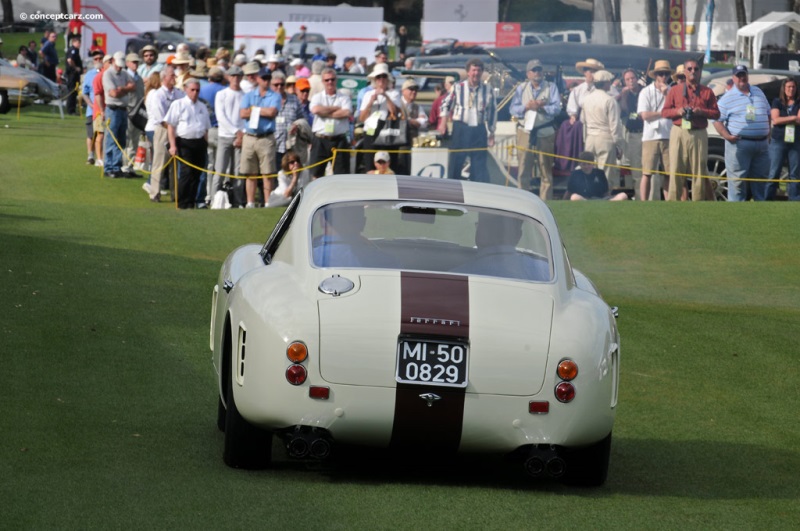 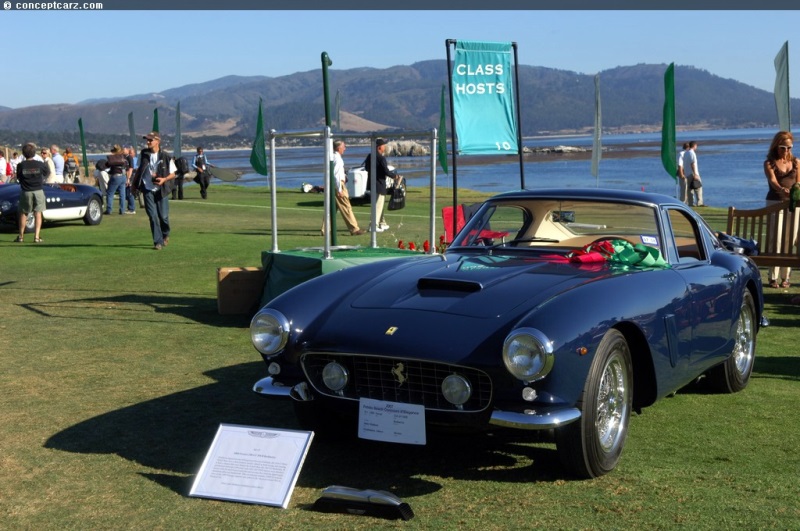 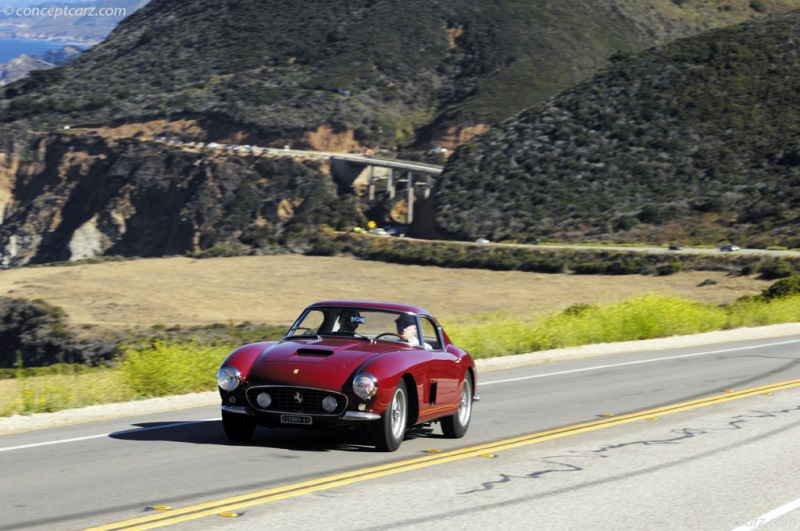 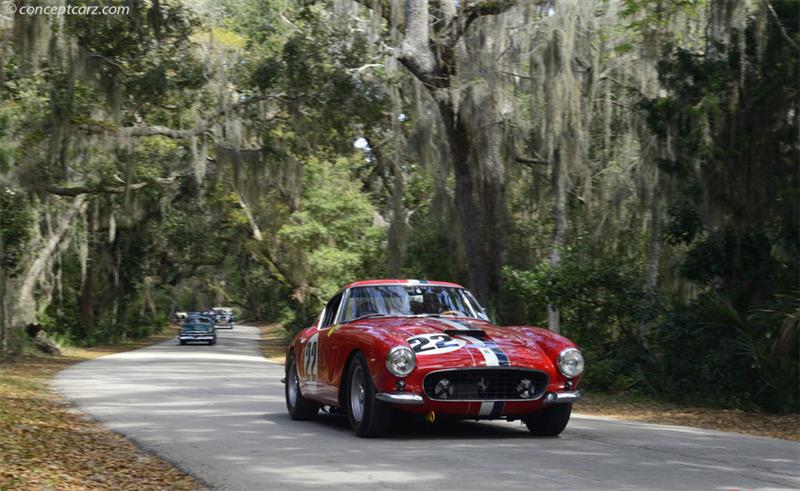 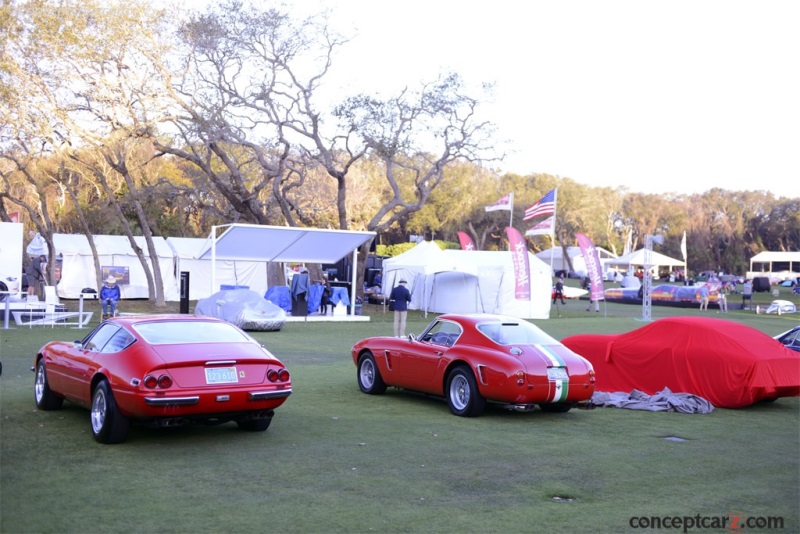 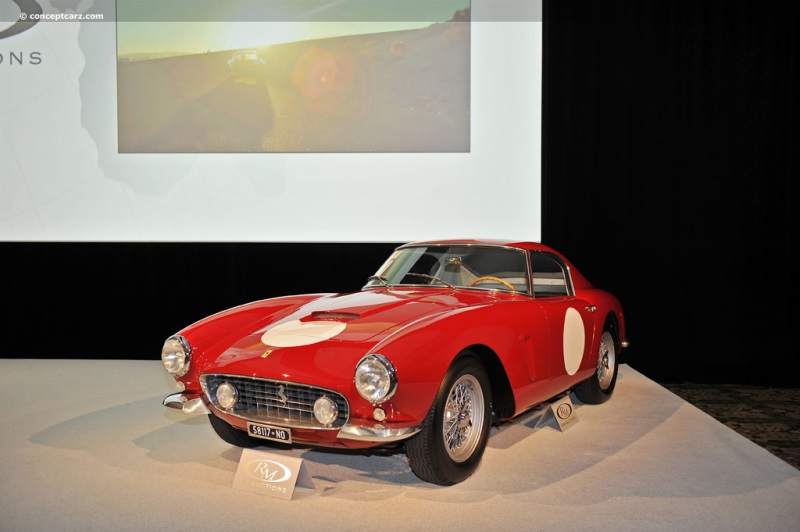 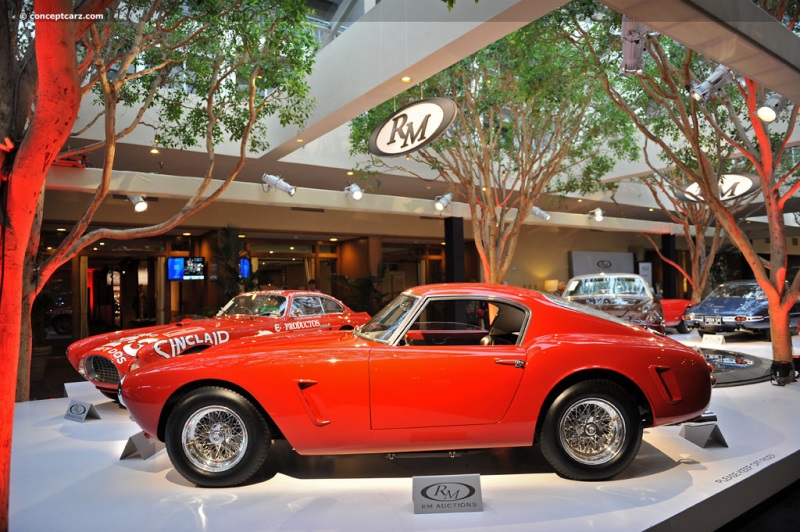 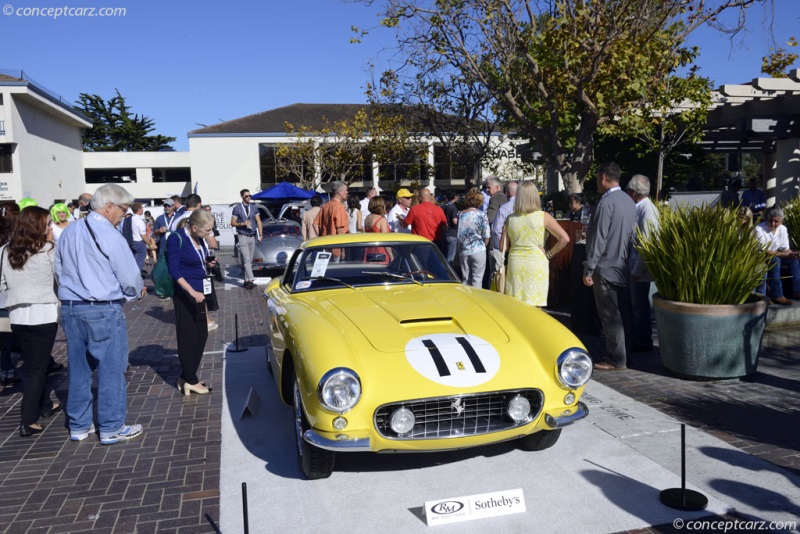 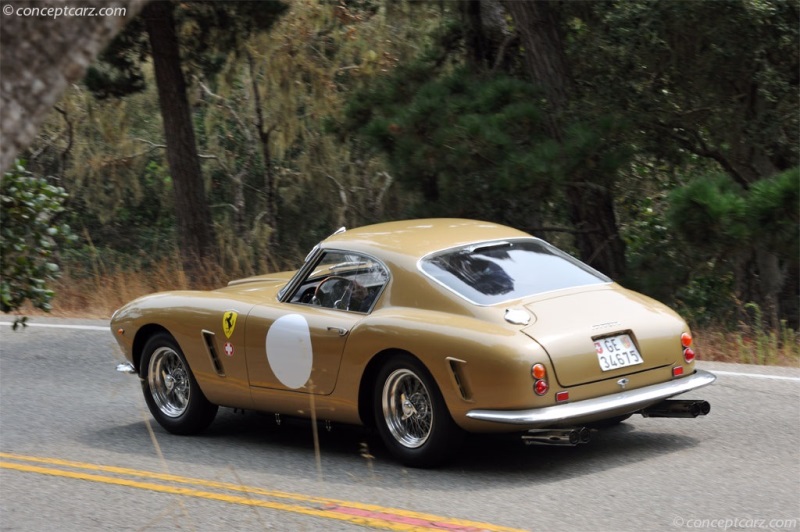 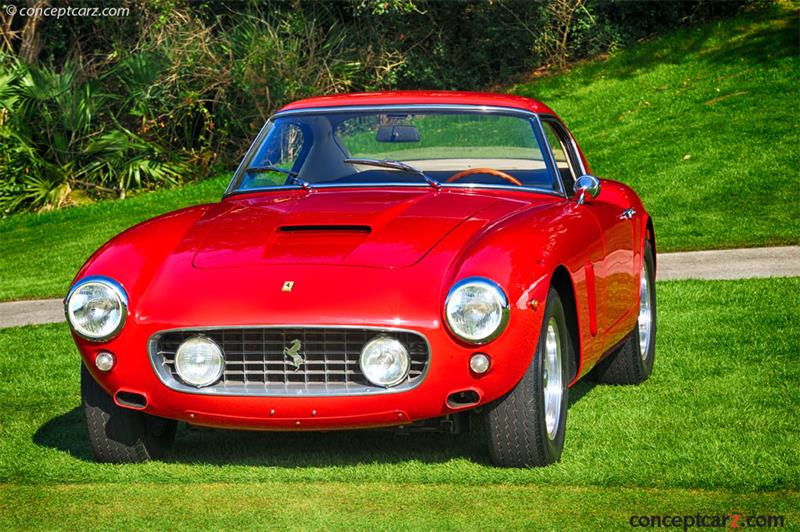 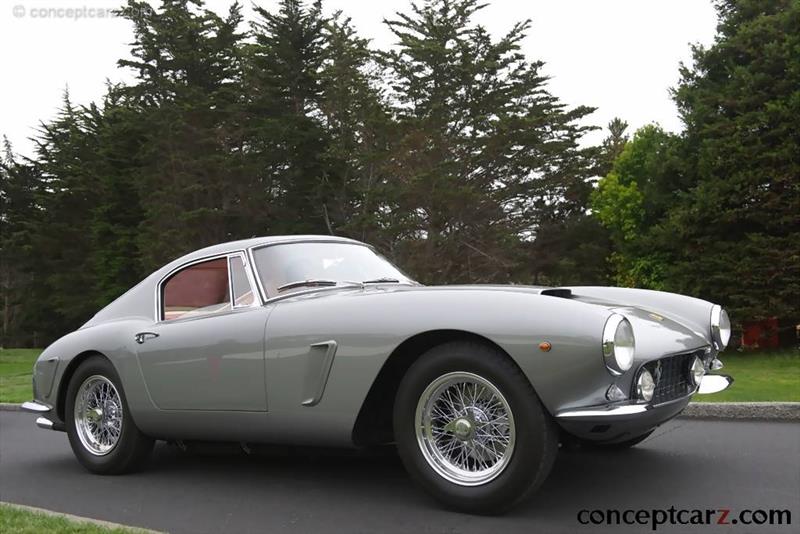