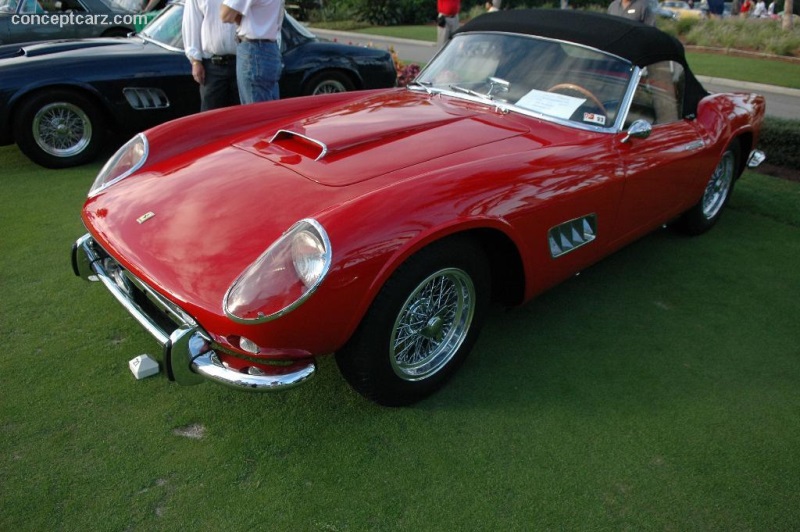 Towards the end of 1957, just as production of the 250 GT Cabriolet Series I was getting underway, another open-250 variant was being prepared with the intent of being aimed squarely at the all-important American market. Both Luigi Chinetti and Johnny von Neumann impressed upon Ferrari the need for a more focused, high-performance, dual-purpose car, similar to the Tour de France (TdF) and the forthcoming Short Wheelbase Berlinetta (SWB). The resulting car would possess a much more purposeful, aggressive presence – an unapologetic showcase of Ferrari's engineering prowess. 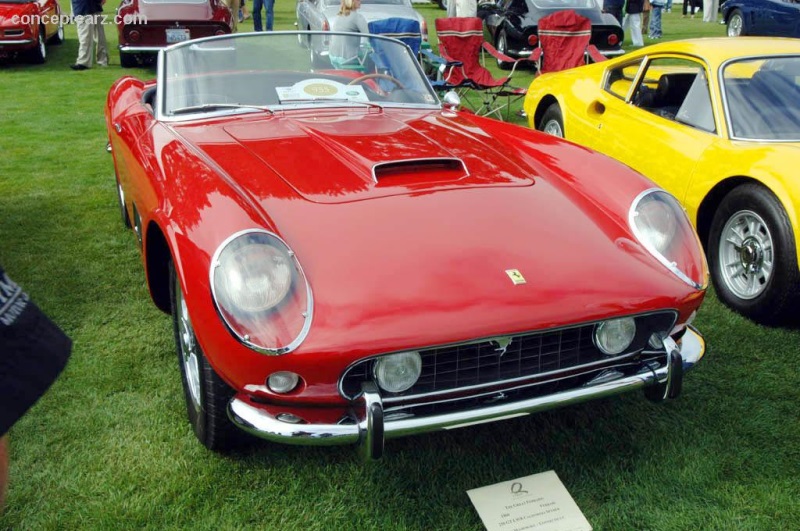 Even among this rarified group there is a continued, although rather one-sided debate as to which of the California Spider styles is most desirable. For example, while there is no performance gained from the use of covered headlights, a discriminating eye will immediately take note of the more attractive head-on appearance as well as the more cohesive design, with the beautifully styled headlamp covers contributing to the car's more elegant, flowing lines. In terms of outright performance, there is no mistaking that the SWB car has made a tremendous leap from the initial California Spider. Compare the dynamic qualities and specifications of a TdF and a SWB Berlinetta, and it is easy to understand why the SWB Spider is so sought after. 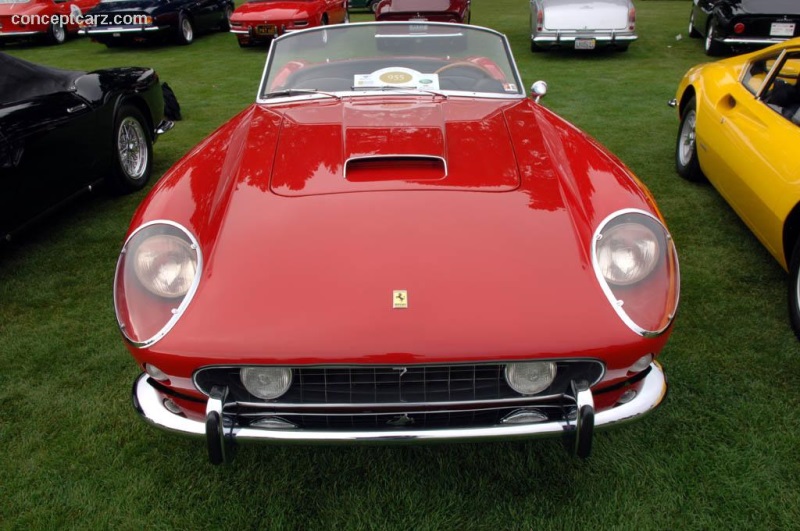 The mystique of these cars is as strong as ever, and the SWB California Spider stands atop as the ultimate evolution of these legendary Ferraris. The California Spider has it all: performance, style, exclusivity, rarity and significance. In 1960, if you were an enthusiast of exceptional means and were to choose one car to own, there is no question that a covered headlight, SWB California Spider would be the only acceptable choice. 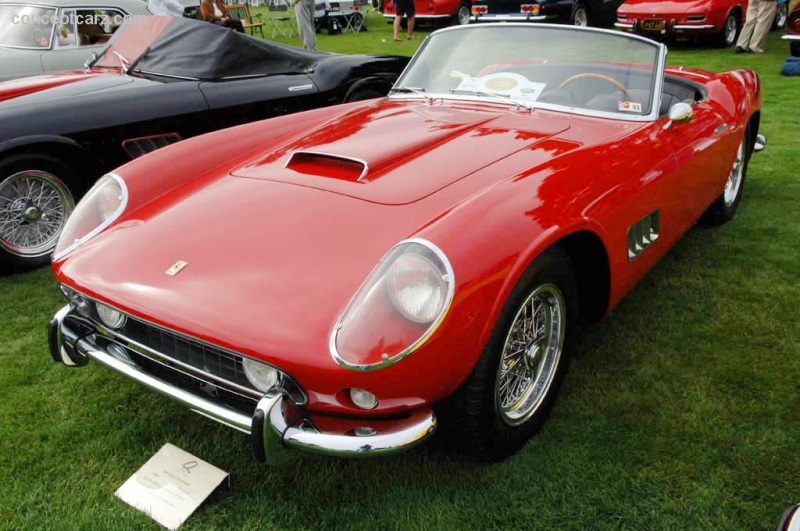 Finished at the factory in January 1960, 1963GT was the fifth of a total of 54 SWB cars ever produced, and one of a select few to receive the desirable covered-headlight treatment from the factory. Úpon leaving the factory, the car was also fitted with an optional hardtop. These were not merely off-the-shelf items, rather they were custom-ordered accessories specially designed to be integrated with the nearly flawless lines of the car. Úpon completion, the car was delivered to the Ferrari importer Auto-Becker in Düsseldorf, Germany.

Beyond this ideal specification, 1963GT was originally finished in white with black interior and a black hardtop – a sophisticated, tasteful and rarely seen color scheme. It is a rare instance when a white car can attract much more attention than a red car; however if there were a car that could do this, it would be a SWB California Spider with a factory hardtop.

Within two years of its initial delivery, the car was exported from Germany and sold to its next owner in Lugano, Switzerland. This proved to be a brief sojourn, as in April 1964 the car had returned to Italy to be serviced by the factory's Assistenza Clienti in Modena. At the time, the car showed 27,290 kilometers and was registered on Swiss license plates TI 11078 of the canton Ticino.

Two months later, Bob Jeffries of Joplin, Missouri, advertised the car for sale in Road & Track for the asking price of $10,500. After leaving Mr. Jeffries, the car remained in the Midwest for some time and six years later it was in the hands of Don Devin, a resident of St. Louis. A few years later, in 1974, Jim Southard of Classic Car Investments, in Smyrna, Georgia, was the proud owner of this California Spider.

In March 1976, 1963GT was advertised for sale by Mr. Southard in Autoweek. A copy of the advertisement is still with the car. 1963GT is described as being in beautiful condition and shown with its original hardtop, Borrani wire wheels and Talbot mirrors on both fenders, with a firm asking price of $16,750.

Ron VanKregten purchased 1963GT on August 3, 1976. The bill of sale still exists showing the local Ferrari dealer, Ferrari of Los Gatos, as the seller. It is possible that the dealership acted as a broker or that they had simply purchased the car from Mr. Southard. 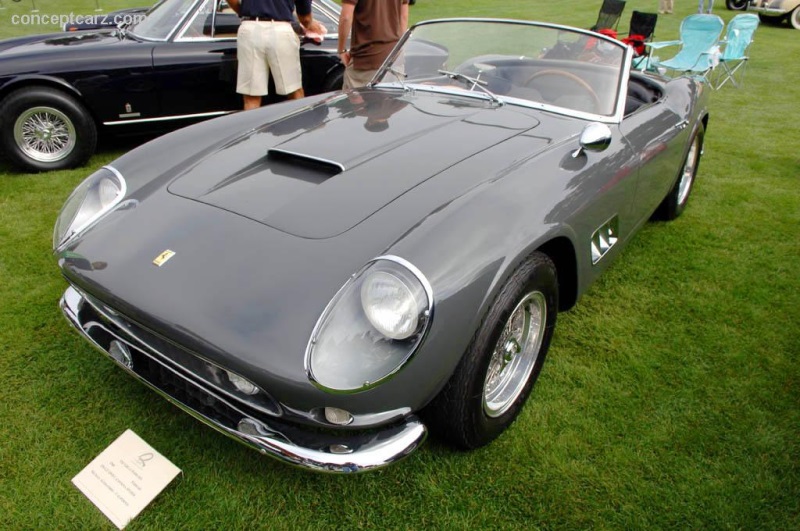 Today, this California Spider looks remarkably similar to its 1976 advertisement. Although it had been repainted red some 35 years ago, the leather seats, carpeting and dash all appear to be as delivered by the factory in 1960. Even the original window felt is present in the doors. While showing a healthy age, the interior is complete and is actually quite presentable, a sure sign that this California Spider has lead an unusually charmed existence for a nearly 50-year-old sports car.

A glimpse into the engine bay reveals the original straight-row radiator, Marelli coils and generator and exhaust heat shields. Most importantly, 1963GT still retains its original engine and drivetrain. In the lower reaches of the engine bay, a few Cheney clamps can be seen, a sign that there has never been any drastic work done to the engine. One of the strongest testaments to the original, unspoiled condition of this car is that the entire radiator blind system is completely intact – surprising given the long time the car has spent in warm climates. Another great testament to the preservation of 1963GT is that the magnificent V-12 can even be turned over with its original ignition key. The history and authenticity of 1963GT have been documented by renowned Ferrari historian Marcel Massini and the report accompanies the car.

A California Spider is one of the few open cars to look as sporting with its top raised as it does when stowed. The top is complete and can be attached to the body with proper Tenax fasteners. The factory-delivered hardtop still fits snuggly and its unique design is a perfect complement to the crisp lines of the car. Over the years, it too has been painted red; however, it has been well preserved and still retains the vast majority of its original components and fittings.

The 1963GT retains its Marchal headlamps, fog lights and horn and it sports dual Talbot mirrors, proper Borrani wire wheels and a California blue plate, last registered in 1977. An examination of the rear compartment reveals correct carpeting in the trunk, a jack and holding the spare is an original tire strap. There is, however, a small area of rust behind the right rear passenger wheel that could be easily addressed in a forthcoming restoration.

Of all the cars Ron VanKregten added to his collection, this one clearly stands out above the rest. Every great collection has a centerpiece, and this collection has one of the finest imaginable. A covered-headlight SWB California Spider is one of the automotive greats, a car that has a timeless and universal appeal – everyone from the casual passerby to the die-hard automotive enthusiast cannot help but cast their eyes in the direction of such a masterpiece.

While much has been made about the California Spider recently, it would take a collector with impressive foresight, a discerning eye and an in-depth knowledge of automotive history to choose such a car more then 30 years ago. Ron VanKregten purchased one of the most original, unhurt examples of these prestigious cars and for the past three decades it has resided in his garage, kept out of public sight, waiting to be rediscovered. Today, this Ferrari, the ultimate barn find, is ready to find its next owner. This is an extremely exciting opportunity not to be missed, as it represents the chance to acquire one of the last unrestored California Spiders in existence. All reports and inspections suggest that 1963GT has never been subjected to abuse, an engine swap or an accident, and above all, it is offered with its factory-delivered interior and hardtop. This car is the ideal restoration candidate. For a fraction of its value, this car can be perfectly restored to its original white over black livery and, when completed, it would be difficult to imagine a more sensational show car. It seems as though this California Spider will have a much more public future in the coming years.Source - Gooding & Company

1960 Ferrari 250 GT California's that have appeared at auction but did not sell. 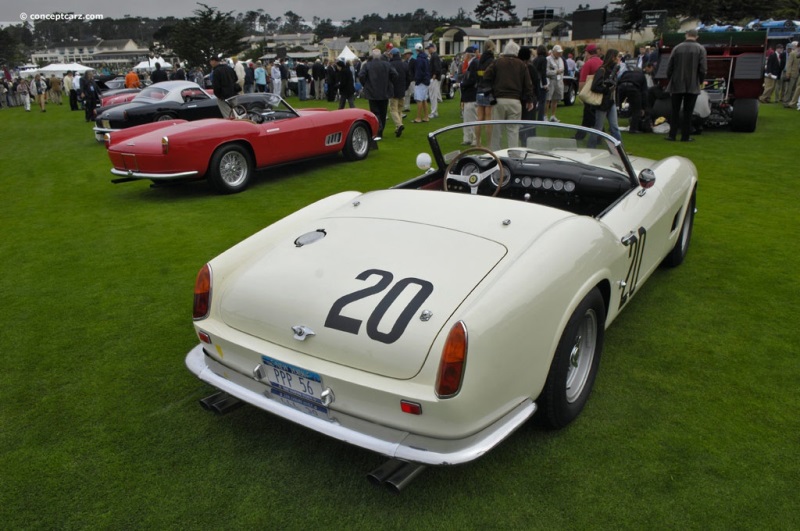 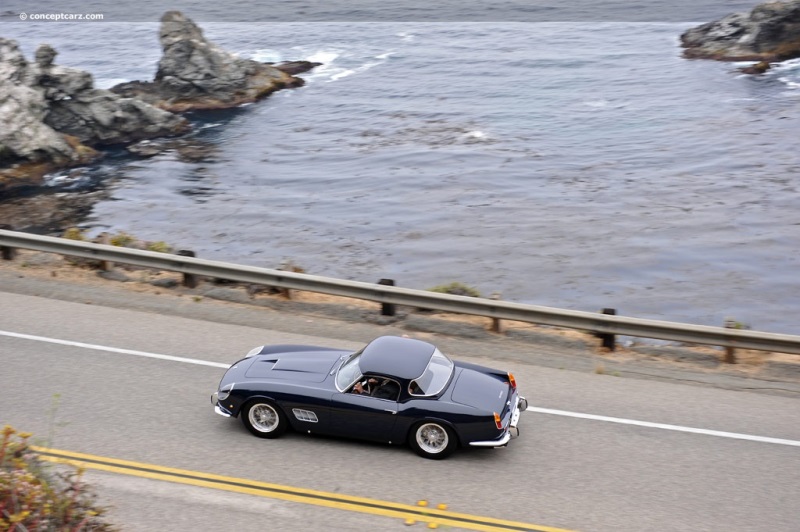 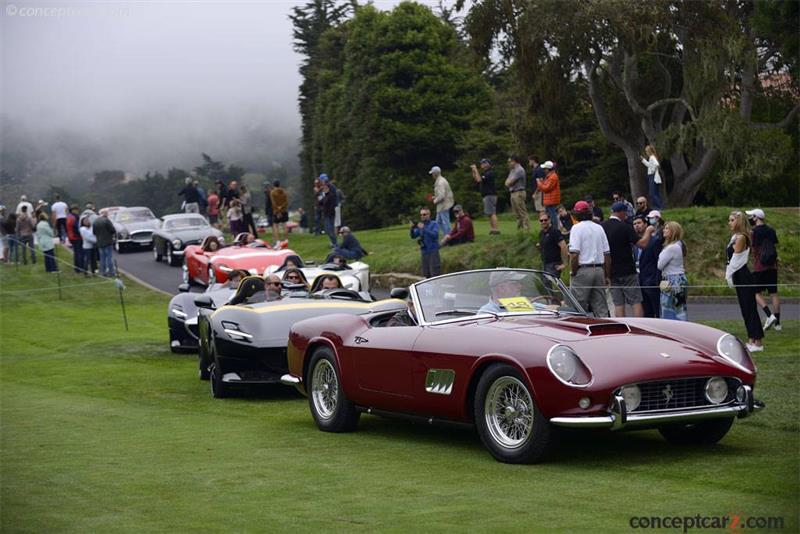 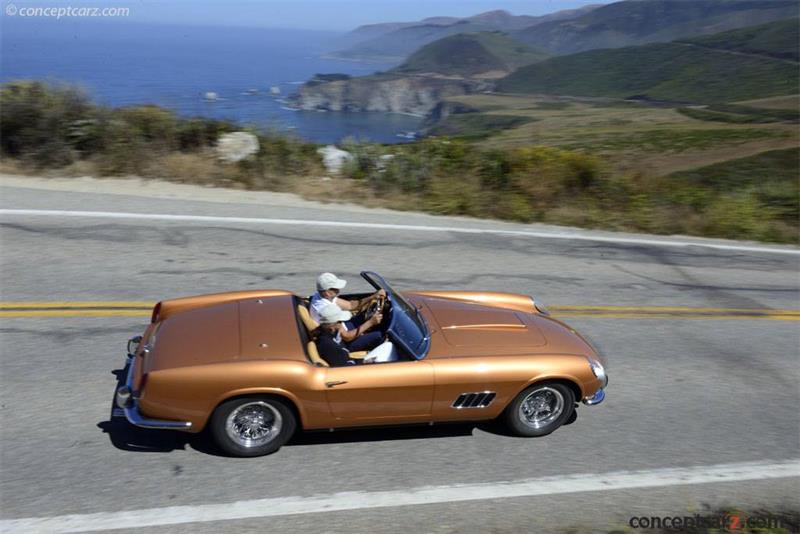