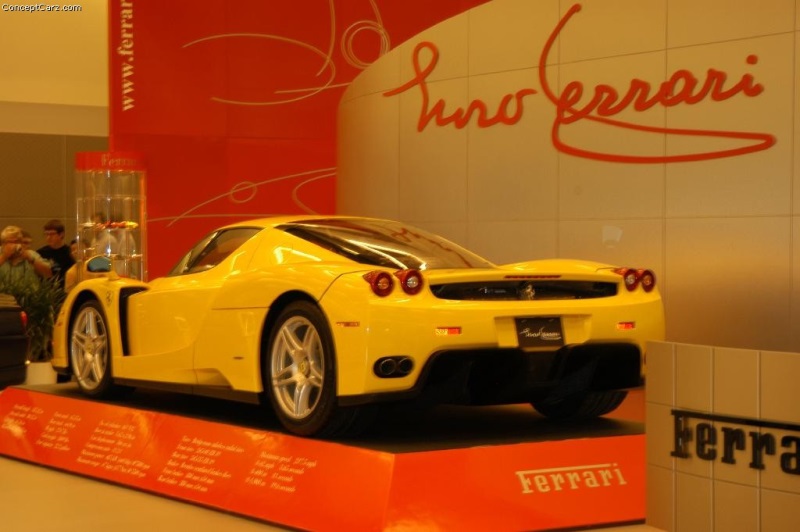 In 1998, only a few years after the introduction of the groundbreaking F50, Ferrari began planning their newest limited-production supercar. The criteria for this car was similar to those that spawned the previous Ferrari supercars: the new car would need to push the envelope of technological innovation, it must be impressive both in its design and performance and it must bear a kinship to Ferrari's Formula One racing program. When the Enzo was announced in 2002, it received the undivided attention of the motoring world. For a modern, production Ferrari to carry the name of the company's founder, it would need to be a very special car indeed. The Enzo was so special in fact, that it prompted the famed designer Sergio Pininfarina to state that the car was the third quantum leap in the history of Ferrari design – the first two being the 250 SWB and the Dino. The great Enzo Ferrari felt that design of his road-going cars should stem from the successful racers. The Enzo is an outstanding expression of a modern dual-purpose sports car and the epitome of that philosophy. In the five years since its introduction, the Enzo has more than lived up to its esteemed name. 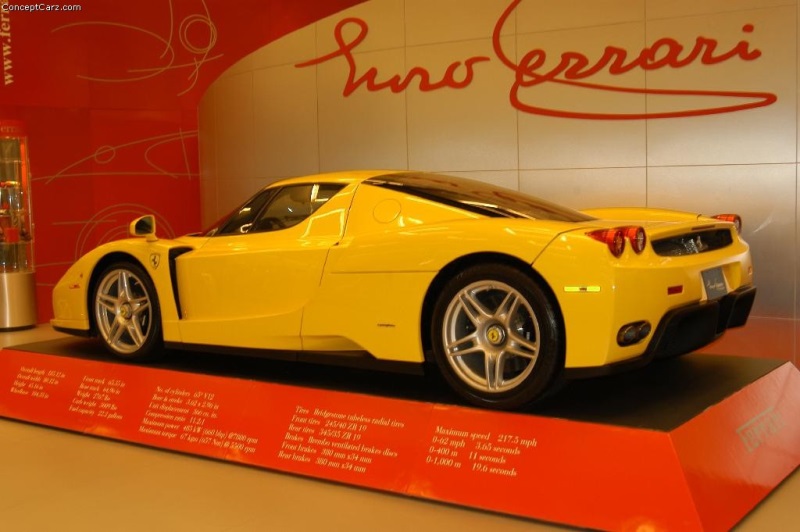 This Car
Amazingly, in the five years since this Ferrari Enzo left the factory, it has been driven sparingly, accumulating 429 miles at the time of cataloguing, making this a unique and very exciting opportunity to acquire one of the few Enzos that have been spared heavy use since they first arrived in private hands. In 2005, this car was added to one of the country's finest car collections where it has been preserved in nearly showroom-fresh condition. Since that time, although little mechanical work has been done, the clutch was replaced in fall 2006. Whilst we always recommend servicing prior to use, unlike many of these supercars, this Enzo has not suffered from hard driving and is, for all intents and purposes, a new car that is simply awaiting an enthusiastic new owner. 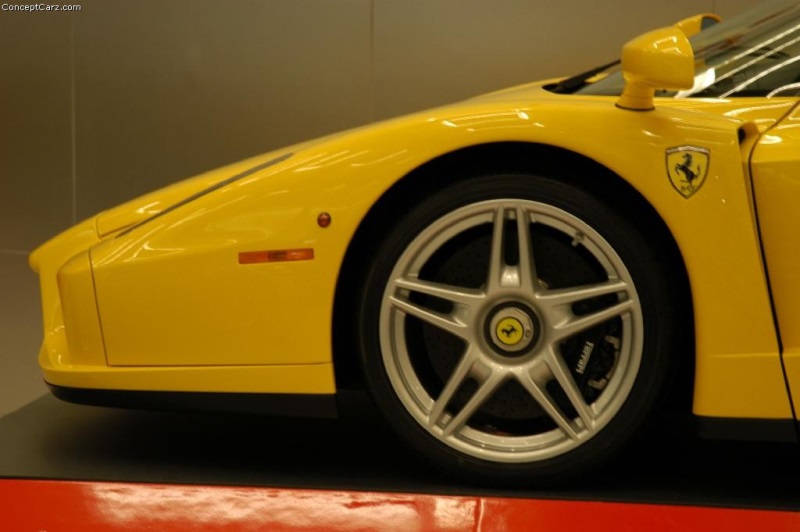 Finished in the classic Ferrari Red with a red and black two-tone interior, this is exactly the car one imagines when the word supercar is uttered, and it has continued to cause a stir wherever it has appeared. The inordinate amount of detail in the engine bay and interior is more than enough to keep any die-hard enthusiast enthralled, even when it is stationary. 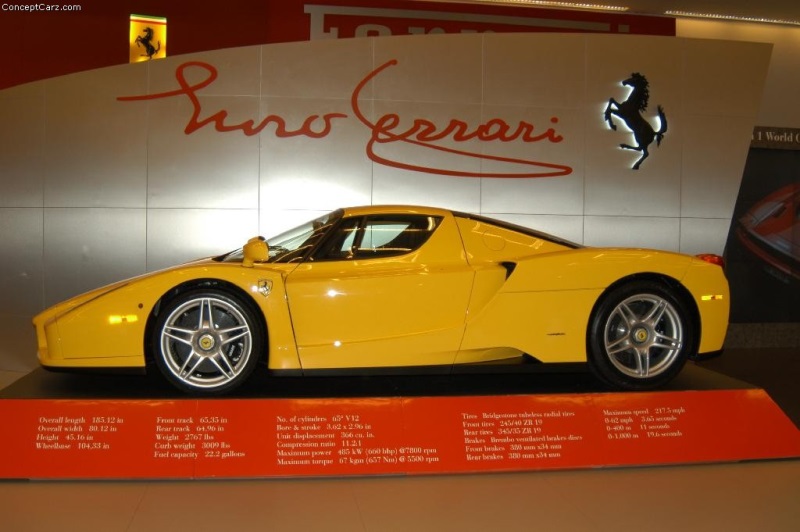 As would be expected of such a low-mileage example, this Enzo retains all of its factory-delivered books, tools and accessories. Although the car itself is astonishing, the attention and care applied to even the smallest details and accompaniments is a reminder of why Ferraris have developed a matchless reputation for exclusivity and prestige. Any collector who appreciates high-performance cars will be impressed by this Enzo. It is truly a Formula One car for the road, built and tested during Ferrari's unparalleled streak of driver's and manufacturer's championships. Only 400 of these landmark cars were ever constructed. With the recent interest in Ferrari's past supercars such as the 288 GTO, F40 and F50, the opportunity to acquire and preserve such a low-mileage example is very enticing.Source - Gooding & Company

2003 Ferrari Enzo's that have appeared at auction but did not sell.