High bid of $3,900,000 at 2008 Sports & Classics of Monterey by RM Auctions. (did not sell)
Sold for $3,118,569 (€2,310,000) at 2009 Ferrari – Leggenda e Passione.
Sold for $8,087,520 (£4,872,000) at 2014 RM Auctions - London.
Scuderia Ferrari was created in 1929, although Enzo Ferrari was initially going to call the company Mutina from the Latin name for Modena. The goal was to organize gentlemen drivers into a team to better compete in motor races. Enzo was the racing team coordinator for Alfa Romeo at the time, managing the development of the factory Alfas. Enzo Ferrari had little time to spare as a racing driver but continued to race until the birth of his son, Alfredo in 1932.At the end of 1939, Enzo left Alfa Romeo after a difference o opinion with one of Alfa's directors. He was still under contract to Alfa Romeo, even though he opened a factory in Modena, and was unable to build cars or go racing under his own name for four years. With the help of a few individuals who had followed him away from Alfa, he built two eight-cylinder sports cars under the name Auto Avio Construzione 815s. They were entered in the 1940 edition of the Mille Miglia. Both cars led their class before they were forced to retire.
During the Second World War, Enzo looked to the future as his ambitions were temporarily put on hold. In 1946, after the War, the first rear Ferrari was built, the Ferrari 125. This vehicle, and the many that were to follow, would compete on the worlds greatest stages and, in many cases, emerge victorious. The cars, both on track and road, would become famous and highly sought after by motoring enthusiasts.
One of the most grueling of all races was the Tour de France, which took fiver or six days to complete and covered over three thousand miles around France, sometimes venturing into Italy, Belgium or Germany. There were two hill climbs, a sprint, and up to six circuit races.The special version of the Ferrari 250 GT was dubbed the 250 GT Tour De France (TdF) in honor of the victories the cars achieved in the Tour de France race. The cars won three consecutive years, as well as a number of victories in various other competition, making it one of the most successful racing cars in history.This 1956 Ferrari 250 GT Tour de France Berlinetta is chassis number 0563GT with coachwork by Scaglietti. When new, it was sold by Ferrari SpA to Racing Sport S.R.l of Torino, Italy on September 10th of 1956. The car was then leased to Nice resident, Jacques Peron. It was entered by Peron, with co-driver Jacques Bertrammier, in the 1956 Tour de France race where it emerged in 8th place overall. A few months later, at the Coupe du Salon at Montlhery, Peron finished in second place. In 1957 Peron won the Rallye des Forets in March and the USA Cup at Montlery. This was followed by a second in class in the Rallye du Printemps. In June, the car earned a class win in the Grand Prix of Paris at Montlery and a victory in the Rallye Allier in Algier. It ran at the Reims 12 Hours race but it failed to finish. Its next race, the Razel race, it took first in class. In September, the car returned to the Tour de France with co-driver Burggraf. It would finish the race in a very impressive fifth overall position. After the Tour de France, the car was entered in two more events to end out the year. Peron raced it at the Coupe du Salon at Montlery and the Armagnac Rallye in which he finished third.For 1958, the car had a lighter schedule with the highlight being a seventh in the Pau 3 Hours and a class win the Planfoy hillclimb. Near the close of the season, the car was returned by Racing Sport and Peron to Ferrari in Modena.
The car was sold in Nocember of 1959 to Bruce Kessler and exported to the U.S.A. It was sold again in 1960 to Ron Wakeman from California and in 1973 became the property of Larry Taylor. It was purchased by Richard Gent Jr. in 1983 who had it restored by Joe Piscazzi's Auto Body and Tom Selby.
The car was on display at the 25th Annual Ferrari Club of America International Concours at Stouffer's Pine Isle Resort at Lake Lanier Island, where it placed second. The car was given another restoration in the 1990s by Bob Smith Coachworks. Years later, in 2001, it was shown at the 10th Annual Palm Beach Cavallino Classic at The Breakers in Palm Beach, Florida. In May, it earned the Forza Award at the 37th Annual Ferrari Club of America National meeting and Concours at Dallas. It was shown at the 53rd Pebble Beach Concours d'Elegance where it finished second in class for Ferrari competition cars.In 2008, the car was offered for sale at the 'Sports & Classics of Monterey' presented by RM Auctions. It was one of the highlights of the event and bidding reached $3,900,000, but this was not enough to satisfy its reserve. The lot was left unsold.
By Daniel Vaughan | Jan 2009 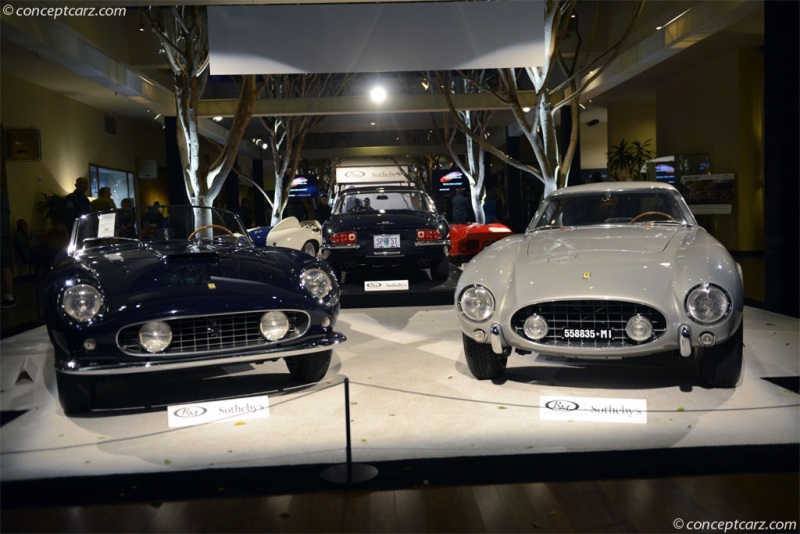 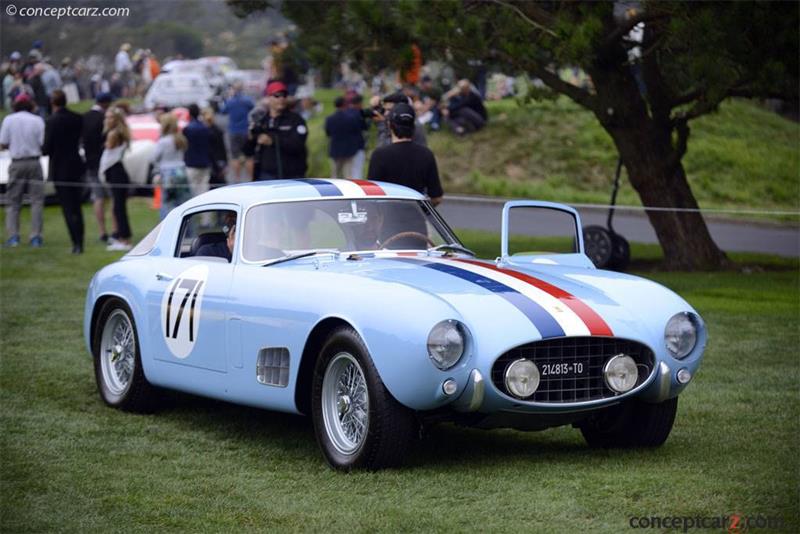 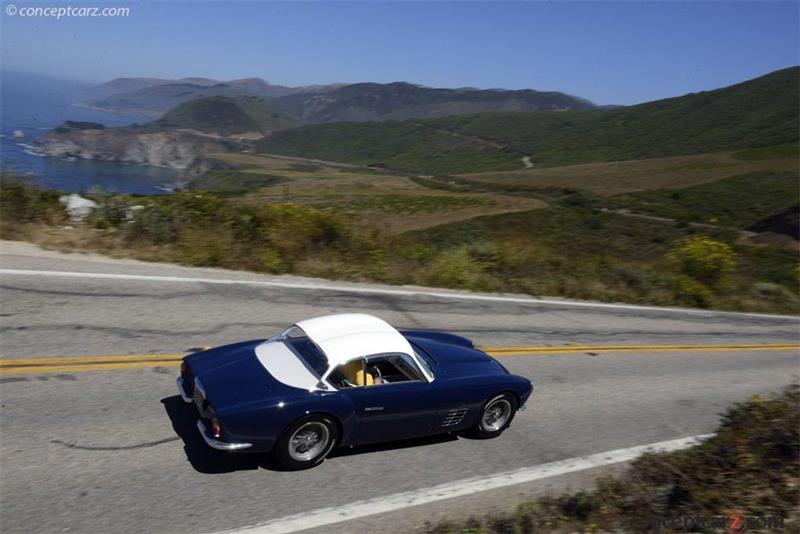 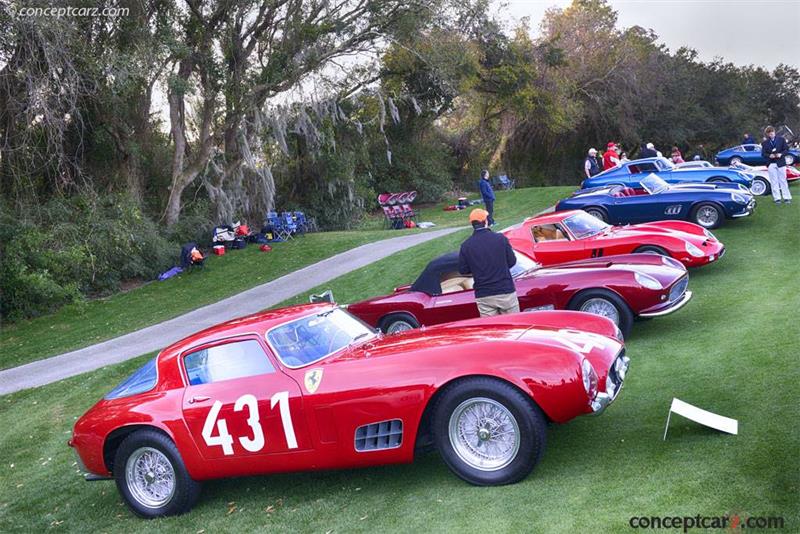 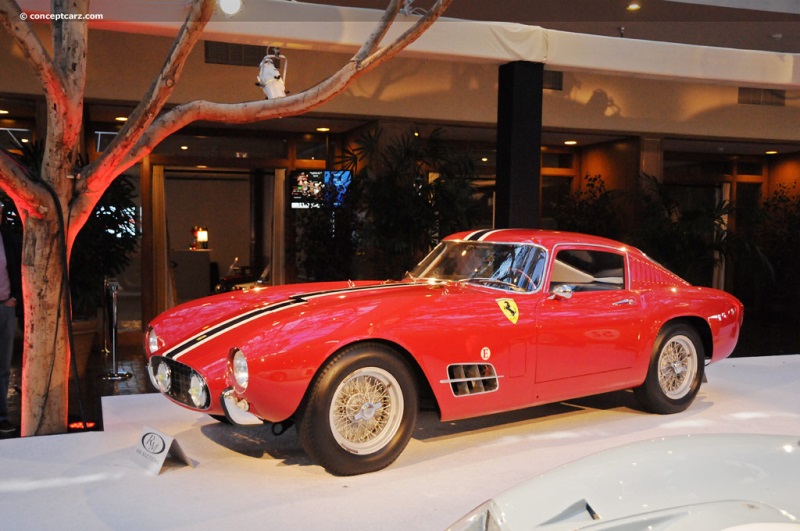 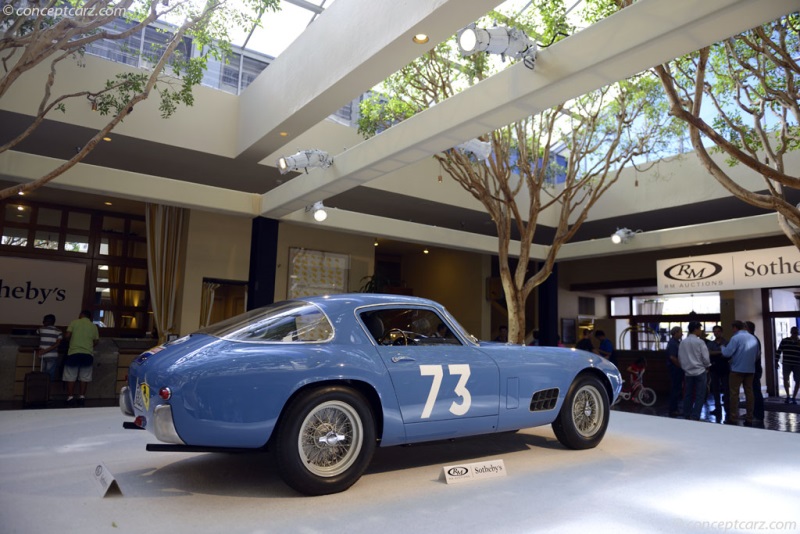