High bid of $104,500 at 2009 Worldwide Auctioneers : The Houston Classic Auction. (did not sell)
Sold for $151,200 at 2019 RM Sothebys : Scottsdale Arizona.
The Rolls-Royce Phantom was basically a complete redesign of the 40/50 model, which it replaced. The 'New' Phantom, as it was known, incorporated many technical improvements that helped restore Rolls-Royce's reputation for using cutting-edge technology with the finest hand-built craftsmanship available. Perhaps one of the biggest improvements was the new pushrod, overhead valve, straight six engine, and displacing 7668cc. The design was selected for its smooth operated and inherently balanced layout. It was constructed as two groups of three cylinders topped by a single cylinder head. It was given dual ignition with a coil and magneto, and mated to a four-speed manual transmission with a single dry plate clutch. The Phantom II model, introduced in 1929, brought with it several significant changes, adding to the host of improvements incorporated into the Phantom I (as it was now called after the introduction of the Phantom II). The Phantom II would be the last of the six-cylinder cars whose development from initial draft to completion had been supervised by F. Henry Royce. The Phantom II added four-wheel servo-assisted brakes, a redesigned suspension using semi-elliptical springs supporting the front end and new under slung rear suspension. The stately bodies that rode on this thoroughly modern chassis were able to be positioned lower in the chassis, offering better stability at speed. From 1929 through 1936, there were 1,680 Phantom II's constructed, of which 278 were fitted with the sportier Continental chassis. All of the Phantom II models were constructed at the Derby factory in England, which Royce himself personally designed.
When a body design was commissioned, a 'bare' chassis, complete with running gear, was shipped from the Rolls-Royce factory to the designated coachbuilder. It was then fitted to a handmade, wood framed body built to the customer's specifications. This meant each car was unique with no two cars exactly alike.
This Rolls-Royce Phantom II has Sedanca de Ville coachwork handcrafted by Windovers of London. It was designed as a chauffeur driven Town Car with a disappearing top. It has unusual 'cycle' fenders with a single side mount. This Phantom II was delivered on March 31st of 1930 to Lillie Hall, the Rolls-Royce showroom in Fulham, London, on behalf of Mr. Edward Hann. It has a long-type chassis, wire wheels, and a nickel finish for its fittings. The chassis measures 150-inches and the engine is a Pushrod-OHV 7.7-liter six-cylinder engine. The car spent most of its earlier life in England. In the early 1970s, the car came to the attention of English broker and dealer Leonard Potter. The car was in various stages of restoration when Mr. Potter heard of the car. The car was mentioned to an American collector named James C. Leake, who then purchased the car for his collection. On January 8th of 1975, Mr. Leonard Potter, acting as his agent, purchased the car for Mr. Leake through J.R. Vernon at Coys Vintage Cars, restorers of Fine Motor Cars.Leake instructed Potter to commission a full restoration. Five different specialty venders were contracted to complete the various stages of the restoration. Much of the work was completed by the same craftsman that had originally worked at the Derby factory and various coachworks in earlier times. It was then painted in the period correct color scheme of dark blue over ice blue. The interior features hand-sewn fine needle-point tapestry from Lisbon, Portugal. The cabinetry and trimming are all imported mahogany. The goblet and glasses are vintage Harrod's. The restoration took over six years to completion with no regard for cost. The car is period correct except for the turn signal indicators which were added for extra safety. The car arrived from U.S. Customs on May 16th of 1982 and was placed in Mr. Leake's museum, Antiques, Inc. in Muskogee, Oklahoma, along with the rest of his collection of pre-war Rolls-Royces. In June of 19986, Mr. Mac McGlumphy purchased the car in Tulsa where it resided for the nearly two decades, until his death in 2003. It was purchased by the current owner at that time.In 2009, this Sedanca De Ville was offered for sale at the Houston Classic Auction in Seabrook, Texas, presented by Worldwide Auctioneers. The lot was estimated to sell for $135,000 - $165,000. It was sold for the sum of $95,000, not including buyer's premium.
By Daniel Vaughan | May 2009

1930 Rolls-Royce Phantom II's that have appeared at auction but did not sell. 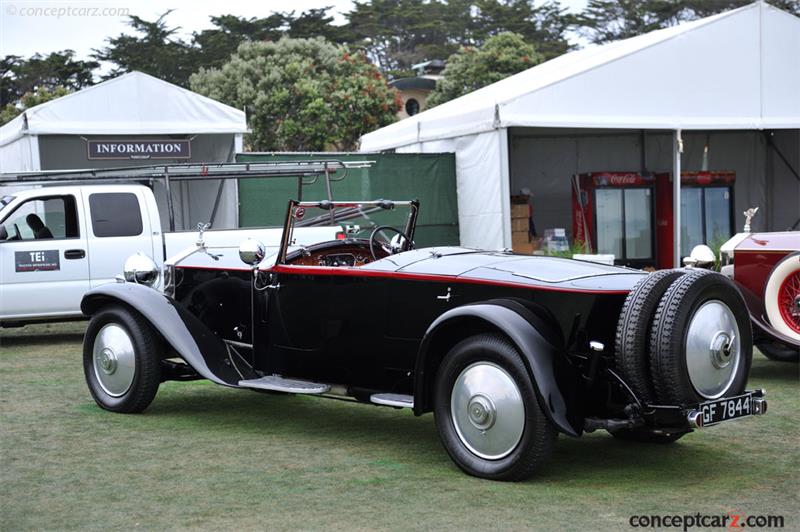 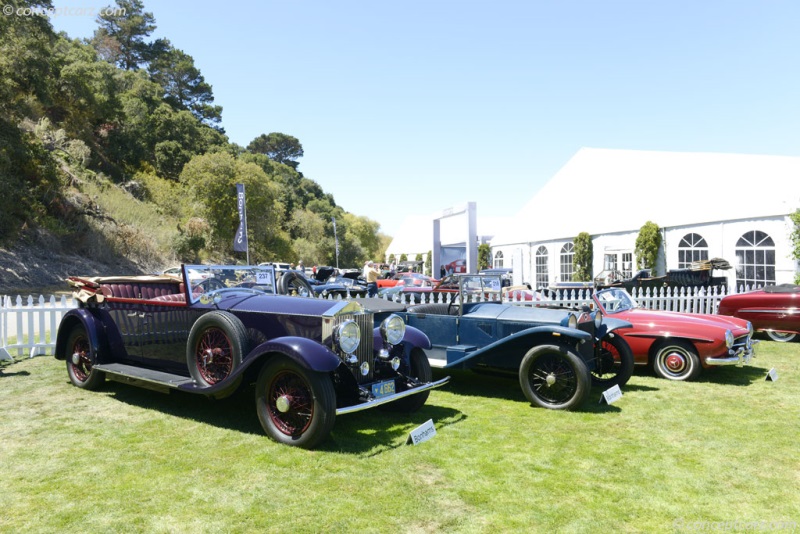 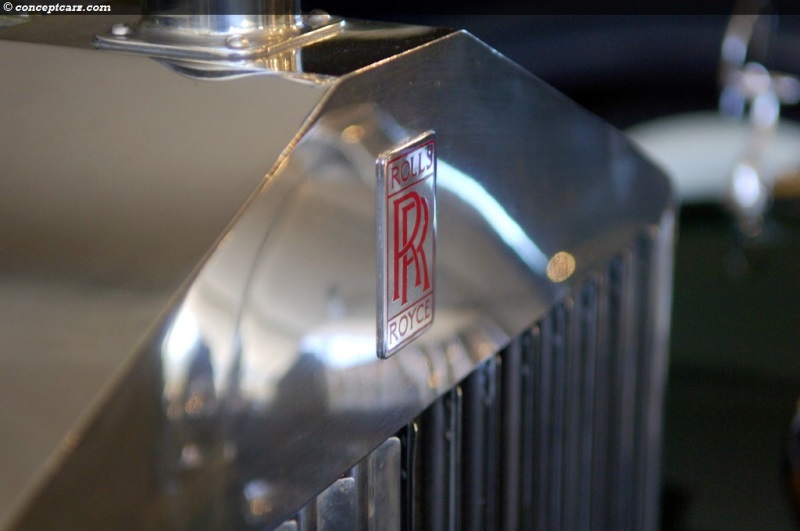 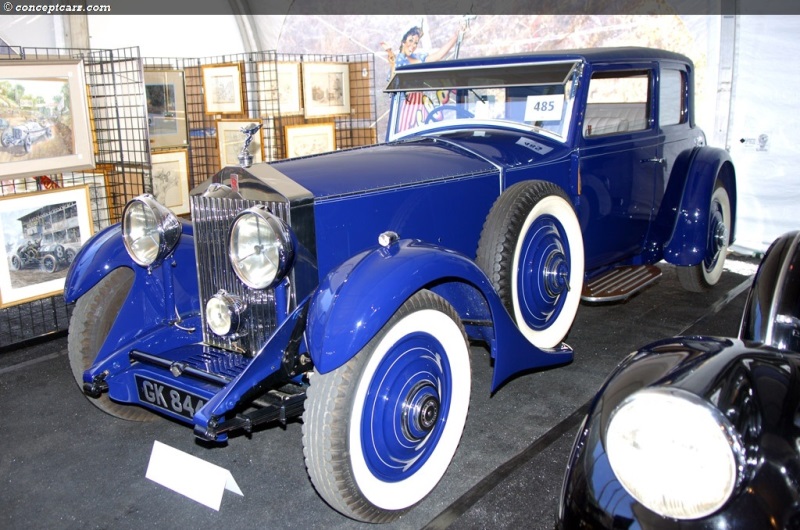 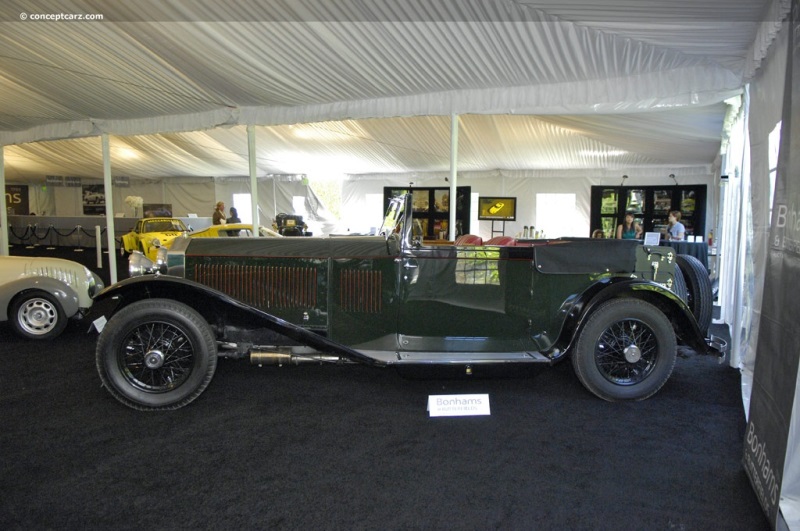 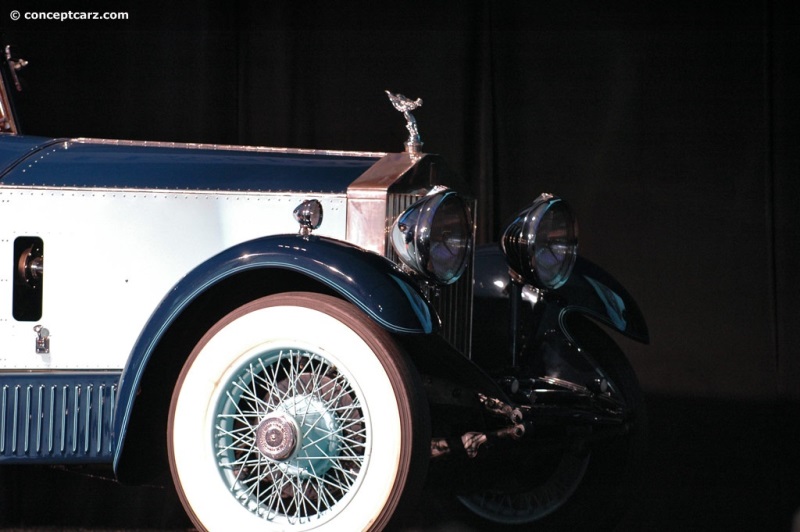 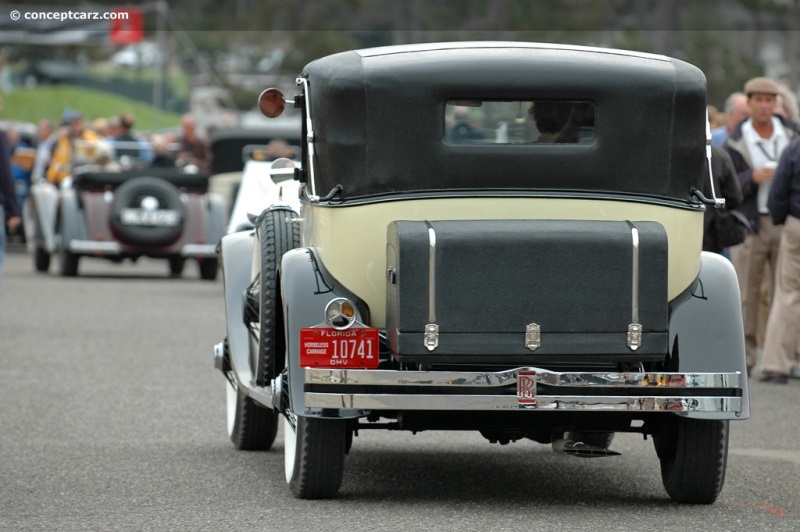 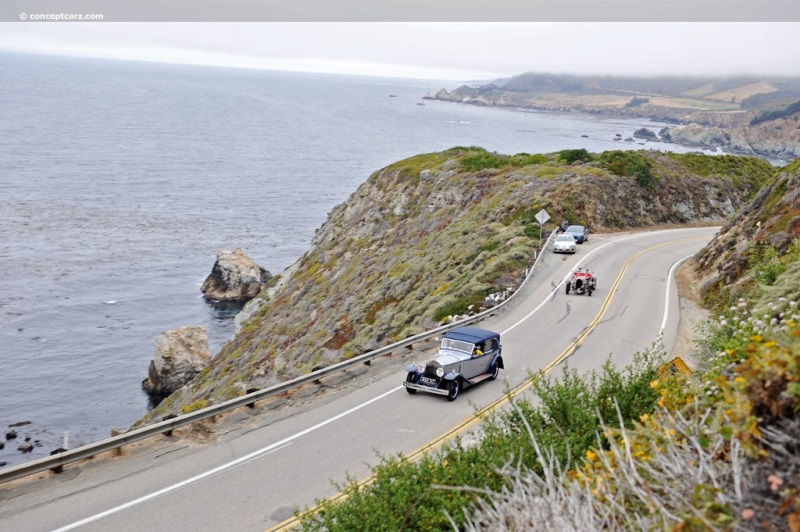 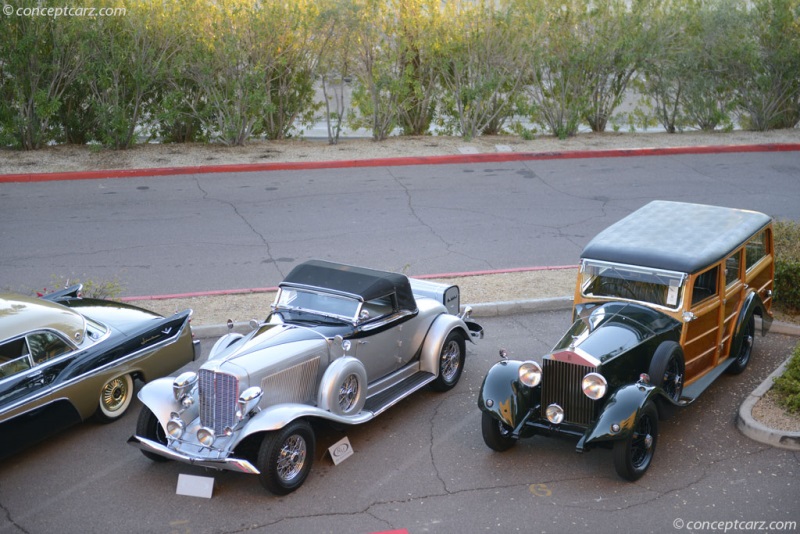 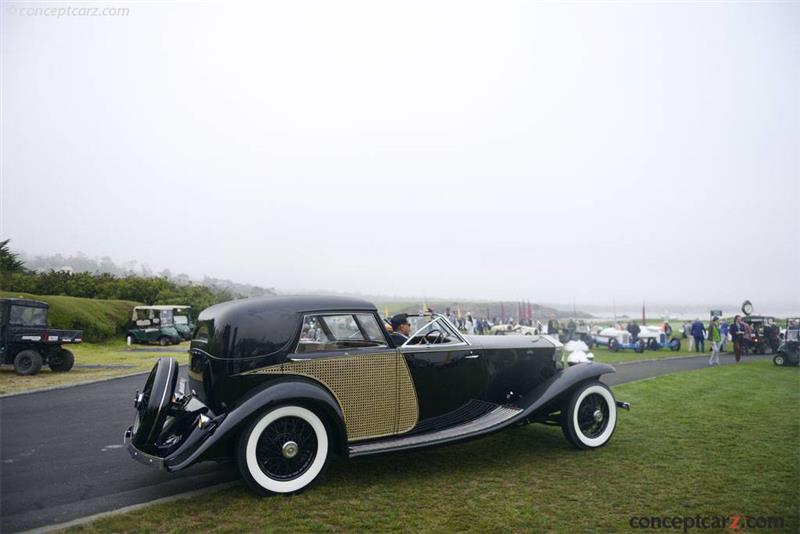 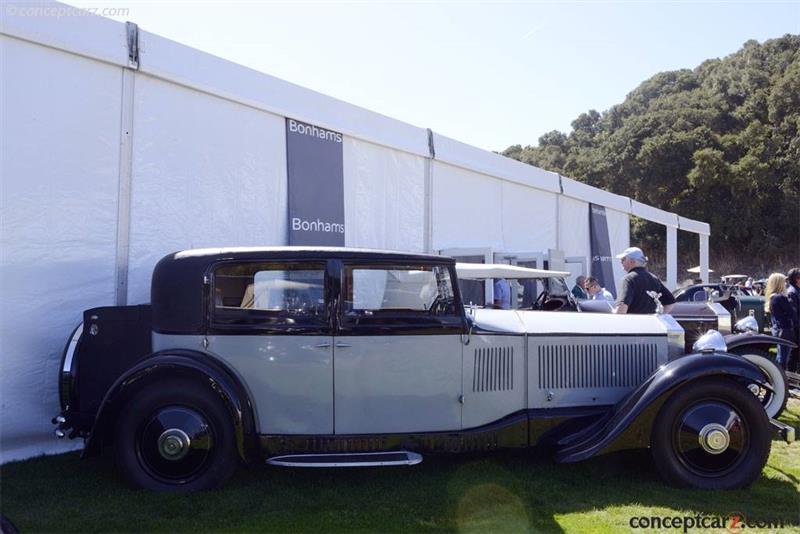 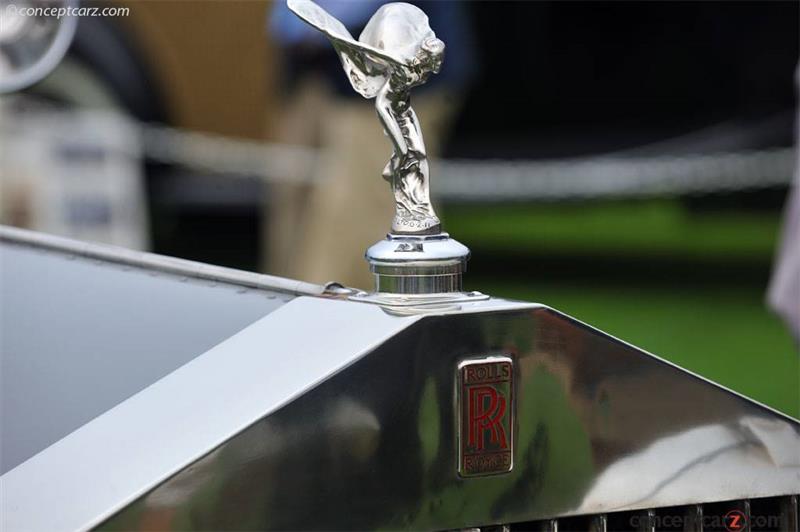