The 308 GT4, the Maranello factory's first mid-engined 2+2, was the unique design work of Bertone rather than the customary Pininfarina. By placing the front seats well forward, Bertone made room with the 100-inch wheelbase for two children or one sideways-seated adult in the rear, while the compact engine/transaxle package left space behind the engine bay for a 188-liter (6.6 cubic-foot) luggage compartment.

Although the new wedge-shaped styling was controversial, the performance of the quad-cam three-liter V8 certainly was not. The 236 bhp proved sufficient to propel the 308 past 150 mph, with 60 mph coming up in under seven seconds. All-round independent suspension ensured the handling. 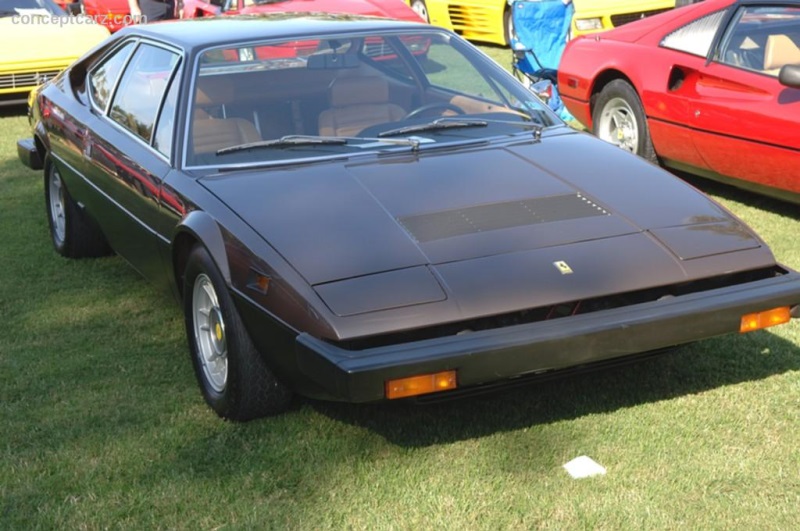 Road & Track magazine was most impressed by the 308 GT4's blend of speed and civility when they tested an example in 1974. 'Apart from the performance, which you take for granted in a Ferrari, and the aforementioned remarkable flexibility of the engine, perhaps the most outstanding feature of the Dino 308 is the excellent ride it provides. There is no low-speed harshness and at speed the road irregularities are beautifully smoothed out. The progress, compared to earlier Ferraris, is enormous.'

The Dino 308 GT4 is a mechanically robust car, with wonderful driving dynamics. The cab-forward layout gives a rear 'race car' feel, and the stiffness of the tube chassis combined with the wonderful sounds coming from the rear can be truly inspirational. When well tuned they make great power, with the smooth V8 making terrific noises from idle to the 7,700-RPM redline and beyond. Power is especially good in early, non-catalyst-equipped cars or in Euro cars which have more radical cams and timing than the later (1977-80) ÚS cars with catalytic converters.

The ride quality is perhaps the most amazing aspect of the car, as it is truly comfortable with no impact harshness. The low height and mid-engine layout enabled the use of fairly soft springs and shock valving for the double-wishbone front and rear suspensions, without any sacrifice in handling.Source - Owner
No auction information available for this vehicle at this time.