Ferrari built five brand new TR59s for the 1959 season and just four remain. This car, chassis number 0766, is the prototype and test mule. It appears here just as it did in its first race, winning the 12 Hours of Sebring, driven by Phil Hill, Olivier Gendebien, Chuck Daigh and Dan Gurney. It later placed second at Le Mans in 1960, and it also raced at Nurburgring, the Tourist Trophy and Nassau. Designed by Pinin Farin and built by Medardo Fantuzzi, the TR59s were lighter and lower than prior Testa Rossas. They had a modified Type 125 V12 three-liter engine and a new five-speed magnesium gearbox, and they were the first Ferraris to have disc brakes. This car still has its original wet sump engine, evidenced by a small hole in the hood.It was refurbished at the Ferrari factory after finishing third in the 1959 Tourist Trophy with Hill, Cliff Allison and Tony Brooks at the wheel. In June 1960, the team of Ricardo Rodriguez and Andre Pilette finished second overall at LeMans. After the 1960 season the car was sold to American owner Hap Sharp, and then Bob Hurt, and there it stayed until returning to Europe in 1979. In 1996 it was briefly part of the Bernie Ecclestone collection in London before its current owner acquired it and brought it back once more to the United States.

Ferrari 250 TR59s That Failed To Sell At Auction 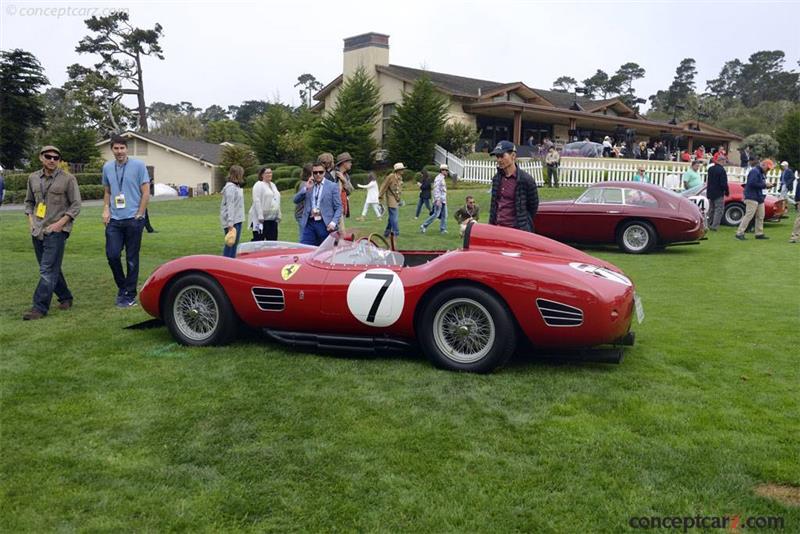