Sold for $1,545,000 at 2022 RM Sothebys : Monterey.
This Bugatti Type 57C is one of three examples that remain in existence with the Aravis body style by Gangloff, which was built in 1938 and 1939. It is a 2/3-seater cabriolet that was first offered in the 1938 catalogue and only Gangloff and Letourneur et Marchand were allowed to dub their 2/3-seater cabriolets 'Aravis.' It is believed that a total of twelve examples were built, with each coachbuilder building six. Dr. André Charles Chauvenet of Thouars, France ordered this Bugatti in the fall of 1938 through the local dealer J.B. Arnaud. Dr. Chauvenet requested the Bugatti be equipped with a supercharger, Stromberg carburetor, electric starter, and Rudge wheels. Wearing its Aravis Convertible Coupe body by Gangloff, the car's final retail price was 135,000 Francs.Beyond just a 'standard' Aravis, this was further refined with chrome side molding, three sets of vertical hood louvres, headlamp guards, a black top with red leatherette piping, and a foam-stuffed rear seat. It is believed that the original color was black or a very dark shade of blue or purple, over a red leather interior.
By mid-November 1938, Gangloff had completed the body, although Bugatti apparently did not send the coachworks the rolling chassis until late December. The coachwork was not applied to the chassis until the new year, and Chauvenet took delivery in January of 1939. Dr. Chauvenet would enjoy the Bugatti briefly as a few months later he was called back into service as a medical officer for the French Army. Although Dr. Chauvenet was captured and imprisoned in the infamous Buchenwald concentration camp, he survived the war. When peacetime returned, he was reunited with his Bugatti in early May of 1945.
Dr. Chauvenet sold his Bugatti in February of 1946 to Didier Soriano of Bordeaux via the originating dealer J.B. Arnaud. It then passed to Hermann Trümpy of Glarus, Switzerland in October 1947, and would race it in several amateur hill climb events throughout Switzerland. Around 1951, André Turrettini of Geneva became the car's next custodian and would retain it until 1959. On December 12, 1951, that was damaged along the front driver's side fender. The next custodian was Pierre Strinati of Geneva who, in 1959, commissioned the coachbuilder Graber to mount a solid steel roof to the body. Additionally, the car was sympathetically redone in a two-tone red and black paintjob over maroon leather.The car remained in the Strinati Collection until 1984 when it was subsequently exported from Switzerland. It passed through the stables of the late Bill Serri, Jr. of Cherry Hill, New Jersey, and then the late Myron Schuster of Bedford, New York. In August of 1993, it was purchased by Oscar Davis who would soon embark on an accurate and complete restoration to its original specifications. The work was entrusted to Classic Coach Repair of Elizabeth, New Jersey and work had begun by late 1995. The chassis and drivetrain were restored by Leydon Restorations of Lahaska, Pennsylvania. The 3.3-liter dual-overhead-camshaft straight-eight-cylinder engine was rebuilt and returned to its original supercharged condition. The engine, numbered 431, is listed as being previously installed in chassis 57619, a 1937 57C Stelvio. The restoration took seven years to complete. After completion, it was shown at the Pebble Beach Concours d'Elegance (and Tour), Louis Vuitton Classic Concours, Greenwich Concours d'Elegance, and other leading events.
By Daniel Vaughan | Dec 2022
Aravis Coupe by Gangloff
Stelvio Convertible by Gangloff
Chassis#: 57768
Chassis#: 57786 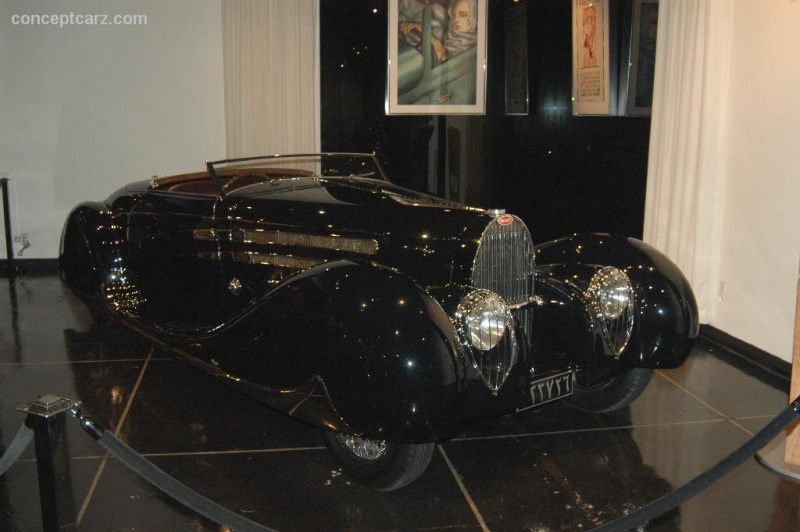 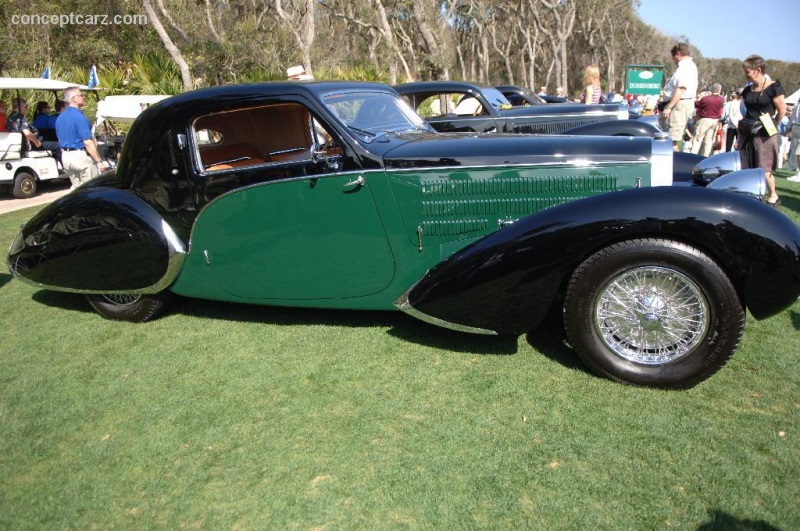 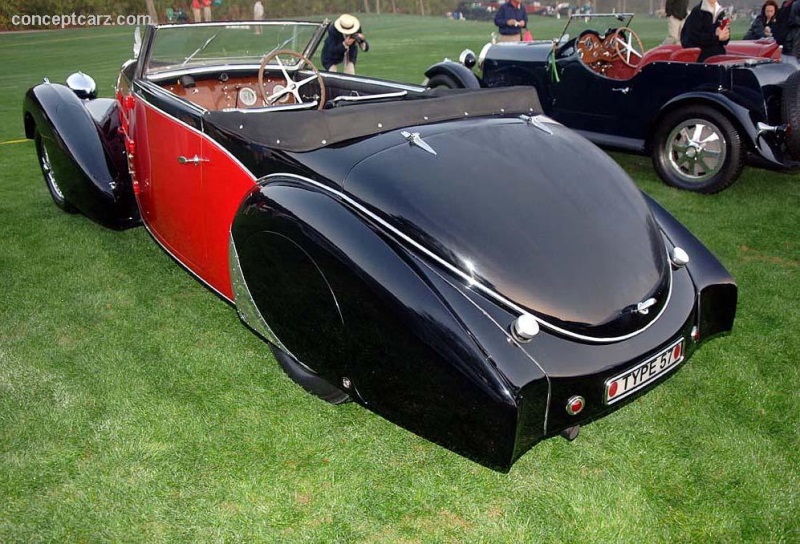 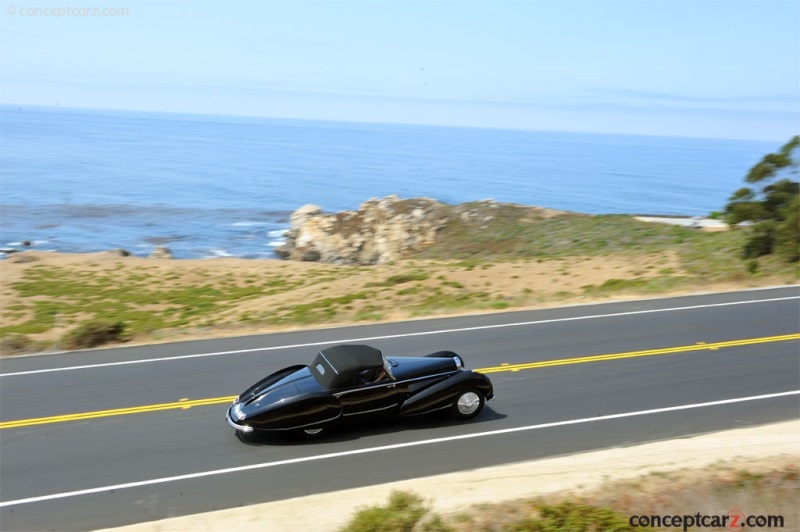 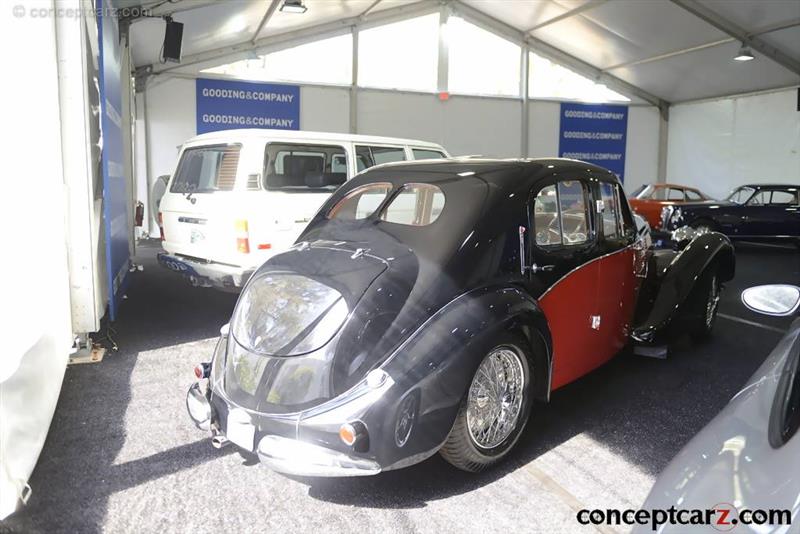 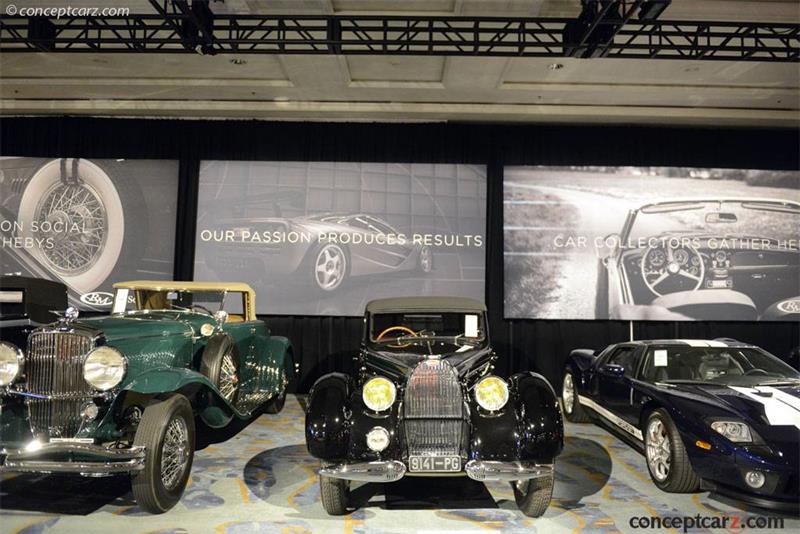 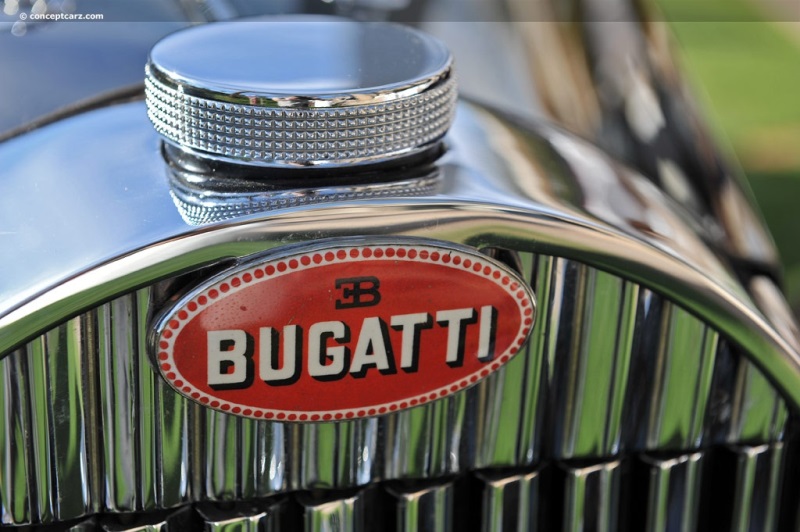 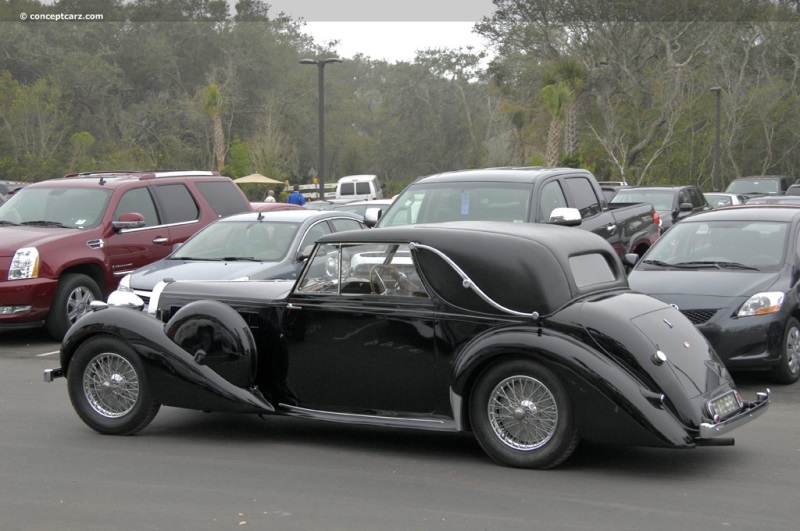 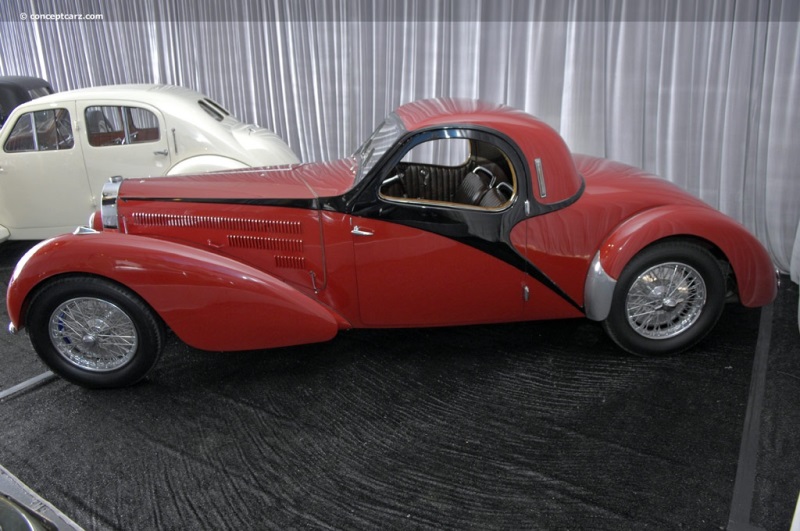 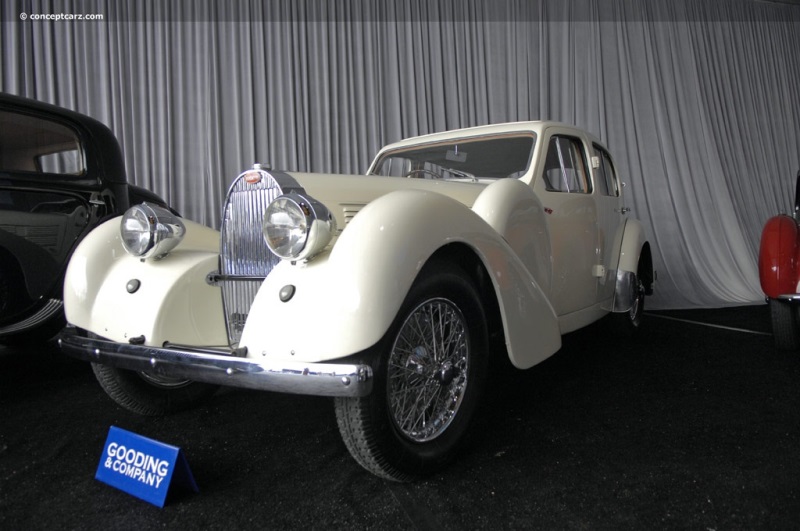 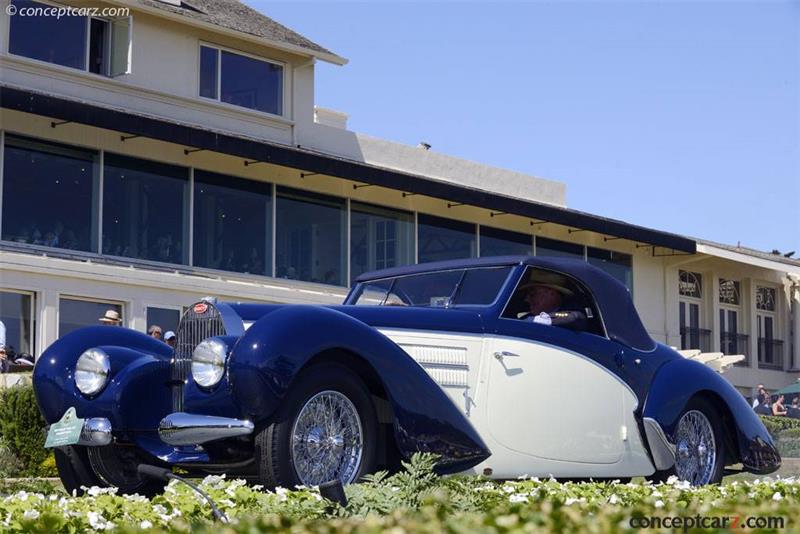 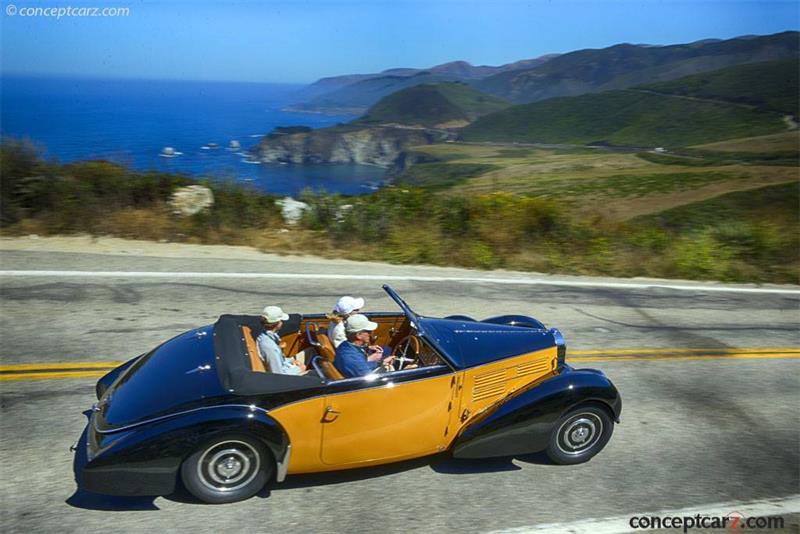 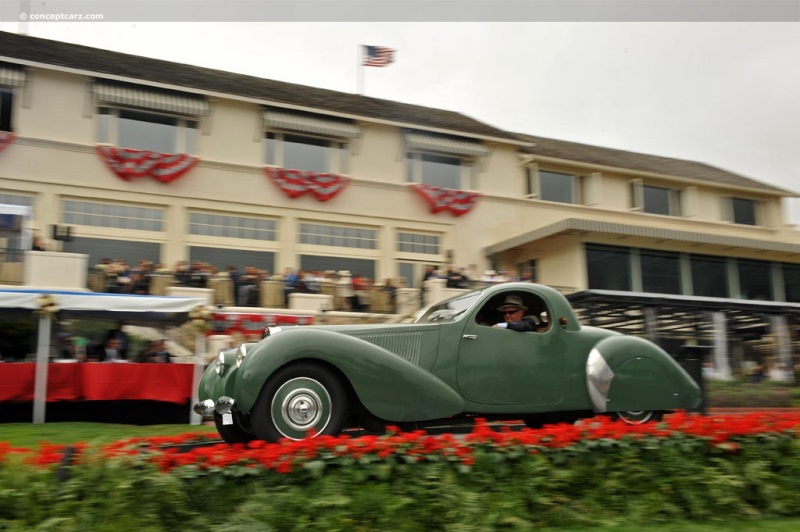 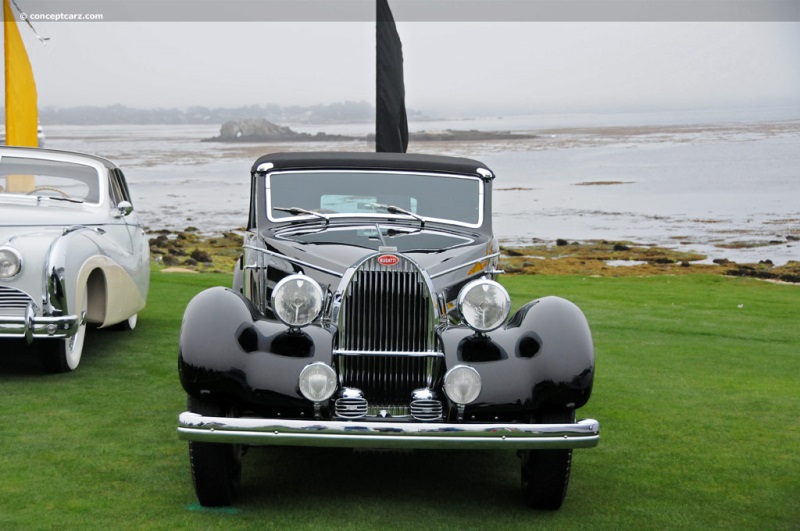 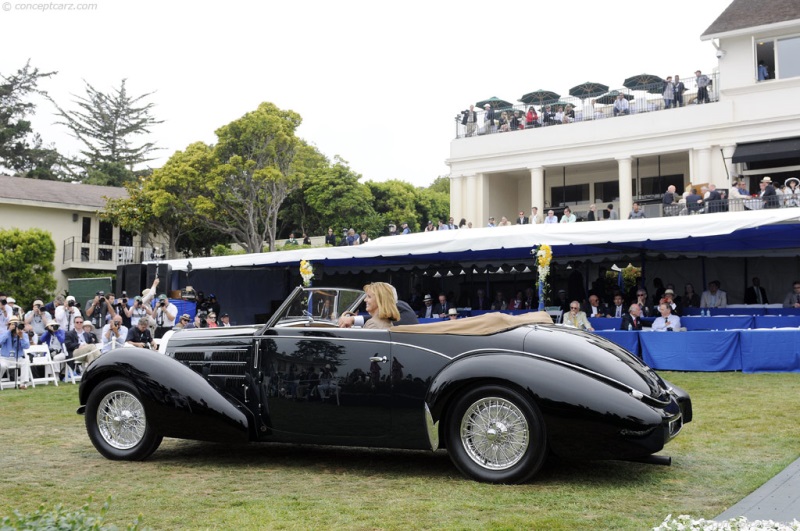 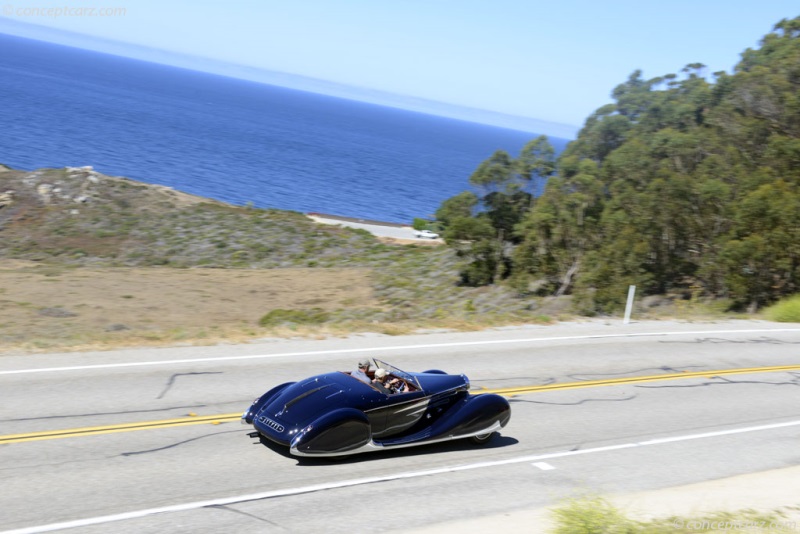 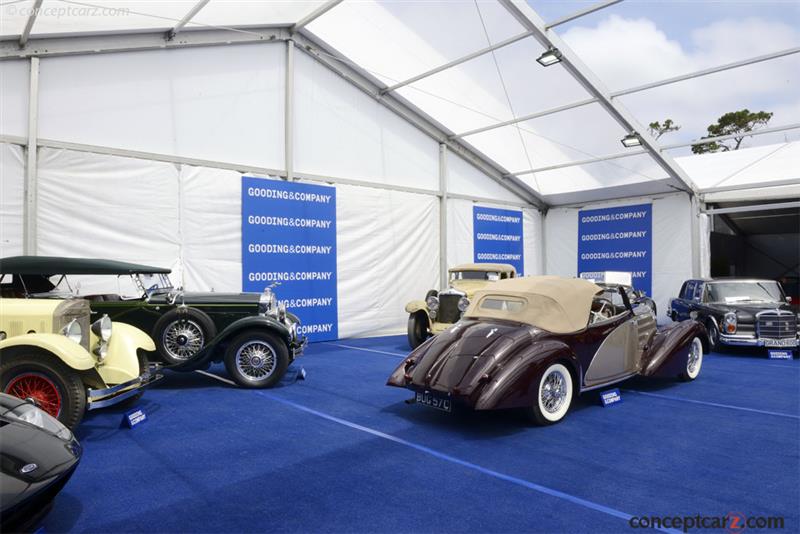 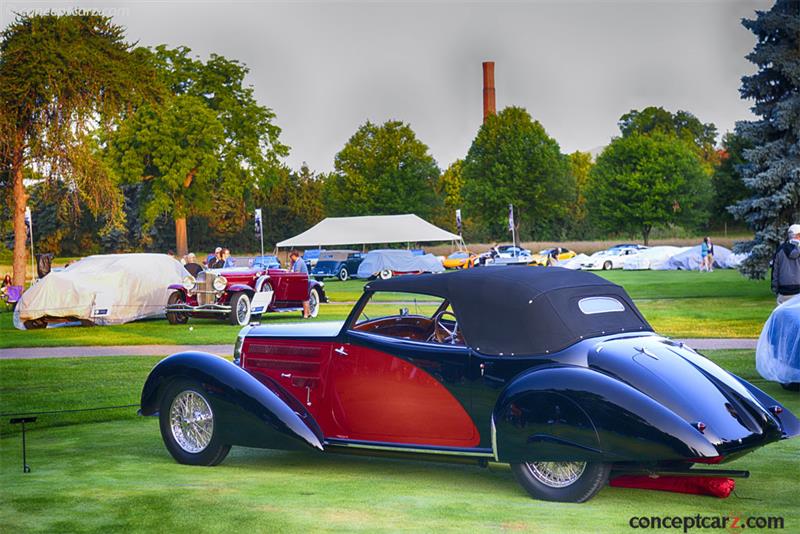 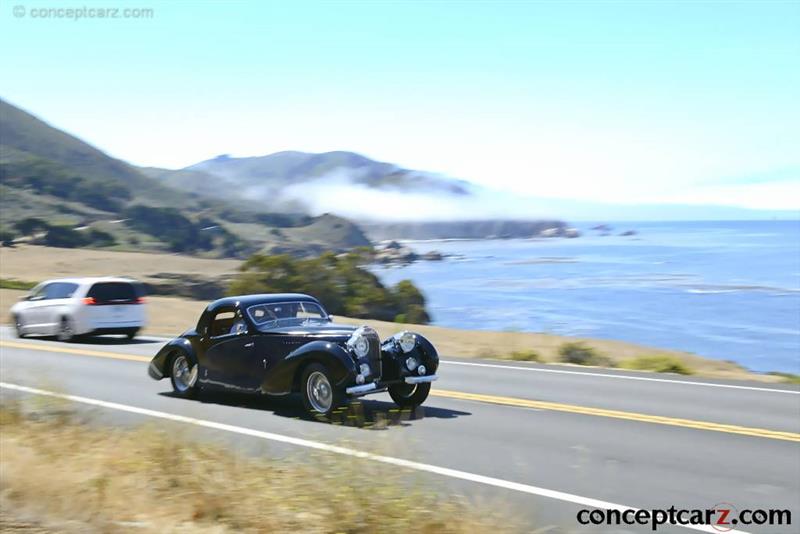 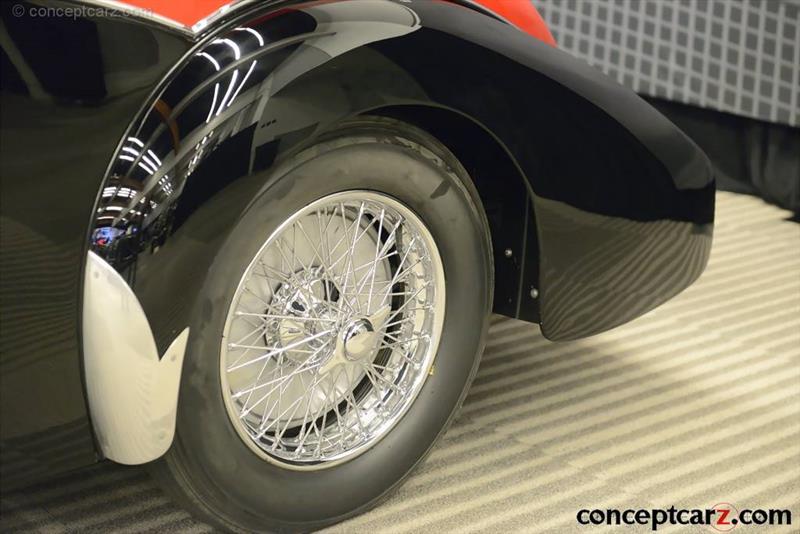 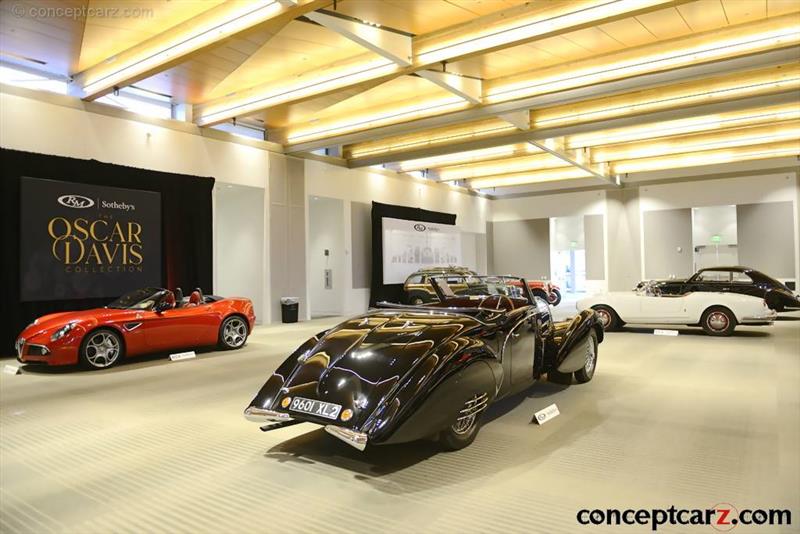