This light and nimble Porsche 908/03 (chassis number 008), one of 13 built, won 1970 Targa Florio and the Nurburgring 1000 Kilometer races. Drivers included Brian Redman, Jo Siffert and Vic Elford. The 908 was originally a closed coupe, but in 1969 it was redesigned as a lighter open spyder named 908/02. For the 1970 season it was redesigned into the more compact 908/03, in order to contest just two races, the Targa Florio and the Nurburgring, both of which were run on twisty circuits that demanded high levels of maneuverability. The 908/03s had flat-eight 3-liter engines that produced 370 hp and top speeds of nearly 175 mph. Weighing only 1,200 pounds these cars boasted an astounding power to weight ratio of just 3.24 pounds per horsepower!

Despite the immediate success demonstrated in the 1969 season by the formidable Porsche 917, and in view of new competition coming from Ferrari and Alfa Romeo, Porsche could leave no stone unturned in its quest to win the 1970 and 1971 World Championship of Makes. Hence was born this 908/03, which compared to the 5-liter, 12-cylinder 917, which was smaller, less powerful (having only a 3-liter 8-cylinder engine), but much lighter, more nimble and brutally quick. Weighing only 1,200 pounds, perfectly balanced with its weight concentrated in the center and with 370 horsepower boasting an astounding power-to-weight ratio of just 3.24 pounds per horsepower, it was capable of 175 mph with acceleration matching the 917.

The results were immediate and overwhelming. This vehicle scored overall victories as part of the Porsche factory team in three of the four races for which it was built. The first two, both in May 1970, enabled Porsche to clinch the 1970 championship at just half season. The same success came in the 1971 season, again realizing the championship at half season. 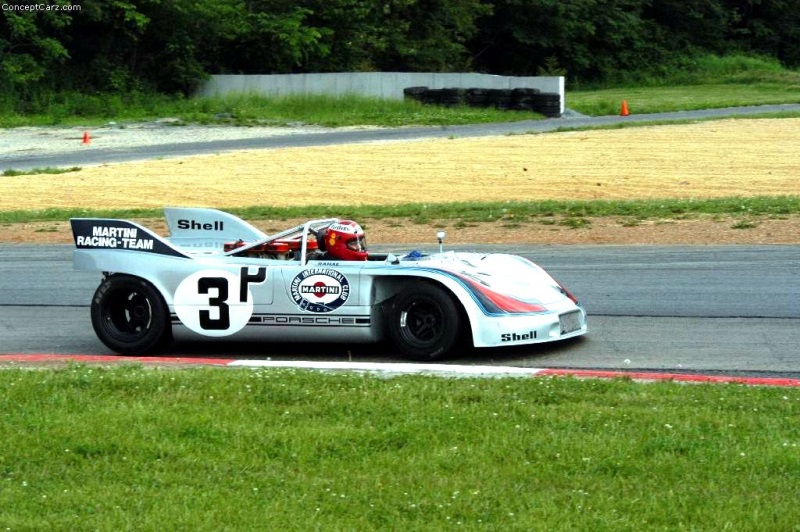