Sold for $1,815,000 at 2016 RM Sothebys : Amelia Island.
Just 207 (some sources say 208) R-Type Continentals were built for the fortunate few who could afford the 'idea of perfection.'The Bentley R-Type Continental, in its day, was the world's most expensive automobile. For instance, it was 35 percent more costly than a Cadillac Special Sedan. Before the outbreak of the war in 1939, Bentley thought about producing a limited-production performance model for the new high-speed roads that were being constructed in Europe. A prototype achieved a near 100 mph average speed in testing on the German Autobahn, but WWII halted production plans. Revived in 1951, Bentley Motors worked closely with coachbuilder Mulliner and developed a lightweight performance Mark VI Bentley by using aluminum panels and reducing the 4078 pound weight to 3739 on the standard sedan.What really made the Bentley Continental so distinctive was the fastback two-door bodywork, whose excellent aerodynamics gave the car excellent high-speed performance. The pre-war prototype had raced at LeMans in 1949 and 1950 with some success.
The six-cylinder, water-cooled engine with a displacement of 5.57 liters, produced 160 horsepower, coupled to a four-speed transmission, and had a top speed of 120 mph. The pressed channel-steel chassis carried an independent front suspension with coil springs and wishbones, a rear suspension with a semi-elliptic leaf spring, and four-wheel drum brakes.
This particular R-Type Continental was the second chassis to be built with the larger 4.9-liter engine. The powerplant was mated to a center-mounted four-speed gear change. This example is reportedly one off only seven left-hand drive cars with both the 4.9 engine and 'center shift.' The car was ordered with the optional lightweight bucket seats and rear wheel skirts. H.J Mulliner fitted the car with a Fastback Sports Saloon coachwork and finished it in Maroon with Putty interior - the same color combination it wears today. This car was road-tested on August 16, 1954 and subsequently completed on August 21st. After the car was built, it was shipped from London to New York aboard the SS American Producer and was sold by Manhattan dealer J.S. Inskip on November 17th to its original owner, Mary Thurston Horn. In 1957, the Continental passed to its second owner, Arthur M. Young, who is believed to have tuned the car's engine for increased power. The car remained in his ownership for the remainder of his life, by which time it had been driven approximately 110,000 miles. It was sold by his estate in 1995 to a broker in the United Kingdom, for whom it was subsequently restored before being sent back to the United States in the hands of Miles Marsh. Mr. Marsh had Vantage Motorworks of Miami, Florida, which upgraded its restoration to modern Pebble Beach standards. An authentic Continental Touring Spares kit was sourced for the car and a six-piece set of fitted luggage were recreated to original Mulliner designs. The current owner acquired the car in January of 2009, the four caretaker since new.

Sold for $1,815,000 at 2016 RM Sothebys : Amelia Island.
This Bentley R-Type Continental was the second chassis to be built with the more powerful 4.9-liter engine. She is one of only seven left-hand-drive cars finished with this configuration and is known as a 'chairs and flares' car, with desirable lightweight bucket seats and rear wheel spats. She was first sold through the New York-based Bentley and Rolls-Royce agent J.S. Inskip to Mary Thurston Horn of Fifth Avenue, who owned her until 1957 when the Continental passed to aeronautical engineer Arthur M. Young. After two further owners, the car was restored by Vantage Motorworks of Miami and made its debut at the 2009 Pebble Beach Concours. Since then the car has been repainted in its original Caribbean blue.

Bentley R Types That Failed To Sell At Auction

1954 Bentley R Type's that have appeared at auction but did not sell. 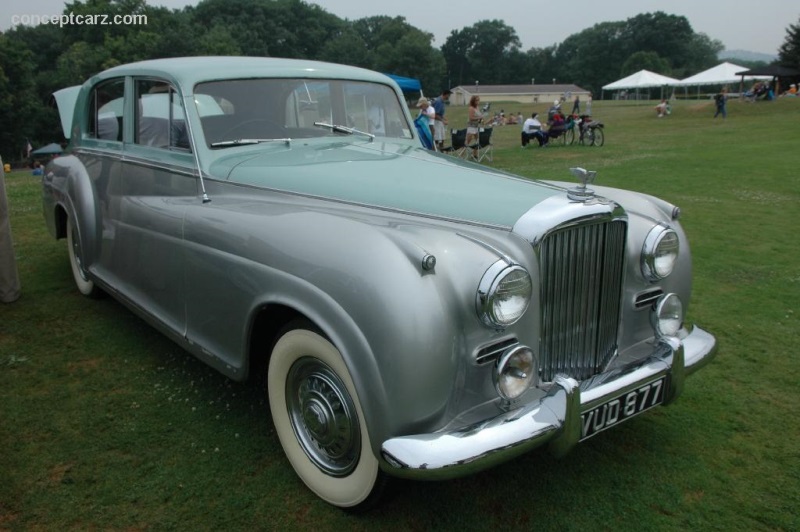 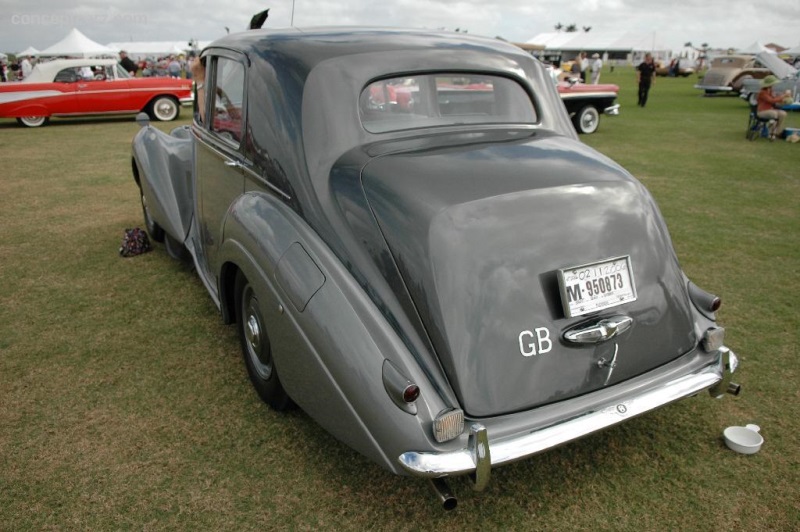 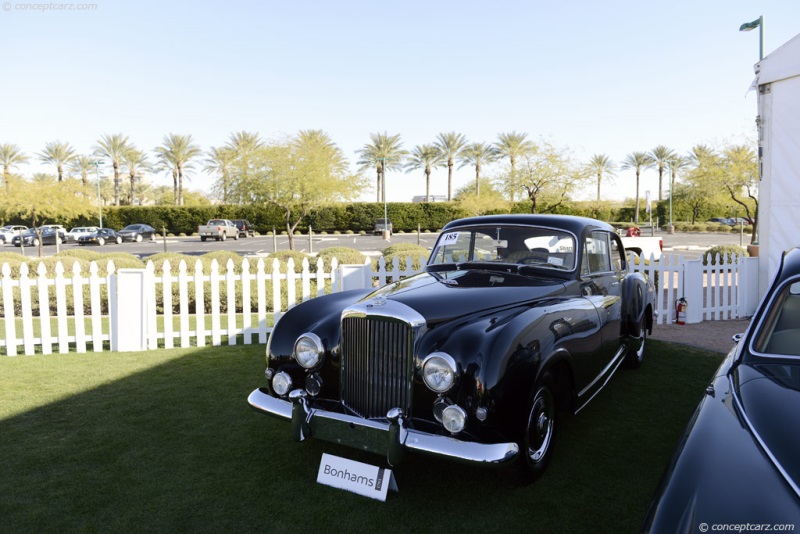 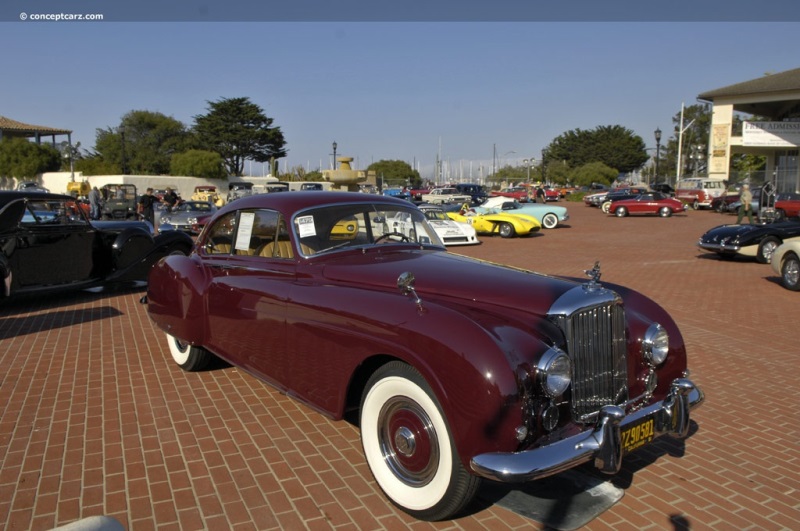 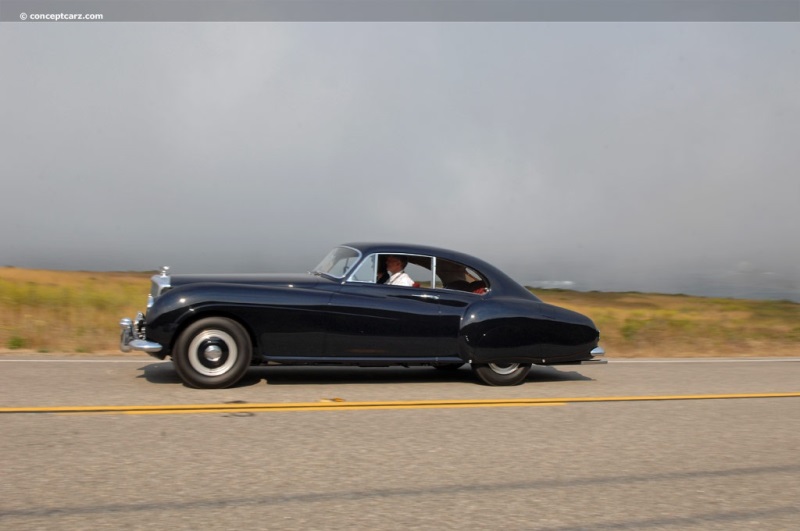 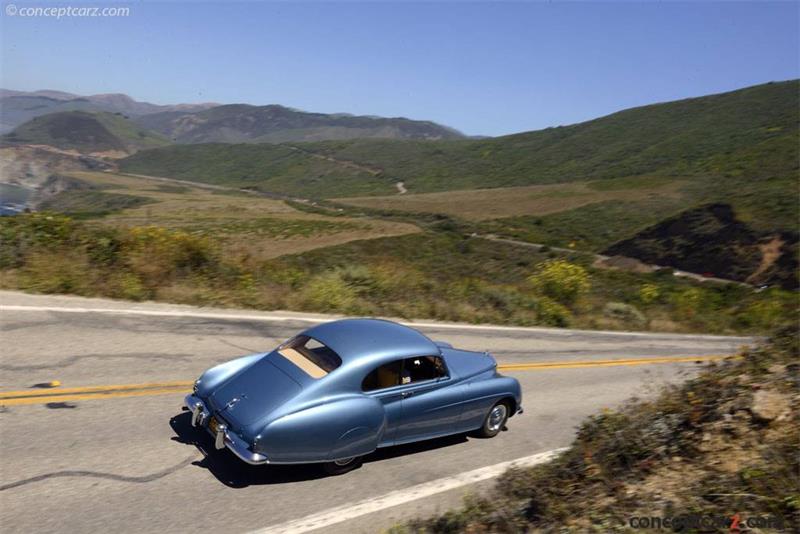 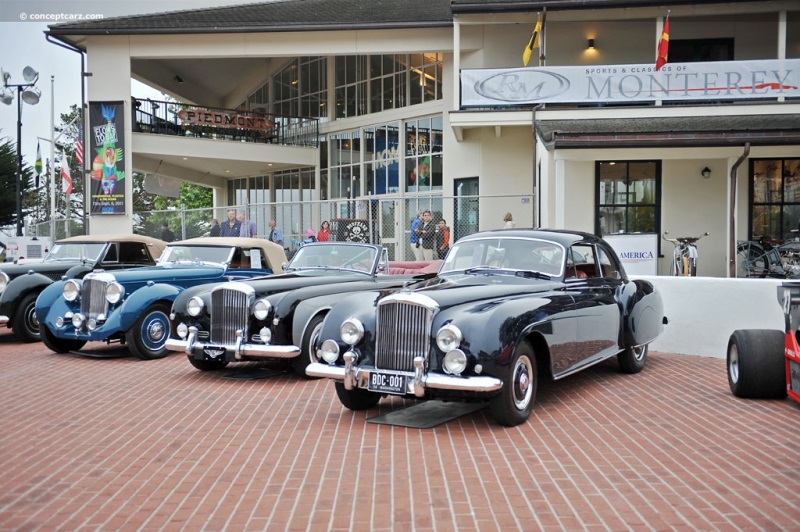 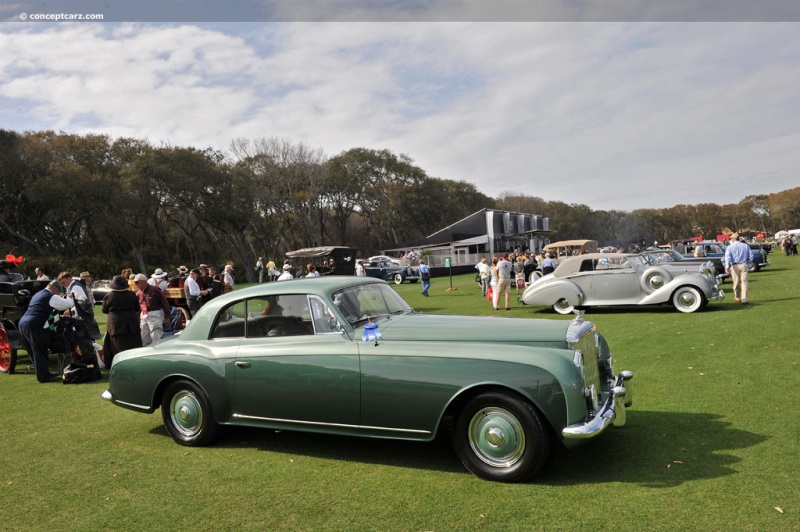 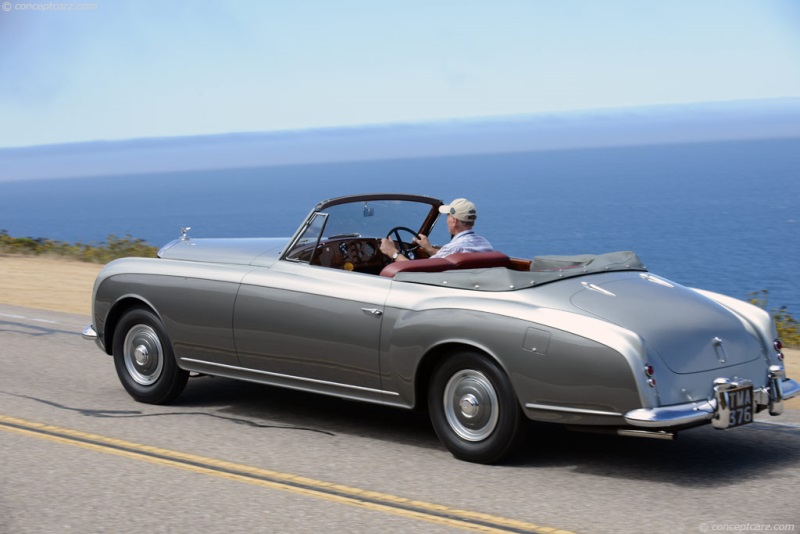 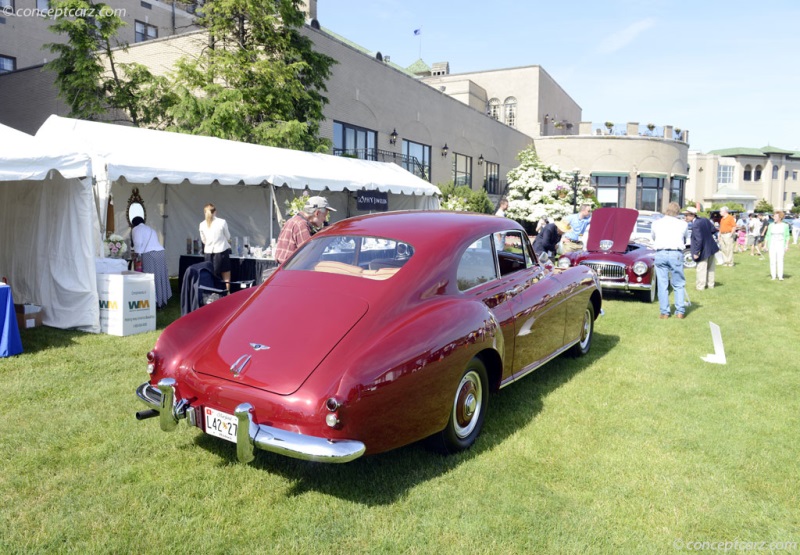 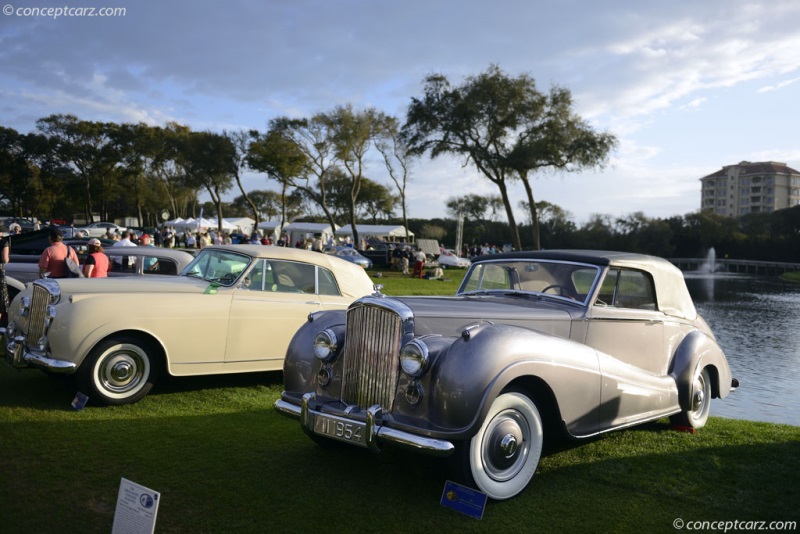 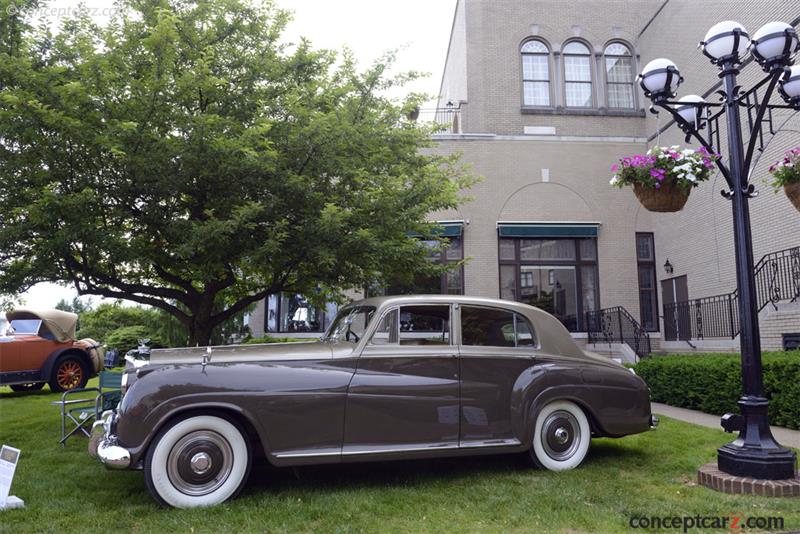 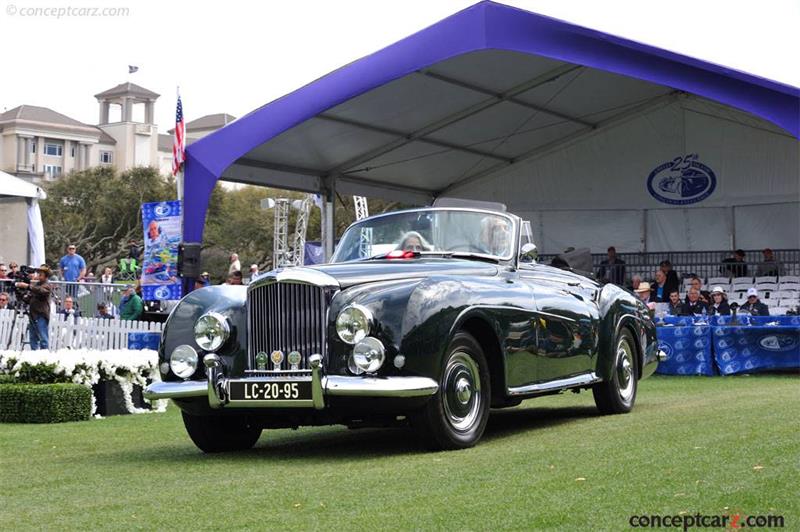 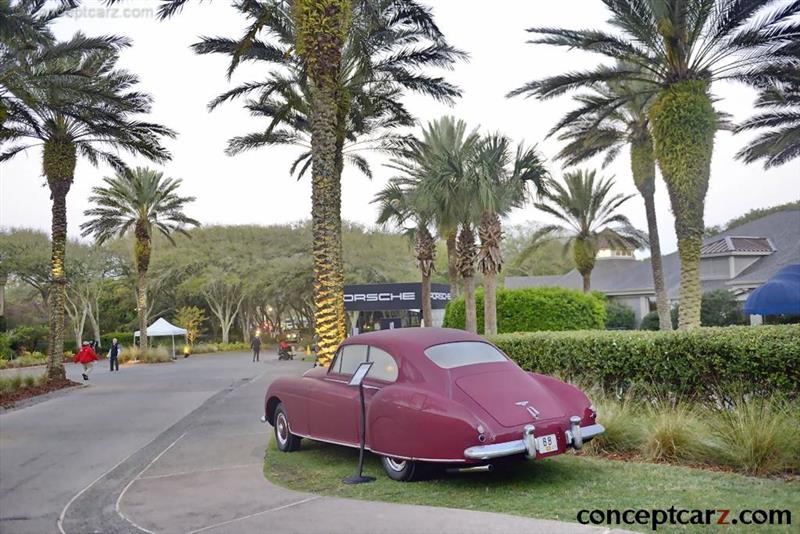 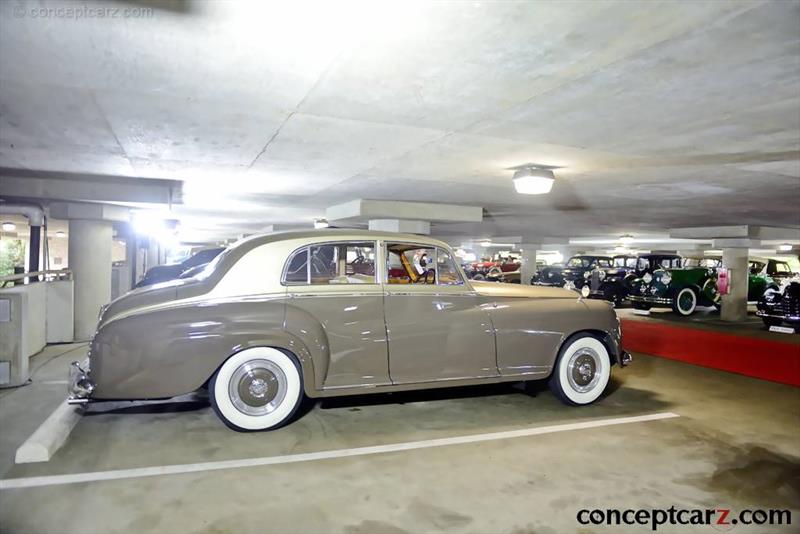