High bid of $500,000 at 2009 Sports & Classics of Monterey. (did not sell)
Sold for $368,500 at 2010 RM Auctions - Automobiles of Amelia Island.
Sold for $660,000 at 2013 RM Auctions - Monterey.
The name 'Silver Ghost' was used for the entire 19-year model run of what was officially called the 40/50, from its horsepower rating. Production began in 1907.A silver Barker-bodied tourer was built for Managing Director Claude Johnson, and it was christened the 'Silver Ghost.' It took part in the 2000-mile Scottish Reliability Trial, where it won a gold medal. The car was then subjected to further endurance testing, covering 15,000 miles in repeated London-Glasgow journeys. At the conclusion of the test, the car was disassembled and examined for wear. All of the parts were found to be within tolerances. In modern times, the car still exists, and has covered nearly 600,000 miles. It is currently in restored condition.The London-Edinburgh model was the result of a 1911 challenge by Napier. Selwyn Francis Edge, Napier's distributor, entered a 65-horespower car in an RAC-observed run from London to Edinburgh, driven entirely in high gear. Rolls-Royce responded, using a nearly standard Silver Ghost wearing a lightweight touring body. The car was stock except for a higher compression and a larger carburetor.
The Rolls-Royce outperformed the Napier on fuel consumption, and in a timed run at the Brooklands track. The Rolls-Royce achieved 78.26 mph while the Napier reached 76.52 miles per hour. The same chassis, with a single-seat body and a high ratio axle, was driven to 101.8mph in the flying mile at Brooklands a year later.
In 1919, the Rolls-Royce Silver Ghost were given electric lights and self-starter. In 1923, it was given four-wheel brakes. Production of the Silver Ghost continued until 1925. This vehicle, chassis number 23ED, was ordered by the British Admiralty on February 21, 1915 and delivered on April 28. The car was eventually shipped to the United States and was discovered by an Ohio collector in the 1970s. It has remained in the same family ever since.In preparation for a restoration, a London-Edinburgh tourer body was supplied by British coachbuilders Crailville, Ltd., of Southall, Middlesex. The company specializes in construction of period-correct bodies for classic cars. In the mid-2000s, the restoration work began. It was given a complete mechanical rebuild, including the engine, transmission, axle and chassis. It was given a new stainless steel exhaust system and an electronic overdrive. The close-coupled London-Edinburgh body was fitted and finished in archetypal silver with a leather interior. Accessories include an Elliott speedometer, mirrors and electric side- and headlamps. In 2009, this Rolls-Royce Silver Ghost was offered for sale at the Sports & Classics of Monterey auction in Monterey, California presented by RM Auctions. The car was estimated to sell for $700,000-$900,000. The lot failed to sell after achieving a high bid of $500,000.
In 2010, this car returned to auction, again at an RM Auction sale, this time at their 'Automobiles of Amelia Island' event. The car was estimated to sell for $400,000 - $500,000 and offered without reserve. As bidding came to a close, the car had been sold for the sum of $368,500, inclusive of buyer's premium.
By Daniel Vaughan | Apr 2010
Limousine by H.a. Hamshaw Ltd.
Torpedo Tourer by Maythorne & Sons
Chassis#: 2BD
Chassis#: 24 CB 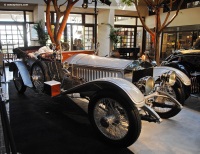 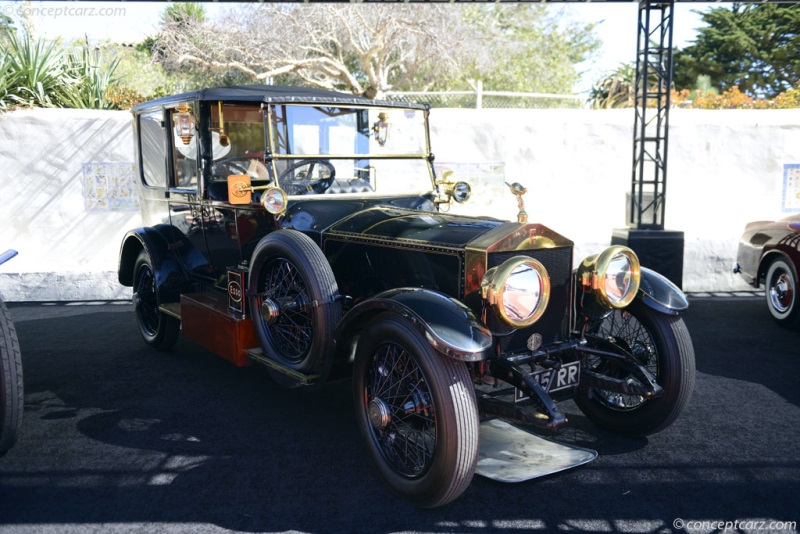 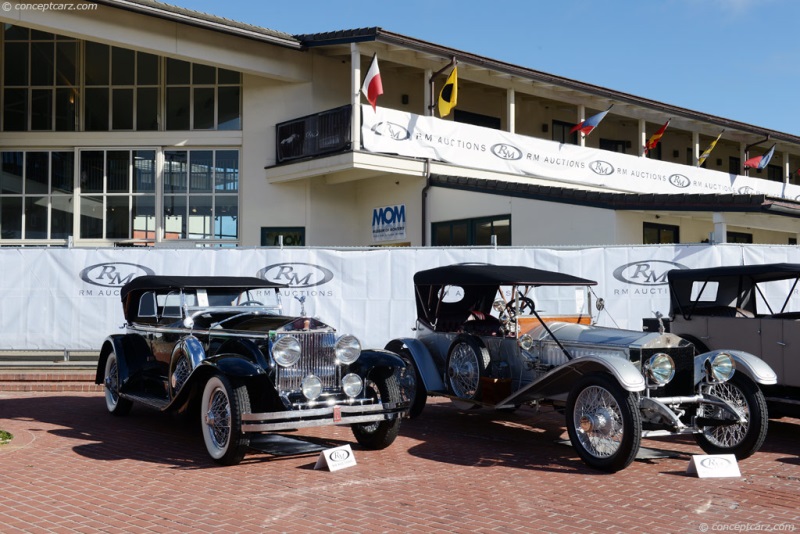 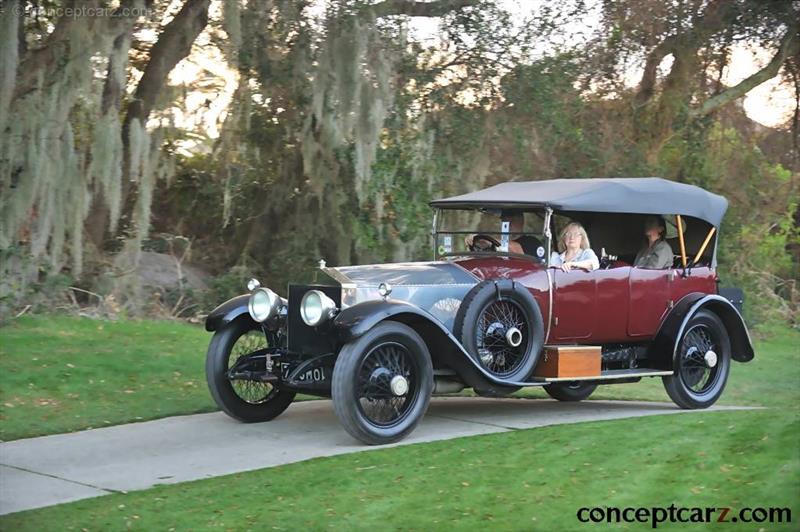 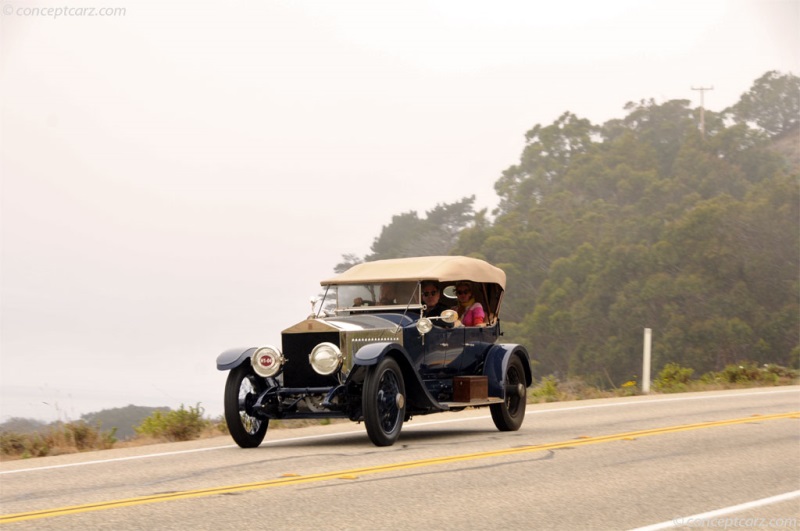 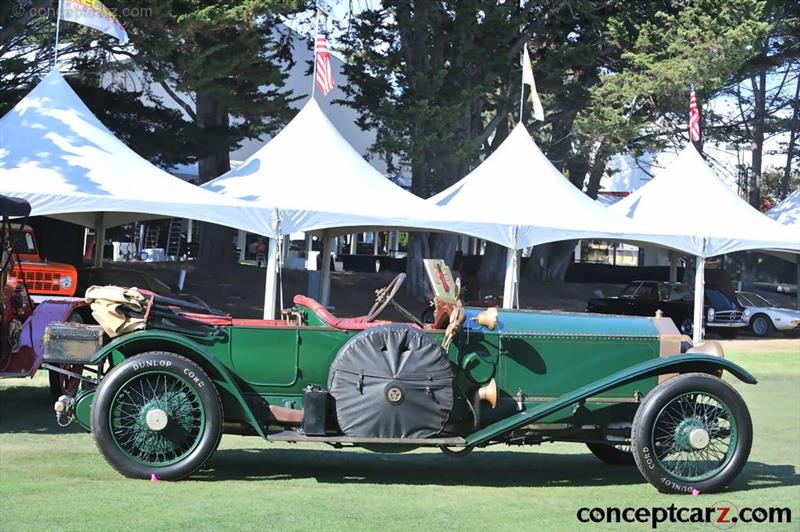