Sold for $57,750 at 2009 Sports & Classics of Monterey.
One of the leading car manufacturers in Britain following the Second World War was the Nuffield Organization, which built Morris cars. They introduced their first new-era model in 1948 and dubbed it the Morris Minor. During its production life, which ceased in 1971, there were over 1.5 million built. The design of the Minor was courtesy of Alex Issigonis, also the creator of the Mini. In 1952, Austin and the Nuffield Organization merged, resulting in more minor styling changes, a one-piece windscreen and an Austin 948cc engine being fitted in the Minor in 1956. The styling remained basically unchanged from 1953. Various body styles were offered throughout the years, in the form of two and four-door sedans, a convertible, a van, a pickup truck, and the 'woody' station wagon also known as the 'estate' or 'Traveller.' The Traveller model was produced from 1954 to 1971.
This Morris Minor Traveller is powered by a 948cc four-cylinder engine offering 37 horsepower. There is a four-speed manual gearbox and drum brakes. This small wagon rides on a wheelbase that measures just 86 inches. It is painted in black with a new black vinyl top and red vinyl seats, panels and carpeting.
In 2009, this Morris Minor 1000 was offered for sale at the Sports & Classics of Monterey auction presented by RM Auctions. The car was estimated to sell for $40,000 - $50,000 and offered without reserve. As the gavel fell for the third and final time, the lot had been sold for the sum of $57,750, including buyer's premium.
By Daniel Vaughan | Dec 2009 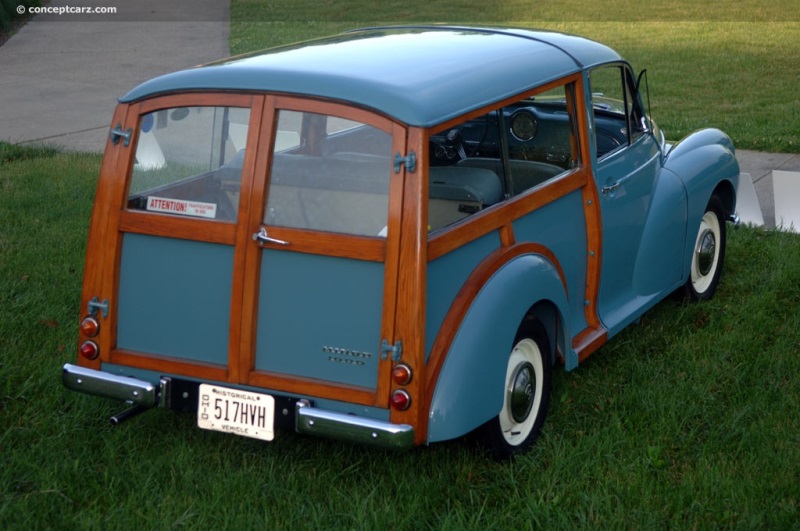 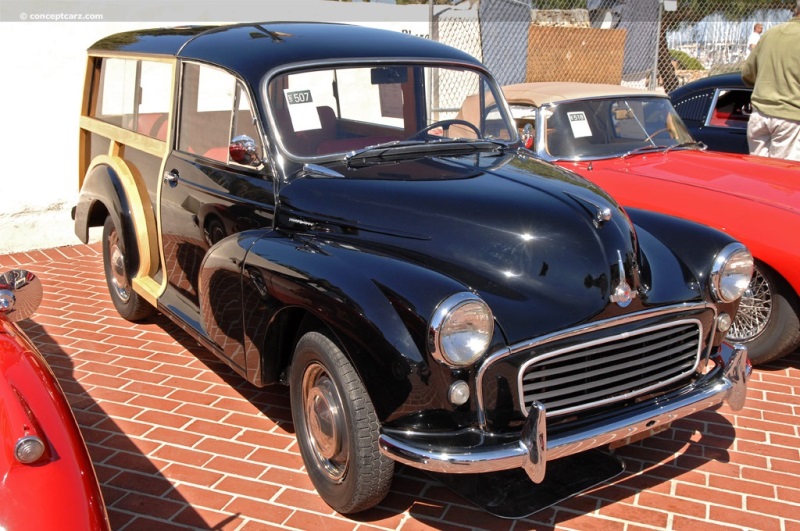