Sold for $2,750,000 at 2009 Pebble Beach Auction : Gooding & Company.
This car with serial number 0937GT is the seventh of the fifty Long wheel Base California Spyders built by Ferrari. Its first owner was Jean-Claude Simon who acquired it in September of 1958 and registered in the Swiss canton of Vaud, located outside of Geneva (registration VD 90536). The car may have been used by the French actress Brigitte Bardot while residing in Saint-Tropez. The car's next documented owner was Ado Vallaster of Switzerland. Mr. Vallaster sold the California Spider in June of 1970 to Rob de la Rive Box, and it then passed, via dealer Rudy Pas, to Minoru Kawamoto. The car remained with Mr. Kawamoto for at least two decades during which time it was fitted with another 250 GT engine, numbered 0833 GT, and later restored in the US by J.R. Vallandingham of Houston. The original engine was reunited with 0937 GT in the late 1980s, and the spare engine was sold to Swiss collector Robert Fehlmann and returned to 0833 GT.John Devine acquired the California Spider via Steve Tillack and Garry Roberts in 1988. The next owner was Michael Marix of Palm Desert, California. Soon after acquiring 0937 GT, Mr. Marix commissioned Tillack & Co. of Redondo Beach, California, to perform a complete, Concours-quality restoration. The work took over two years to complete. It emerged finished in non-metallic dark red livery. It won a class award at the 2007 Pebble Beach Concours d'Elegance, and a Platinum Award and the Judges Cup at the 2008 Cavallino Classic in Palm Beach, Florida.
The Ferrari Classiche Department certified 0937 GT in late-2008, issuing a Red Book in recognition of its originality. The car has its original chassis, engine (internal no. 0276 C), gearbox (internal no. 120 C), rear-end (internal no. 212 GTC), brakes, suspension, and bodywork.
As one of the early examples, this car has several unique features including one-piece side vents, striking tail fins, wraparound bumpers with the smaller over-riders, the nearly squared rear fenders, a crackle-finish dashboard, and the rear-end treatment. It was sold new with a factory hardtop. The engine was a Type 128 C V-12 with the single rear-mounted 12-point distributor and inboard spark plugs.In 2009, the car was offered for sale at Gooding & Company's Pebble Beach Auction. The car was estimated to sell for $2,700,000 - $3,600,000. The car was sold for an impressive $2.75 million including buyer's premium.The current owner has shown the car on rare occasions, preferring to use it on the road, including several outings on the California Mille and Colorado Grand. The car has been properly maintained and in a no-expense-spared fashion. Enzo Motors in Anaheim, California has performed mechanical work including an engine rebuild. The differential and suspension have been overhauled, a new fuel pump installed, and regular servicing. The California Spider has been re-trimmed with tan leather upholstery and had a new soft top fitted.

1958 Ferrari 250 GT California's that have appeared at auction but did not sell. 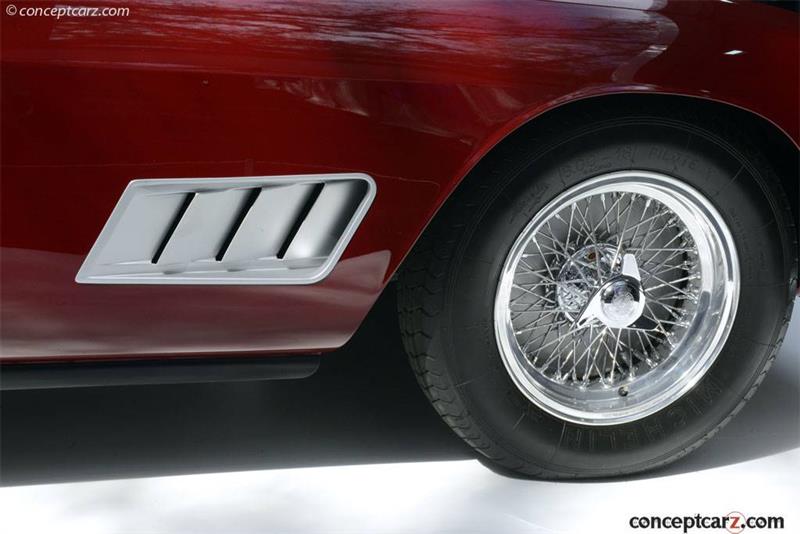 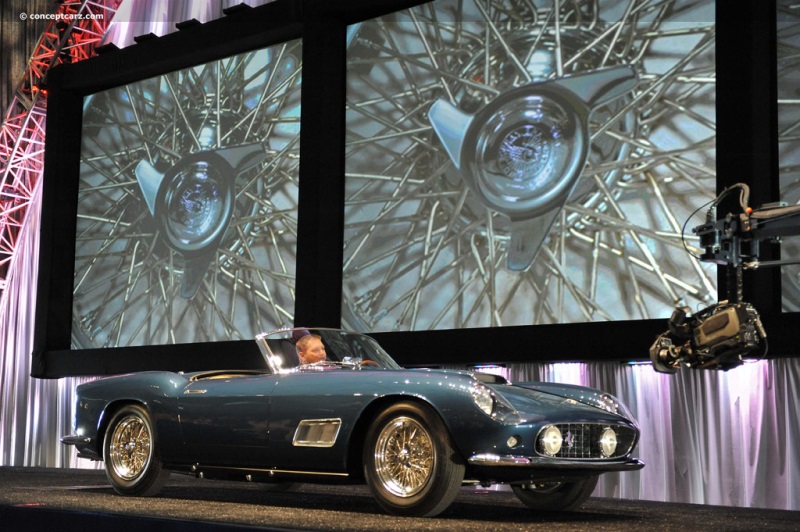 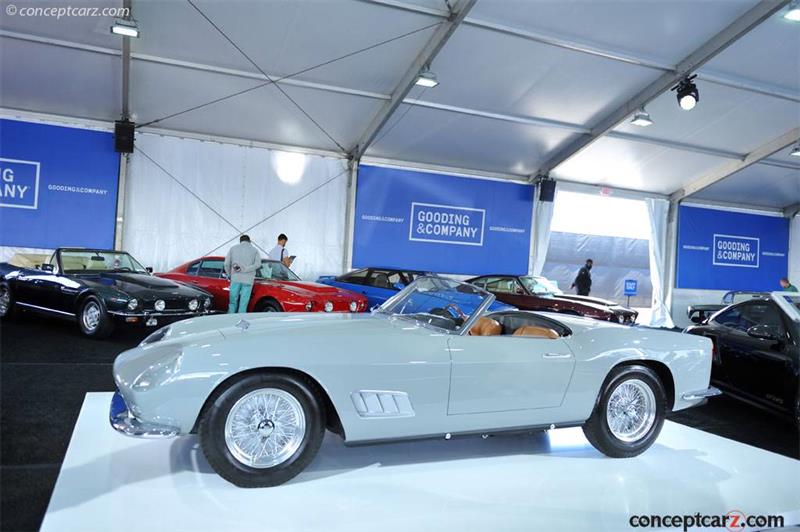 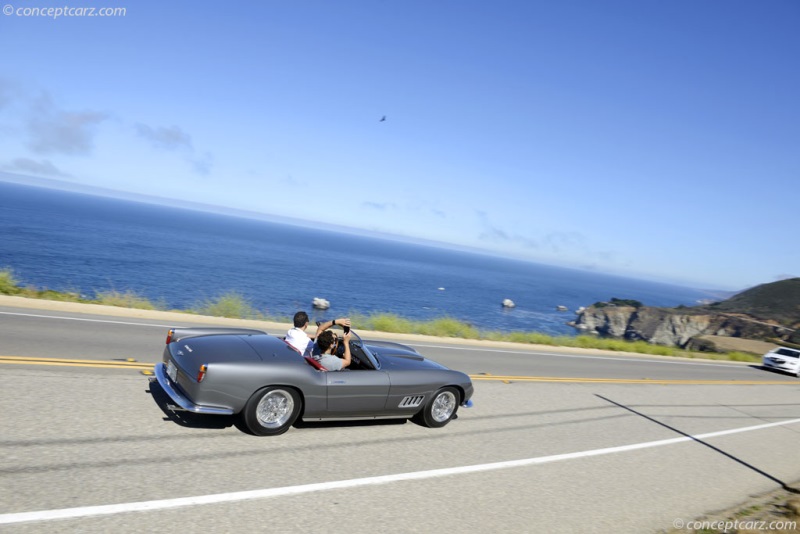