Sold for $539,000 at 2010 RM Auctions - Automobiles of Amelia Island.
Mr. Andrew T. Reid, Esq. of Auchterarder, Scotland took deliver of this Silver Ghost, chassis number 1204, in January of 1910. Mr. Reid was born in 1863 and would acquire many vehicles for his collection over his lifetime. After his passing in 1941, they were sold at auction. During World War II, the car was stored at Auchterarder House and was sold by Andrew Reid's brother, along with two other Rolls-Royces that were in storage, shortly after the war. In the late 1950s, the car was in the care of the Neal brothers, well known Rolls-Royce Silver Ghost restorers. The car currently wears a landaulette body that was built by Brainsby. The body is believed to have original clothed a 1908 Minerva owned by a judge. In the 1920s, the Minerva was rebodied, so the Brainsby body was removed. The body would remain in storage until it was purchased by Mr. Grist in 1958 from an individual in Plymouth for just £15. The body was then purchased by John Birchell, who it is believed sold it to the Neal brothers, who in turn married the body with chassis 1204. The original body supplied to the car remains a mystery, though there is some indications that it may have worn landaulette coachwork from new.
Thomas Brainsby & Sons was founded in 1905 in Peterborough. They built bodies for such cars as Crossley, Fiat, Hotchkiss and occasionally even Rolls-Royce. The company faded away in the 1920s, around the time that Brainsby-Woolard arose, a supplier of coachbuilt bodies which were contracted out to such houses as Lancefield or John Charles. Brainsby-Woolard would cease operation in 1936.
Around 1964, Mr. George Hardwick of West Ewell, London purchased 1204, and kept it for over two decades, during which time he participated with the car in the 1977 Royal Jubilee. The current owner acquired the car in 1988. Since then, it has been driven rather sparingly and received cosmetic and mechanical work over the years, only as needed. The car is finished in maroon, with an unidentified coat of arms on the door, which has been on the body since at least the late 1950s when it was acquired by Mr. Grist. The front seats are upholstered in black leather, and the passenger seats are worsted wool with tapestry window pulls. Various period features included extensive brass trim and lamps, which included opera lamps, as well as a talk tube, allowing passengers to communicate from the rear with the chauffeur in front.In 2010, this Silver Ghost was offered for sale at RM Auctions 'Automobiles of Amelia Island' sale in Amelia Island, Florida. The car was estimated to sell for $500,000-$700,000. As bidding came to a close, the car has been sold for the sum of $539,000, inclusive of buyer's premium.
By Daniel Vaughan | Apr 2010
Roi-des-Belges by Wilkinson
Tourer by Holbrook
Chassis#: 1341 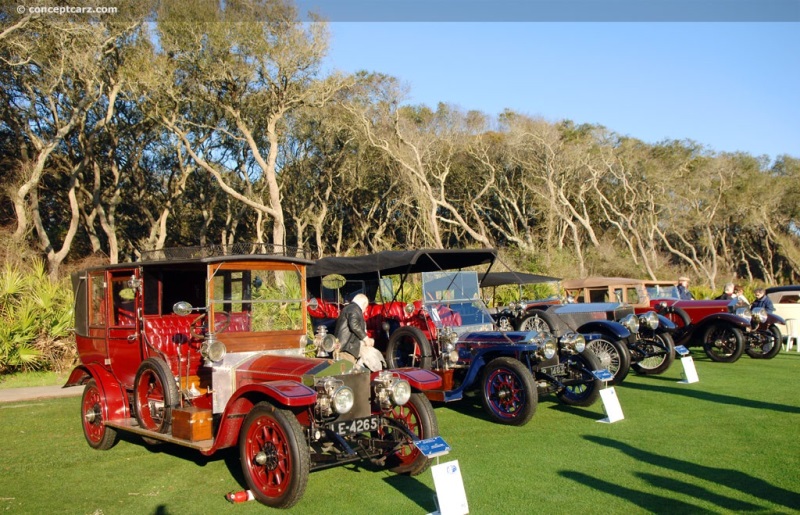 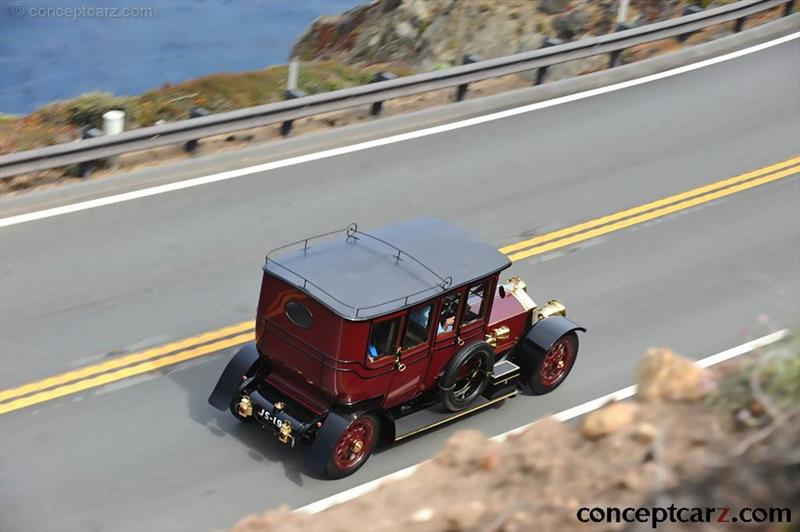 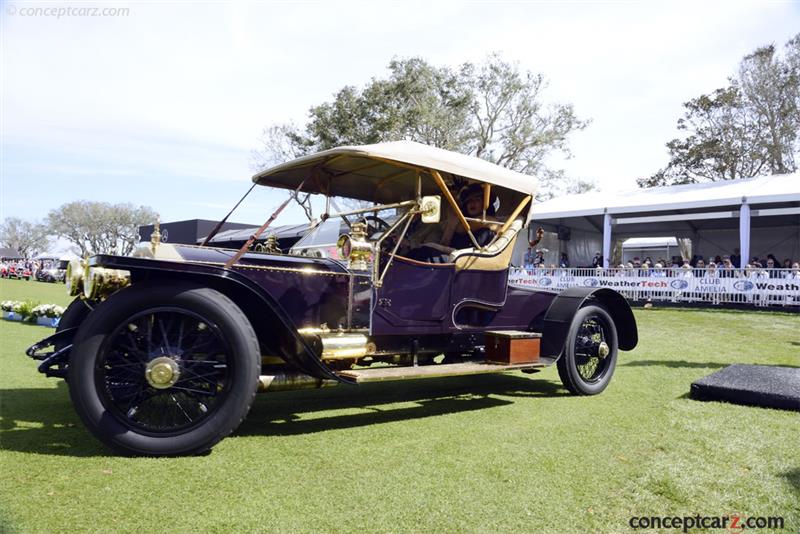 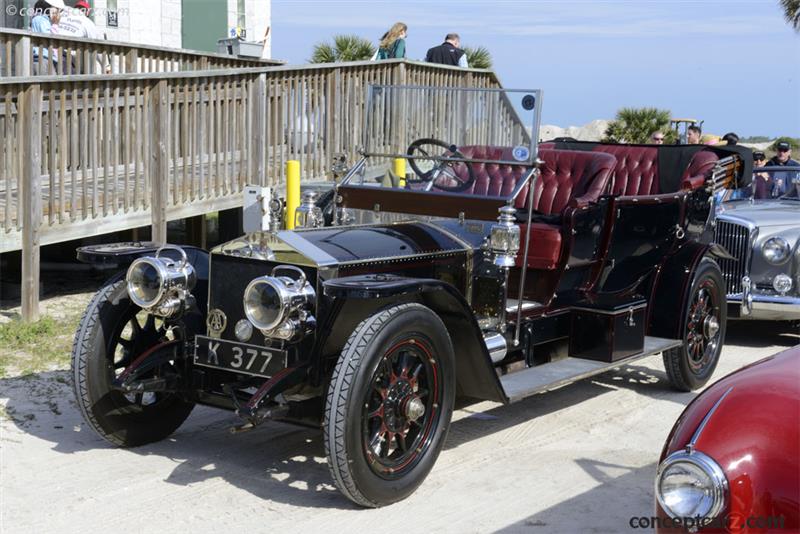 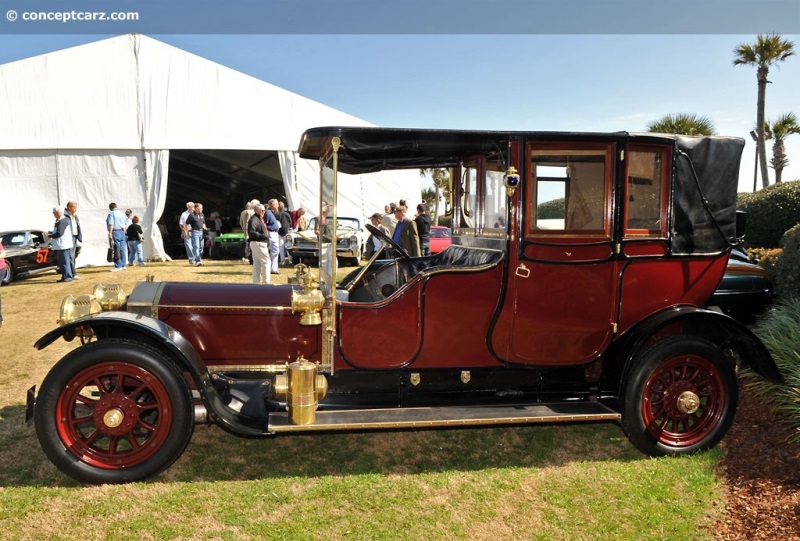 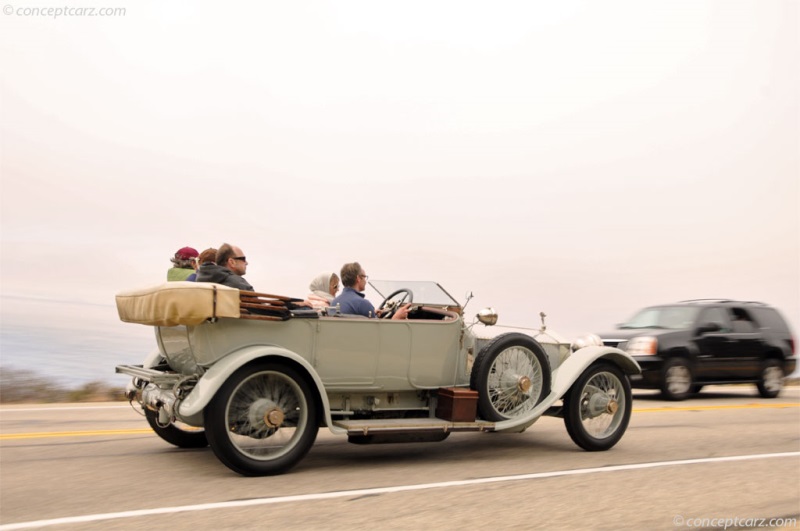 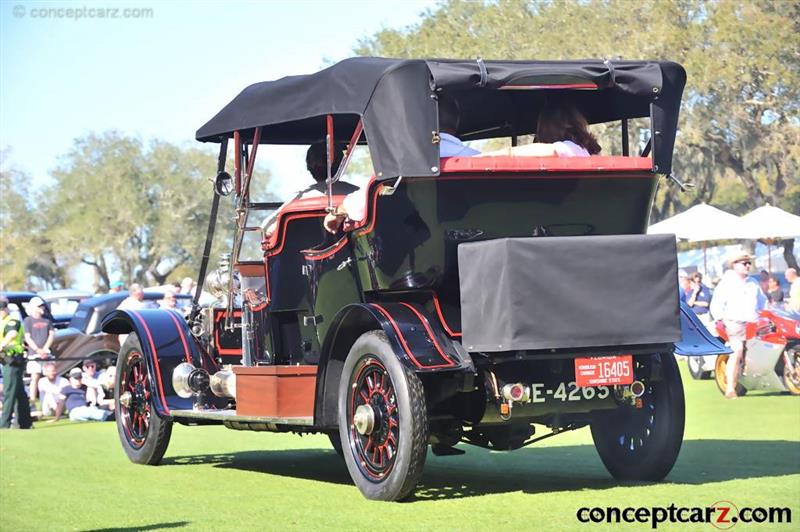