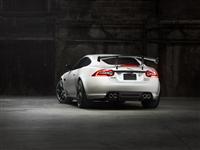 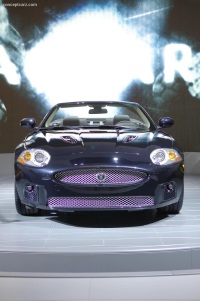 2005 Jaguar XK
Original Price: $74 - $70,495
Average Auction Sale: $17,624
Median Auction Sale: $17,625
By the early 2000s, cars were evolving at an unprecedented pace. Every year manufacturers seemed to be eking out more power, more efficiency, and more performance, all backed up by more computers and more electronic driving aids. Emerging technologies were bundled into the automotive package, creating cars that could double as cell phones and MP3 players.

Yet at the dawn of this technological revolution, Jaguar was out on a tea break. That proud jungle cat, the producer of some of the world's finest and most advanced sports cars in the 1950s and 1960s, had grown lazy and set in its ways under foreign (read: Ford) control.

Ford was by no means incapable of running Jaguar well, and the American giant at least helped improve Jag's reputation for unreliability and poor quality control. The approach to running Jaguar was conservative, though, and aimed to keep a few traditionalists happy at the cost of potential new buyers. The advanced performance and styling that had once defined Jaguar had grown stale, leading to quaint caricatures of the brand's past legends. The XJ-series looked like the XJ-series always had—since 1968. The XK-series followed the controversially-styled XJS with a design that borrowed heavily from the original E-Type—of 1961. Jaguar had successfully established a model lineup that effectively looked 30 years behind the times.

That's not to say that Jaguar's cars weren't still beautiful—they were. But the design language had grown far too stale to attract new buyers, and, with dangerously low sales, change was needed to save the company from financial ruin.

Enter the 2005 Jaguar Advanced Lightweight Coupe concept, Ian Callum's ingenious interpretation of what a modern Jaguar should be. This concept, with refreshingly few changes, formed the basis for the Jaguar XK that would be released in 2006 for the 2007 model year.

Though it retained enough design DNA to remain unmistakably Jag, the 2007 XK was a thoroughly modern car. Its design was many years ahead of the outgoing model's, styled by Callum with respect for Jaguar's past but eyes towards the brand's future. The Advanced Lightweight Coupe concept's name was well-founded, and its advanced and lightweight use of aluminum made it into the production XK. The production car was built on a remarkably rigid platform that used aluminum extrusions extensively to reduce weight and increase rigidity. The XK was designed from the beginning as a convertible (Ian Callum considered it easier to make a coupe of a convertible than the other way around), and that fact meant that the XK convertible not only looked as good as the coupe but was also impressively stiff.

The XK debuted with a 4.2L, 32-valve V8 that made 300hp and was coupled with a 6-speed automatic transmission. The supercharged XKR version made 420hp. This was ample power for both cars, but, in an effort to keep up with the competition and avoid the problems witnessed at the outset of the millennium, Jaguar gave the XK and XKR brand new engines for 2010. With displacement increased to 5.0L, the new V8s now produce 385hp in naturally aspirated form and 510hp in supercharged guise.

The XK, now complemented by the impressive XF and brand-new XJ, helped to revitalize Jaguar's ageing image. It represents the sporty car in Jag's small, cohesive lineup, and is a thoroughly modern piece that has earned the right to call itself by those two famous letters that first established Jaguar as a builder of benchmark sports cars in 1948.

1997 Jaguar XK8
Original Price: $65,000 - $87,000
Average Auction Sale: $11,239
Median Auction Sale: $9,050
Recall information
Under the management of British Leyland Motors, and more recently as an independent company, Jaguar has been producing luxury sedans for years. No one ever could have predicted the modern-day Reformation today that is Jaguar after Ford acquired the struggling car company. Jaguar began as a custom coachbuilder in the 1920s and since then has been justly famous for the style of its vehicles ever since.

A prime example of international harmony, the XK8 was 60% produced in the United Kingdom. The transmission was built in Germany, Japan supplied the air conditioning, the tires are Italian, the lighting is French and the ABS are compliments of the U.S. The XJ8 shared the floorplan, the burled walnut and the Connolly leather with the XJS. Featuring a flowing aerodynamic style, the XJ8 had a classic long-hood, short-deck proportions directly to the E-Type of the 1960s as well as the D-Type an XKSS that inspired it. Today the XK8 is still distinctively unique.

The interior of the XK8 is a fine contemporary interpretation of the British tradition, with all the tactile and visual cues of classic English luxury. The instrument panel features a full-width book matched burled walnut veneer, much of the same around the ‘J-gate' shifter in the console and the window lifts on the doors. Hand-cut, hand-stitched leather was featured on the power-adjustable front seats. The Jaguar XK8 also featured front and front side head and chest airbags, stability and traction control systems, powerful four-wheel vented antilock disc brakes.

Introduced in Europe in the late 1996 model year, the Jaguar XK8 is today considered a model classic. Featuring only minor changes up until 2005, the XJ8 has remained the unique choice in the premium sports car class. Creating quite an impact when first introduced, the XK8 was the first new Jaguar to be developed under Ford Ownership. The car took the place of both the venerable XK inline six with roots in the late 1940s, and the V12 developed in the 1970s. Though some features were shared with the XJS, the XJ8 had a considerably lighter and stiffer structure than the XJS chassis. In the front double wishbones were used, and driveshafts served as the top locations links in the rear.

It was the exterior of the XK8 though that made it the fastest-selling sports vehicle in Jaguar history. Paying homage to the Jaguar design past, the new XK8 blended elements brilliantly.

The first 8-cylinder vehicle that was produced by Jaguar, the XK8 introduced the new Jaguar AJ-V8 engine, the fourth all-new engine in Jaguar's history. Available in either two very distinctive styles, the curvaceous coupe or convertible forms with either a supercharged 390hp or naturally aspirated 290hp engine. The Convertible featured a power-operated top that lower, raises and locks into place with just the push of a button and a center-mounted brake light over the trunk.

The Convertible outsold the coupe considerably with four out of five XK8s sold in the U.S. being a convertible model.

The XKR was the supercharged variant. Heralding a change in direction for the company, the XK8 was instrumental in the creation of the resulting S-Type and X-Type.

These models introduced in 1997 were the first-generation XK series that shared its platform with the Aston Martin DB7. Though the platform has been revised extensively, both cars are derived from the Jaguar XJS.

Unfortunately both the XK8 and XKR were given a lower top speed than the vehicle that they replaced due to a computer governor that limited them to a top speed of 155mph. The AJ-V8 has been upgraded and increased in capacity from 4.0 liters to 4.2. Arriving standard with 18-inch alloy wheels, both the XK8 and XKR featured 19 and 20 inch wheels available for additional cost.

Both models featured Jaguar's Adaptive Cruise Control, alone with all-leather interior, side airbags and burl walnut trim. . Offered as optional on the XK8, self-leveling xenon headlamps and a navigation system came standard on the XKR.

To mark important events in Jaguar's history, several limited-edition XKR coupes and convertibles have been produced. Only 250 models of the 2001 XKR Silverstone were released in North America, and featured a high performance package, custom interior, and a Platinum paint finish. The following year, the XKR 100 was produced at a production rate of 270 convertibles and 30 coupes sold in North America. In 2004, the XKR Portfolio was introduced. Only two hundreds units were released in North America. The XKR Portfolio featured 20-inch alloy wheels and custom color interior.

2005 Jaguar XK8 models featured new, larger oval air intake along with a redesigned grille. To lower the car a slightly, the front apron and side rocker panels have been extended downwards.