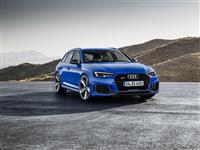 Introduced in 1994, the Audi A4 was a compact executive vehicle built by the German automaker Audi that was the successor to the Audi 80. This vehicle holds the distinction of single-handedly reviving the Audi brand following its large sales slump two years prior. The A4 was available as a saloon/sedan or an estate/wagon. During the 2nd version the model was called the B6 and the 3rd generation was dubbed the B7. A Cabriolet version was also introduced, though it was not retained for the 4th generation which was called the B8. The A4 quickly became a favorite among luxury-car buyers thanks to its sleek look, well-appointed cabin, sharp handling and available Quattro all-wheel drive.
The interior featured a truly European ambience with its firm, comfortable seating, it also featured tight panel gaps, high-quality materials and gave a very supple ride and willing performance.

Internally, the first generation of the Audi A4 was known as the Typ 8D and was introduced in 1994 on the Volkswagen B5 platform which was shared with the fourth generation Volkswagen Passat. The platform featured a longitudinal engine and standard front-wheel drive though many enthusiasts preferred the optional Quattro four-wheel drive system. Originally the A4 was introduced as a four-door saloon/sedan, but the following year the Avant; Estate/wagon showed up the following year.

European customers could opt for a variety of engines that included between 1.6 and 2.8 liters, and a 1.9 L Diesel that was available with VW's new 'Pumpe Düse' technology that was capable of achieving a high power value of 110 PS. At the time, the Audi's 2.8 L V6 that was carried over from the original 80/90 was the only engine option that was available in North America until 1997.

The first model in the Volkswagen Group, the Audi A4 featured the new 1.8 L 20V motor with five valves per cylinder and was based on the unit Audi Sport had developed for their Supertouring race vehicle. Producing 150 PS, a turbocharged version had 155 ft/lb of torque. In 1996, this technology was added to the V6 family, beginning with the 2.8 L V6 30V which now produced 193 PS.

Based on the unit that Porsche had developed for their 964-generation 911, Audi introduced their new Tiptronic transmission on the B5 platform. Offering a choice of driving the vehicle as either a fully automatic operation or with a manual override of the gear ratios, the transmission was a conventional automatic gearbox with a torque converter.

In 1997 a revised B5 Audi A4 range was introduced at the Frankfurt Motor Show. Sales began in Europe in early 1998. Replacing the 2.8 L 12-valve was a newly introduced 2.8 L 30-valve engine. The range received an important addition, the 2.5 L V6 TDI diesel engine with 150 PS and standard Quattro and a six-speed gearbox, along with the new high-performance S4. New updates included new taillights, door handles, headlights, and other minor exterior and interior changes.

Halfway through the 1998 model year, the 1.8T engine was available outside of Europe and had its power output raised to 170 PS. The original KKK KO3 turbocharger was upgraded with a KO3s (sport) unit. The 30-valve unit that had been available in Europe for two years replaced the 12-valve V6 engine. An even higher performance RennSport model was introduced in 1999; the RS4 Avant which was available only in Avant body-style just like the RS2.

The Audi A4 introduced a hybrid version in 1997. Audi was the first European car manufacturer to put a hybrid vehicle into series production, the third generation Audi duo then based on the A4 Avant. Internally, the all new A4 model was dubbed the Typ 8E and was introduced in late 2000 and was now riding on the all new Volkswagen B6 platform.

The all-new styling of the Audi A4 was inspired on the C5; second generation Audi A6. The original 1.6 L base model didn't change, but most other petrol/gas engines received power upgrades or displacement increases. Now available in two additional versions, the 1.8 L 20-valve Turbo came with either 150 or 180 PS, this one came with a standard six-speed gearbox. The naturally aspirated 1.8 L straight-4 and 2.8 L V6 were replaced by 2.9 L and all-aluminum 3.0 L units. The most powerful of these was capable of 220 PS and 221 lb/ft of torque. Upgraded to 130 PS, the 1.9 TDI engine was now available with Quattro permanent four-wheel drive. The 2.5 V6 TDI high-end model was unveiled with 180 PS and standard Quattro. Halfway through 2001 the Avant was unveiled.

Audi upgraded power to the 1.8 Turbo engine for 2002 to163 and 190 PS. The 190 was designated by a red T with both available with Quattro and in the 2.5 TDI intermediate version to 163 PS. Fuel Stratified Injection was also available with a 2.0 engine. The S4 was reintroduced the following year and was now powered by a 344 PS 4.2 LV8 engine. An A4 Cabriolet convertible variant was also introduced and finally replaced the 80-based Audi Cabriolet that had been discontinued in 1998. The variant included an electro-hydraulic operated hood which could be lowered in less than 30 seconds and also incorporated some styling changes which found their way to the saloon version.

Generally regarded as being the best of its type in the entire world, a continuously variable transmission was developed by LuK, named multitronic which was the replacement of the Tiptronic on front-wheel drive models. This transmission was well praised due to its light weight and promptness in response. The use of this transmission was limited to models with a maximum of 229 lb/ft of torque.

The trunk was redesigned to remove the extension of the top edge with a smoother fold line, and the taillight assembly now forms part of the top line. Introduced in the North American market, an 'Ultra Sport package' named Ultra Sport came along shortly before the B6 was replaced by the B7. This package included aluminum interior trim and doors sills, front and rear spoilers, 'S line' steering wheel, side valence and 18-inch RS4 wheels.

In 2004 Audi introduced a very largely revised A4 with the internal designation of B7. The new range A4 continued to utilize the already existing Volkswagen B6 platform, a chassis derived from the outgoing B6, but featuring heavily revised steering settings, new engine ranges, suspension geometry, navigation systems and chassis electronics. The internal platform nomenclature used PL46 for both B6 and B7 chassis. Also unchanged from the B6 A4 were the Typ 8E and 8H internal designations.

Many additions were added to the engine lineup. FSI, or Fuel Stratified Injection was introduced in 2005 on the 2.0 TFSI and 3.2 V6 FSI petrol/gasoline engines along with other refinements, and increased power output to 200 and 255 PS. Both engines utilize a four-valve cylinder design. The earlier 5-valve design was not compatible with the FSI direct injection system. Combining Pumpe Düse, or PD, technology, the 2.0 TDI diesel engine with 16 valves for the first time, and the larger 2.5 TDI was increased to 3.0 L offering 204 PS Quattro permanent four-wheel drive remained available on most A4 models. The 5-speed manual transmission was finally deleted in favor of a 6-speed. Once again, multitronic transmission is available on front-wheel drive models. A 6-speed Tiptronic transmission is available on Quattro four-wheel drive models.

Audi reintroduced the ultra-high performance RS4 to the lineup, in addition to the higher-performance S4 which carried over the powertrain of the B6 S4. This was the first time on the saloon/sedan and Cabriolet body with a normally aspirated 4.2 V8 FSI engine. The 3rd generation Torsen T-3 quattro system used a ‘default' asymmetric 40:60 front-rear torque distribution.

Introduced in late 2005, a limited edition variant was dubbed 'DTM Edition' and was reintroduced in 2006 as a regular option. The 2.0T FSI engine was now engineered to 220 PS wit standard Quattro. In the same manner of the C6 Audi A6, the front grill assembly has changed to be a tall trapezoidal shape. Arriving later than the other two body variants, the B7 Cabriolet model was introduced. Sales began in February of 2006. The Cabriolet featured an entry-level 2.0 TDI version.

Offering many safety features, the Audi A4 featured side airbags, anti-lock brakes, Electronic Stabilization Programme and its available Quattro four-wheel drive. The Audi A4 also received the IIHS 'Top Safety Pick For 2007'. The A4 Avant with the diesel engine is considered to be the most reliable vehicle available on the market according to 2007 Swedish vehicle inspection data, with vehicle inspection rejection rate of 0.0% in 3 year old category. Face-lifted and rebadged, the B7 series became the SEAT Exeo in 2008 with styling changes to both the front and rear, and also incorporated interior trim from the A4 Cabriolet.

In August of 2007, Audi introduced photos, the first official photos of the B8 series A4. The vehicle was unveiled to the public at the September 2007 Frankfurt Motor Show. Available models were the Saloon/Sedan and the Avant (estate/wagon). The Avant debuted at the March 2008 Geneva Auto Show.

Built on a variant of the Audi Modular Longitudinal Platform, the B8 A4 was constructed on a platform which was also utilized in the Audi A5 coupe. Earlier A4 chassis were limited in wheelbase because of the relationship between the engine, front axle and transmission, and the MLP allows for a reduced front overhang. This resulted in a greater wheelbase length without he same increase in overall length. The center of gravity is now effectively redistributed rearwards, which now improved handling by effectively balancing vehicle mass in between the front and rear axles. The front:rear weight ratio of B8 A4 is approximately 55:45 depending on the body style and engine. Handling was also improved over earlier A4 platforms due to the relocation of the steering rack in front of the axle.

The length of the B8 A4 was also increased in length by 117 mm (4.6 in) over the earlier Audi B7 and gave room for additional seating legroom. The curb weight dropped around 10%, the trunk was increased to 17 cu ft. for the saloon version. With the rear seats folded down, the A4 Avant has a maximum capacity of 1,430 liters. Introduced in the China market in November 2008 was a long wheelbase version called the A4L. This model came with a 2.4 inch longer wheelbase and 2.0 inch longer length.

In 2004, the Audi Sport A4 DTM was introduced and was entered into the Deutsche Tourenwagen Masters series. The DTM was a V8 engined silhouette racing car that resembled the A4. These vehicles are identified by Audi Sport R-series designations.

Today buyers can purchase an Audi A4 in convertible, sedan and wagon configurations. The wagon and A4 sedan are in their fourth generation which began in the 2009 model year. The newest A4 sedans and wagons feature more interior room, more high-tech gadgetry and improved driving dynamics. Since convertible A4's have not yet been produced on the four-generation current platform, the Audi continues to be sold in 3rd generation models.By Jessica Donaldson
Audi Models
80
A1
A3
A4
A5
A6
A7
A8
Front 225
Q3
Q5
Q7
Quattro
R15
R8
RS 7
RS4
RS5
S1
Sport Quattro
TT
UW 220