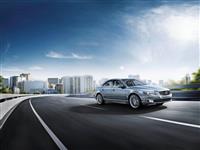 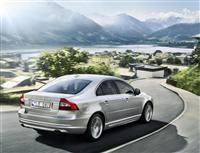 2002 Volvo S80
Original Price: $49,950
Average Auction Sale: $4,525
Median Auction Sale: $4,525
Recall information
Introduced in the spring of 1998, the S80 was Volvo's large new premium sedan and which eventually became one of Volvo's most important design symbols over the years. Retiring the rear-rive S90 in 1999, the newly released front-wheel drive S80 was remade into the new flagship luxury sedan for Volvo. Sharing the same Volvo P2 platform as the V70, S60, XC90 and XC70, the S80 was never produced in wagon form.

With immediately recognizable large wave-shaped tail lamps, and a much more curvaceous design, and a windscreen and rear screen with pronounced curvature. The pronounced haunches and the V-shaped bonnet became classic Volvo features that have been further enhanced in this model.

The sedan also featured generous comfortable space for five passengers. The Volvo S80 was also fitted with a unique powertrain that featured a transversely installed six-cylinder in-line engine. Newly advanced safety features were also introduced in this model which included built-in protection against neck injuries and inflatable curtains. Other safety enhancements included crumple zones, front passenger airbags, and Volvo's WHIPS system, which was designed to slide the front seatbacks an headrests rearward to minimize whiplash in the event of a rear-end collision.

Rather than the strict straight lines of previous Volvo's interiors, the S80 instead incorporated rounded shapes along with smooth, flowing transitions. The front passenger seat backrests were also able to be folded flat, while the rear seat split-folds.

The exclusive S80 Executive was the top model in the range, and featured equipment and comfort that was of a truly exceptional standard.

During its first year in production, the Volvo S80 had already collected numerous awards, including the Prince Michael Road Safety Award for the Inflatable curtain. Italian motoring organization and magazine Automobilia proclaimed the Volvo S80 as the 'the Most Beautiful Car in the World'. Developed without being limited by the specific demands that are usually involved in manufacturing a saloon and an estate on the same basic platform, the S80 was definitely unique. A total of 21,800 units were produced and sold during the Volvo S80's first year of production. Production was undergone at the Volvo Cars Torslanda factory in Göteborg, Sweden.

Launched in Europe, the Volvo C70 Convertible was introduced, and received it largest success in the United Kingdom. The C90 Coupe received a new 165 bhp non-turbo engine option. More than twenty awards and prices were won for the Volvo C70, S80, S70/V70, 850, 940/960 and S40/V40 in the year of 1999. Actual sales targets were exceeded in the US, the Netherlands, Spain, and Sweden for the Volvo S80.

The Volvo S80 featured incredibly preventive safety standards that were incorporated into its design features, with the aid of a sturdy chassis, consistent and predictable behavior and torsional rigidity in the body of the Volvo. In accordance with Volvo's modern powertrain concept, a range of five and six cylinder engines were installed transversely in the Volvo S80. These were designed for low vibration allied to high torque in a wide rev range, allowing for a smooth operation.