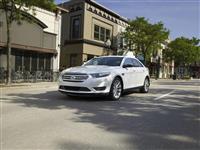 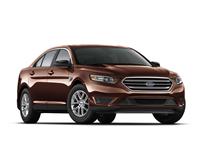 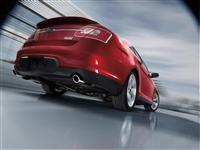 Introduced in December 1985 as a 1986 model, Ford unveiled the Taurus with its smooth, jellybean-like body. One of the slickest vehicles in the world, the Taurus had an aerodynamic drag coefficient of only 0.29. Instantaneously winning over thousands of fans, the Taurus was a huge success. The name Taurus came from the Latin word meaning ‘bull'. During its 20 years of production, Ford sold nearly 7 million Taurus's throughout its lifetime. Most Taurus's were built in either Chicago, Illinois and in Atlanta, Georgia.

A bold new step in US automobile design, this was the first time in many decades that an American manufacturer was building a world class car. Inspired by successful European designs, which were making huge steps in the US premium sedan market, Ford took a huge gamble in basing its main profits on this vehicle.
Weighing in around 3,200lbs, the front-wheel-drive midsize Taurus rode on a 106-inch wheelbase. All models except the LX featured the base engine, a four cylinder of 2.5 liters and 90 horsepower. Most buyers chose the optional 3.0-liter V6 that put out an impressive 140 horsepower. Transmission options were either a five-speed manual or three-speed automatic, while the V6 only came with a four-speed automatic gearbox.
.
In 1988 a larger 3.8-liter V6 engine became optional for all Taurus's and all Sables. Rated at the same horsepower as the standard 3.0-liter V6, the bigger engine produced more torque and was better off-the-line response, which was helpful in drag races.

Ford introduced the Taurus SHO in1989, which was a special treat for driving enthusiasts. Featuring a 220-horsepower, 24-valve, 3.0-liter Yamaha engine along with a sport suspension package, the SHO was a magnificent vehicle. Continuing with the serious, performance-oriented theme of the vehicle, the interior featured a 140-mph speedometer, an 8,000-rpm tachometer with a 7,000-rpm redline, aggressive side bolsters on the front bucket seats along with a console which featured a five-speed manual gearshift as no automatic transmission was available for the SHO. Reaching 0-60 mph in only seven seconds, the SHO received four-wheel disc brakes along with upgraded handling.

The Taurus received a driver's side airbag in 1990 along with a revised instrument panel. Antilock brakes were newly optional on sedans only, and a compact disc player. The three-speed unit that was formerly mated to the 3.0-liter V6 was replaced with a four-speed automatic.

The following year a much-need boost in power was made to the four cylinder engine, bumping it from 90 horsepower to 115. No increase in its output, but the 3.0-liter V6 received sequential fuel injection. The SHO also received a few updates as well that included larger 16-inch tires and wheels while the manual gearbox and clutch were modified for smoother operation.

A larger 3.2-liter version of the DOHC V6 was introduced in 1993 and came with automatic SHOs. Though peak horsepower was the same as the 3.0 motor, more torque down low offset the fitment of the auto gearbox. The SHO also received a decklid spoiler with integrated stop lamp along with chrome dual exhaust outlets. To make the Taurus even more competitive in the tough sportscar market segment, more standard equipment that included AC and a rear window defroster were added to lower-line models.

Every year the Taurus took the title of 'Best-Selling Car in America' from 1992 through 1995. Many changes were introduced for the 1996 Taurus. Under the hood was a new ‘Duratec' 24-valve, DOHC V6 with 200 horsepower. The 3.0-liter V6 gained an additional 5 horsepower bumping it up to 145 horses. The SHO also now had V8 power, a Yamaha-engineered, 3.4-liter, 32-valve unit that pushed 235 horsepower to the front wheels. The SHO no longer had a manual gearbox, along with all other Taurus's as now all vehicles featured an electronically controlled, four-speed automatic transmission handled gear changes. Despite of all of these controversial design changes, the Taurus continued with its 'Best-Selling Car in America' streak for yet another year.

For 1997 engineering was on everyone's mind as a variety of changes occurred for the 3.0-liter V6, and the Taurus didn't lag behind. The V6 motor was modified to run cleaner and even received California's low-emission vehicle status as a result. Along with standard gasoline-fueled version, the 3.0 offered two 'flexible fuel' options. One option allowed the engine to run on mainly methanol while the other ran on mostly ethanol.

The standard engine for the LX and SE models was once again the 145-horsepower V6 in 1998. The SE featured an optional Sport group that put the 200-horsepower Duratec V6 in the engine bay along with a spoiler on the trunk lid. The grille was slightly updated as a horizontal bar was inserted into the ‘mouth', and the orange taillights were replaced with clear lenses. The second generation airbags were replaced with more safe ones that were designed to reduce the chance of airbag related injuries; this debuted on the 1998 models.

For 1999 models safety was the big selling point as both the Taurus and the Sable received the government's highest rating for frontal crash tests. The largest selling point in the sportscar market was that both the sedan and wagon body styles garnered five stars for driver and passenger sides in the frontal impact test.

The following year a set of 3.0-liter V6 engines remained as the source of propulsion. The base version featured 155 horsepower and a higher-output 24-valve twincam unit that produced 200 horsepower. A four-speed automatic sends the power to the front wheels either way. The SHO was discontinued in 2000.

For 2000 the Taurus received yet another redesign as it minimized some of the oval design elements from the 1996 model. A taller roof over the rear-passenger space was featured in the redesign to increase passenger headroom that was sacrificed by the tapered '96 design. Making the vehicle more functional, the taller and roomier trunk also added points.

The interior of the 2000 model was completely replaced for a much more conservative design. A few elements of the interior were kept from the 1996 model, such as the integrated control console which combined the sound system and climate controls into one panel. To appeal to a broader, non-sporting audience, the suspension was also softened. The four-wheel disc brakes along with many other features were eliminated to reduce the price and increase profitability.

For 2002 the Taurus now included extra equipment on every trim level that included a CD player and power driver's seat on the SE, a power moonroof or leather interior on the SES. Both of these luxury options were found on the SEL. Optional on all models now were side airbags and traction control.

The Taurus received minor cosmetic changes to both the front and rear fascias, including an eggcrate grille for 2004. A new instrument cluster and steering wheel were installed for this same year.