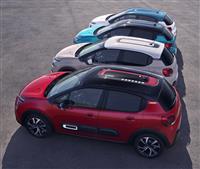 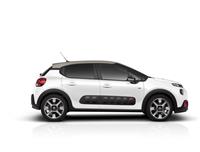 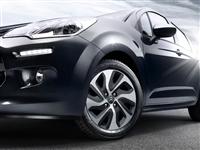 1999 Citroen C3
Since 2003 the Citroen C3 is a supermini automobile that has been produced by the French manufacturer Citroën. Introduced as the replacement for both the Citroën Saxo and the smaller 3-door Citroën C2, the C3 is considered to be the evolutionary turning point for the company. Restoring the public's desire for fun, quirky designs, the C3 was designed by Donato Coco and Jean Pierre Ploué. Ploué, the head of the Citroën design team since 1999 is best known for the design of the Renault Twingo.

Similar to the Saxo, the C3 featured an engine lineup that included a 1.1L, 1.4L and 1.6L petrol engines, along with a 1.4L diesel. The C3's chassis will also be used for the upcoming Peugeot 1007, in accordance with PSA Group policy. Many components of the C3 are identical to those of the Peugeot 206.

All C3 models came with the option of a five speed manual transmission except for Stop & Start. This system can automatically cut the engine when not needed to save fuel, such as in traffic, and restart quickly and efficiently to start again. This could only be supplied with Citroën's SensoDrive gearbox, a five speed semi-automatic transmission which has two shifting options of either the fully automated mode, or the paddle-shifted/gear-shifted manual mode. The only versions that has the option of a four speed fully-automatic transmission is the SX model

Featuring the most spacious interior in its class, the C3 sought to correct the previous Saxo's lack of spaciousness and its title of ‘least spacious in the supermini sector'.

In July of 2003 the C3 Pluriel was introduced, which can be configured as a convertible, a pick-up or a closed car due to its folding metal roof. The C3 Pluriel can be seen as a descendent of the utilitarian Citroën Méhari and 2CV due to its adaptability.

In 2005 the C3 underwent a minor redesign that featured a slightly refined exterior styling. In 2006 the front end of the C3 was redesigned to include a more imposing bumper, wider lower air intake, a re-positioned number plate and single air intake slit below the restyled radiator grille. The rear of the C3 now featured newly designed lights with crystal colored mid-sections. A restyled dashboard with high-quality finish was also featured in the passenger compartment along with a new, modern instrument cluster that made the driver information much easier to read. The interior of the C3 was also enhanced with the addition of light metallic grey embellishers around the central section of the fascia and air vents. The front and rear door panels and trims were also re-designed. Citroën also now featured the addition of a new 1.6HDi 16v 110bhp diesel engine. The Pluriel remained virtually unchanged.

In 2007 a mini MPV version of the C3 was reported to have been marketed as the C3 StreetLounge.


The C3 Pluriel has been rated as one of the safest cars in its category, which confirmed the high evaluation test EuroNCAP. Guaranteed comfort for travel, the Citroen C3 Pluriel is fitted with a most reliable engine and equipment. The Pluriel featured a 1.4i engine with a capacity of 54 kW SEE and at 5400 rpm has a maximum torque of 118 Nm at 3300 rpm.

Box SensoDrive transmission aids in reducing fuel consumption doe to a more rational choice of automatic transmissions work when compared with the manual. Keeping both hands on the wheel, high speed transmission is achieved with having to use pedal adhesion. She FinBin helps to reduce tiredness, and if possible, avoid the stress of urban driving, while saving fuel and providing maximum pleasure achieved from comfortable driving.