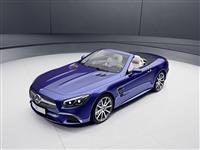 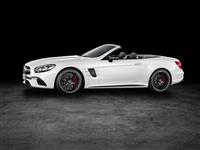 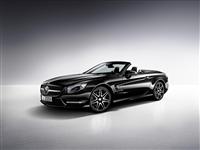 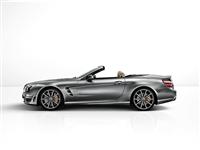 1991 Mercedes-Benz 300 SL
Average Auction Sale: $8,767
Median Auction Sale: $6,500
The classic Type 107 Mercedes-Benz bodyshell was retired in 1989. It had served a long and prosperous life, lasting almost two decades, and captured the hearts of enthusiasts from around the globe. The new Type 129 body style was equally appealing and sleek in a modern idiom. The Type 129 body style was used for three different engine types: 6.0-liter V12, 5.0-liter V8, and 3.0-liter straight-six. The 300SL was given a fuel-injected six that was available in both 12- and 24-valve versions, the latter being 41 horsepower more powerful at 231 BHP, the only available option in the United States, and offering improved performance with zero-to-sixty mph taking just 8.4 seconds. The top speed was in the neighborhood of 150 mph. The vehicles were so impressive that even the late Princess Diana replaced her XJS with a 500SL in 1992. This was the first time a member of the British royal family acquired a car not built in their own Kingdom.

1963 Mercedes-Benz 230SL
Average Auction Sale: $73,194
Median Auction Sale: $49,500
Chassis Profiles
Total Production: 19,831
In 1963 the Mercedes-Benz 230 SL, internally dubbed 'W 113', was displayed to the public as a replacement for the 190 SL and the legendary 300 SL. Both had been extremely popular automobiles. The 230, 250, and 280 SL comprised the third generation of the Super Leicht, meaning Super Light. The 230 SL was able to continue the proud tradition established by its predecessor by doubling the sales rate when compared with the 190 SL models' best year.

The 230 was a revolutionary design for the Mercedes SL model line, dressed in elegantly squared surfaces and proportions and offered as a GT two-seater roadster or coupe. It was a drastic restyle when compared to its predecessors. The 230, 250, and 280 SL were powered by an inline-six-cylinder engine and outfitted with front disc brakes and a single pivot independent rear suspension. The 230 SL was capable of 125 mph and was available with either an automatic or 4-speed manual transmission. It was the first time an SL had been offered with an automatic transmission. A third version was introduced in May of 1966 with a 5-speed gearbox.

It was not only a fast car but a safe car with its use of deformation zones located in the front and the rear. The roadster version even had a collapsible hood. Production continued until 1967. During its final year of production, there were 135 examples produced. The entire production was nearly 19,400.
By Daniel Vaughan | Nov 2007