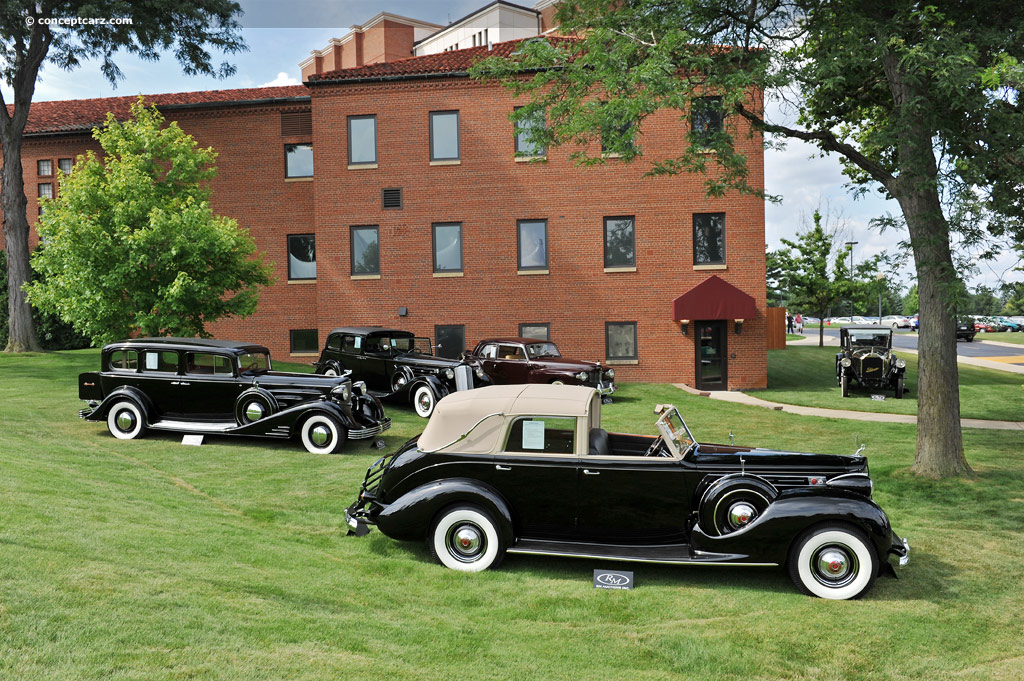 Since 1939 was the last year for V-12 Packard's, All V-12's were manufactured on order only, there were 446 built, of the 86 that were the same model as this, there are only five known survivors.....[continue reading]

Over the course of 1939 only 446 Packard Twelves would be built. Among those, it is estimated that fewer than ten would be examples of Brunn's touring cabriolets. This then, is one exceptional Packard. But the distinguished nature of this car doesn't....[continue reading]

Packard Motor Car Company was in business in Detroit, MI from 1899 to 1958. This prestigious Packard Series 1708 V-12 is rare with limited production and is constructed on the relatively short wheelbase of 139 inches. This 5-passenger formal sedan ....[continue reading]

Packard produced their 'Twin Six' model from 1916 to 1923. They had a long pedigree with the twelve-cylinder engine. When the multi-cylinder wars began to escalate in Detroit during the 1930s, Packard resurrected the Twin Six name with a completely....[continue reading]

Packard's twin-six engine was ready for the 1932 model year and was a completely new engine. It was positioned at a 67-degree vee and had a displacement of 445 cubic-inches which meant it was 20 more than the old engine. Even with this small amount....[continue reading]

This 1939 Packard Twelve Bohman & Schwartz Sport Sedan was a 'one-off' according to the book 'The Packard Story' and was the most expensive Packard built in 1939. It features a leather top with hard top type windows. The car was built for the Weyer....[continue reading]

1939 was a very significant year for Packards, as it was the last year for the Packard 12-cylinder automobiles. For 1939, fewer than 450 examples were built before production came to an end. ....[continue reading]

The Packard Convertible Sedan, style number 1253, accounted for only a small number of sales, with just 20 built. It is believed that fewer than six has survived today. This example is early in the production run with a well-known history and has ess....[continue reading]

The Packard Twelve was built from 1933 to 1939 with over 35,000 examples produced. Introduced in 1939, Packard's 17th series marked the final year for the 12-cylinder model, and it is considered by many to be one of the finest automobiles produced by....[continue reading] 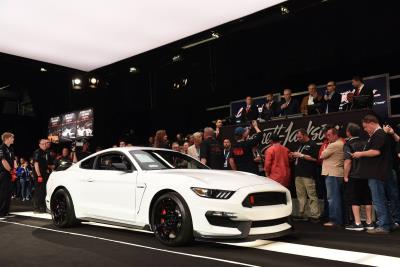 One of only 37 units ever produced, the Shelby belonged to the museums Founding Chairman Bruce Meyer, who has donated all of the proceeds to the Petersen and the Henry Ford Museum LOS ANGELES...